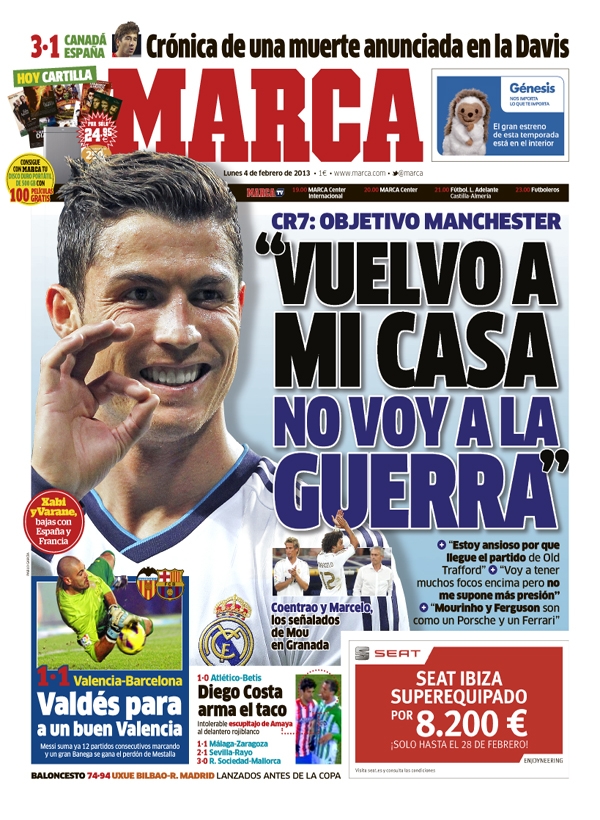 CR7's Objective against Manchester, "I will return home, I am not going to war", "I am anxious because of the game at Old Trafford", "I will have focus a lot but I dont feel added pressure", "Mourinho and Ferguson are like a Porsche and a Ferrari"

Canada 3-1 Spain: The chronicle of the death in the Davis Cup is told 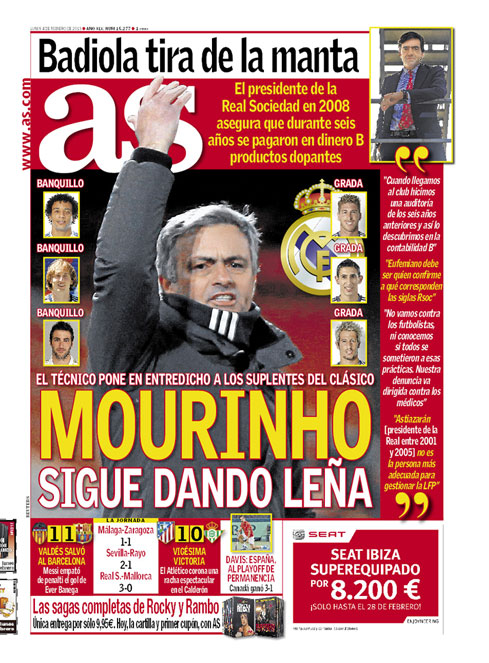 The coach calls into question the substitutes from the Clasico

The truth discovered: The President of Real Sociedad in 2008 assures that for six years they avoided taxes, "When we arrived at the club we made a audit of the last six years and it was so that we discovered money going through the club that was no kept on the official records"; "Enfemiano must be who confirmed the correspondence with the initials, Rsoc", "We do not go against footballers, nor do we know if everyone submitted to such practices. We are denouncing the doctors"; "Astiazaran, the president between Real on 2001 and 2005, is not the person to ask for the LFP"

Valdes rescues Barcelona, Messi equalises with a penalty with Ever Banega

Atletico secure their 20th win, Atletico crown a spectacular win at the Calderon 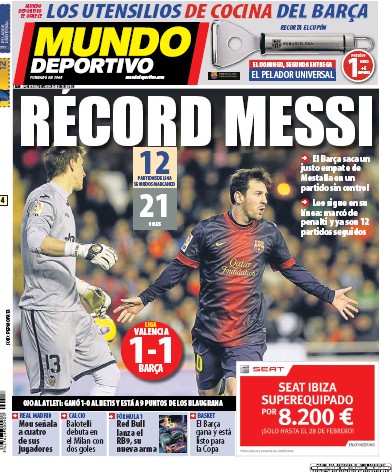 12 consecutive game in La Liga with a goal

Leo continues his streak: scored a penalty and already has now scored in 12 consecutive games

One eye on Atleti: They win 1-0 over Betis and are now just 9 points behind the Blaugrana

Real Madrid: Mou points his finger at four of his players

Basketball: Barca win and are ready for the Copa