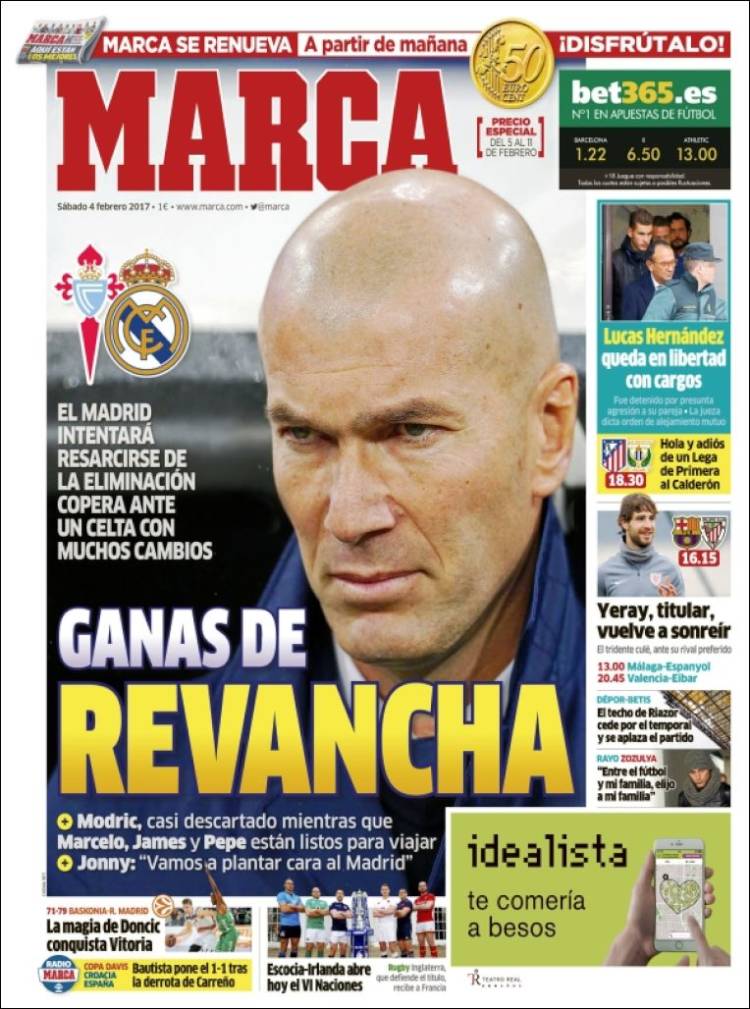 Hello and goodbye from Lega and La Liga at the Calderon

“Between football and my family, I choose my family” 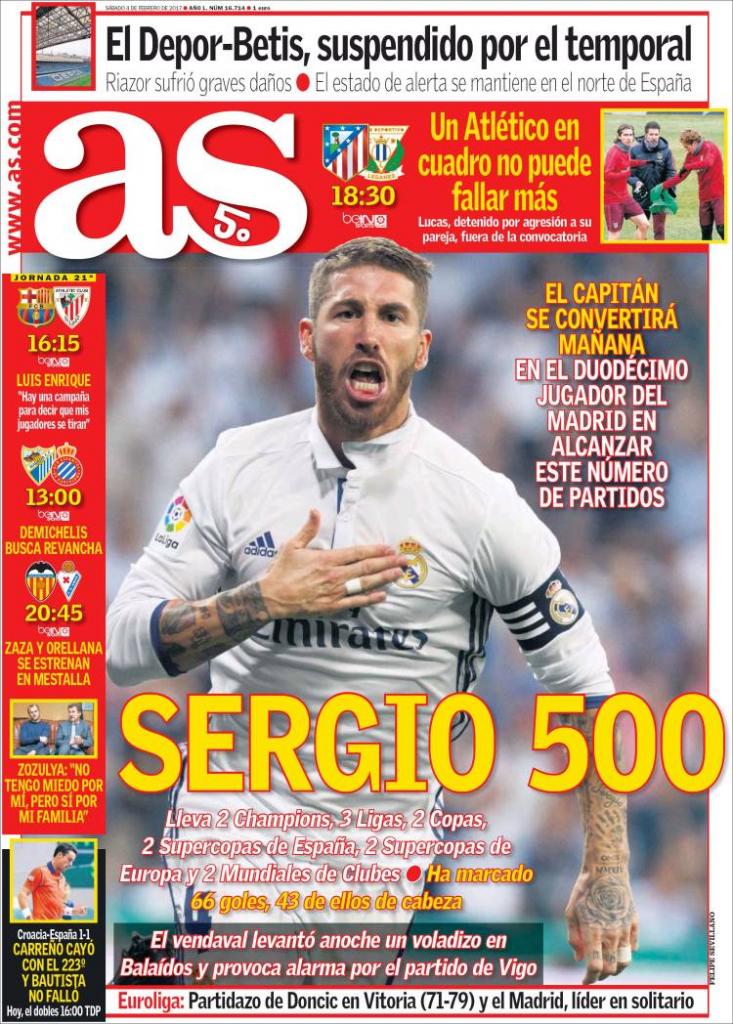 Depor-Betis, suspended by the storm

Luis Enrique: “There’s a campaign to say that my players are throwing themselves”

Zaza and Orellana debut at Mestalla

Zozulya: “I’m not afraid for me, but for my family” 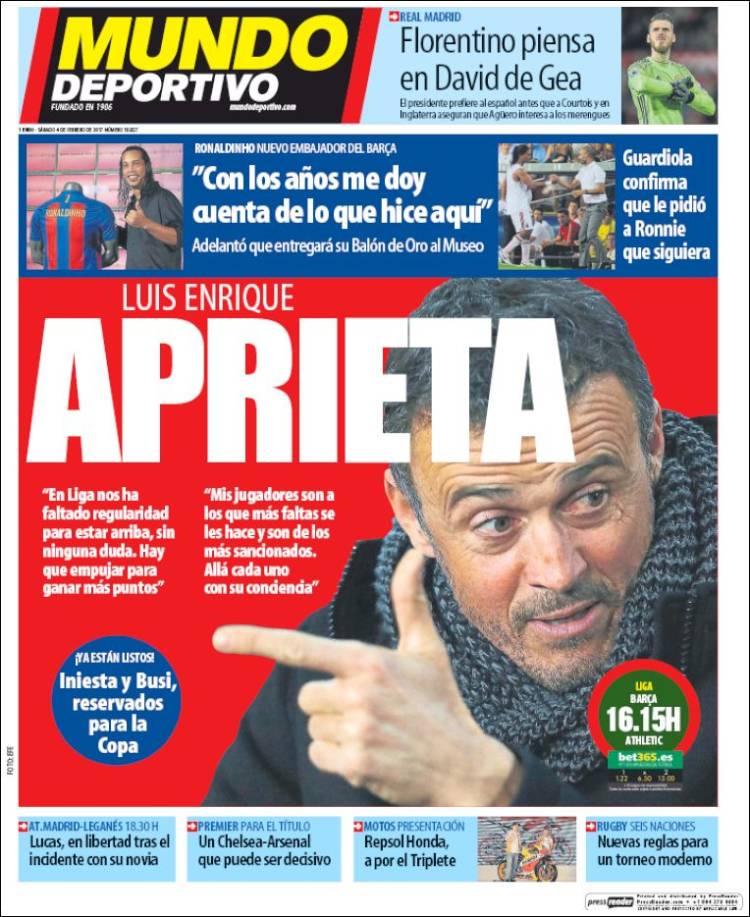 Iniesta and Busi, reserved for the Copa

“Over the years, I’ve realised what I did here”

Guardiola confirms that he asked Ronnie to stay

Lucas, released after the incident with his girlfriend

Premier League, for the title

A Chelsea-Arsenal that can be decisive