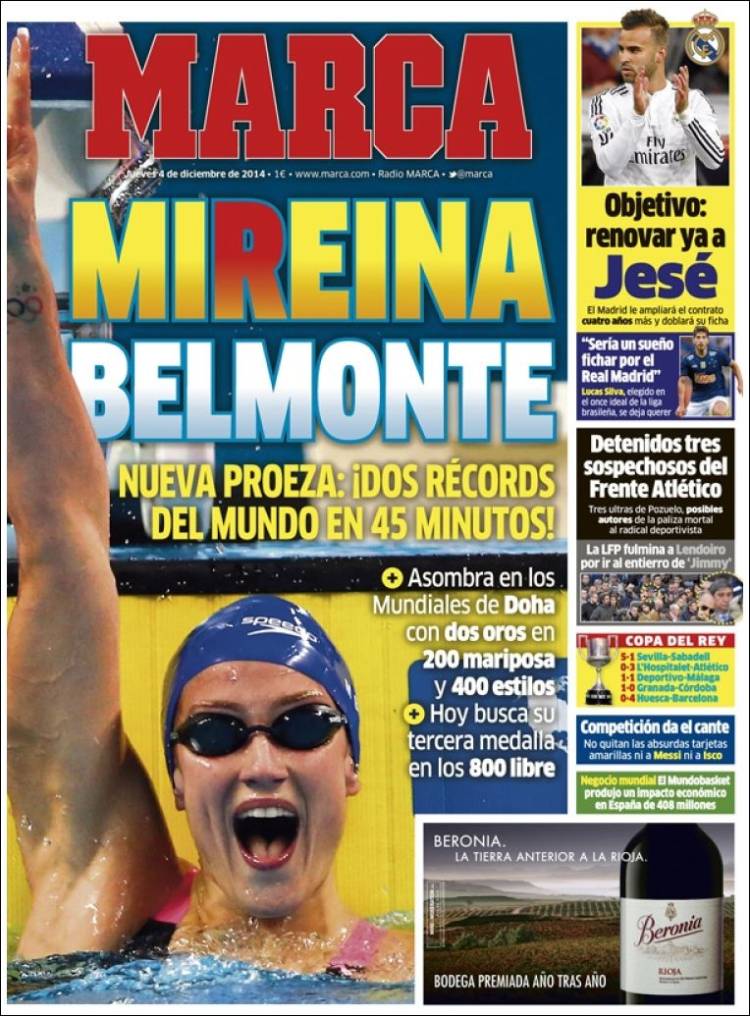 There Ultras from Pozuelo, possible suspects over the fatal blow given to the Deportivo radical

The LFP explode at Lendoiro for attending ‘Jimmy’s’ funeral

Competition sing to the tune 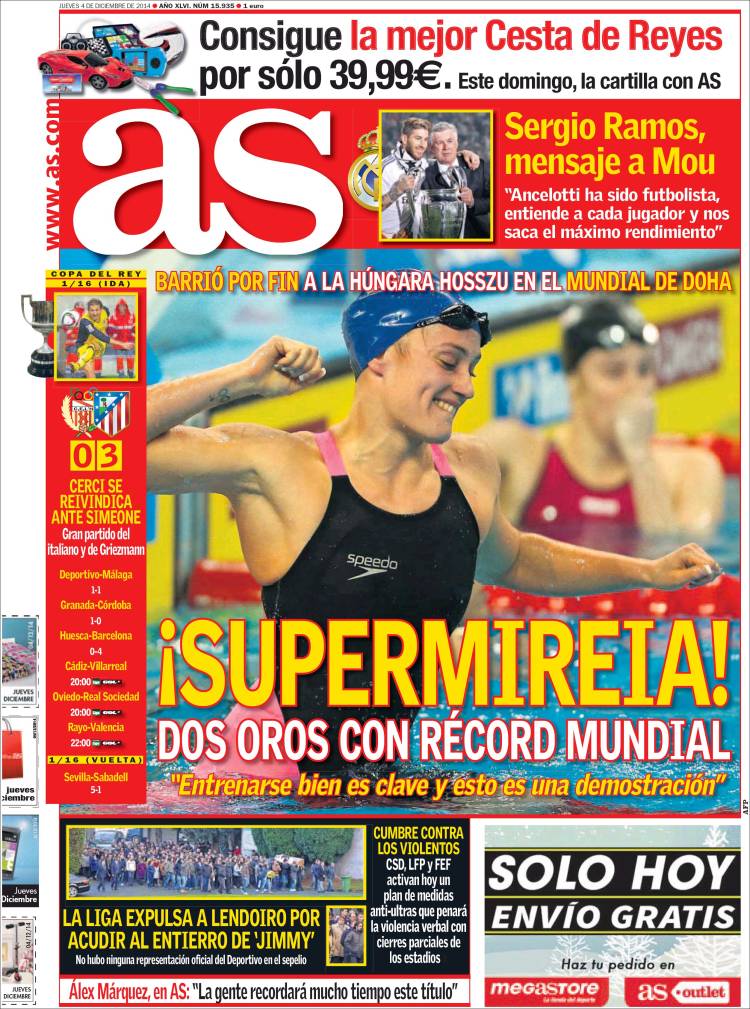 “Ancelotti has been a footballer, he understands each player and gets the best out of them”

Cerci vindicates himself in front of Simeone

Great match from the Italian and also Griezmann 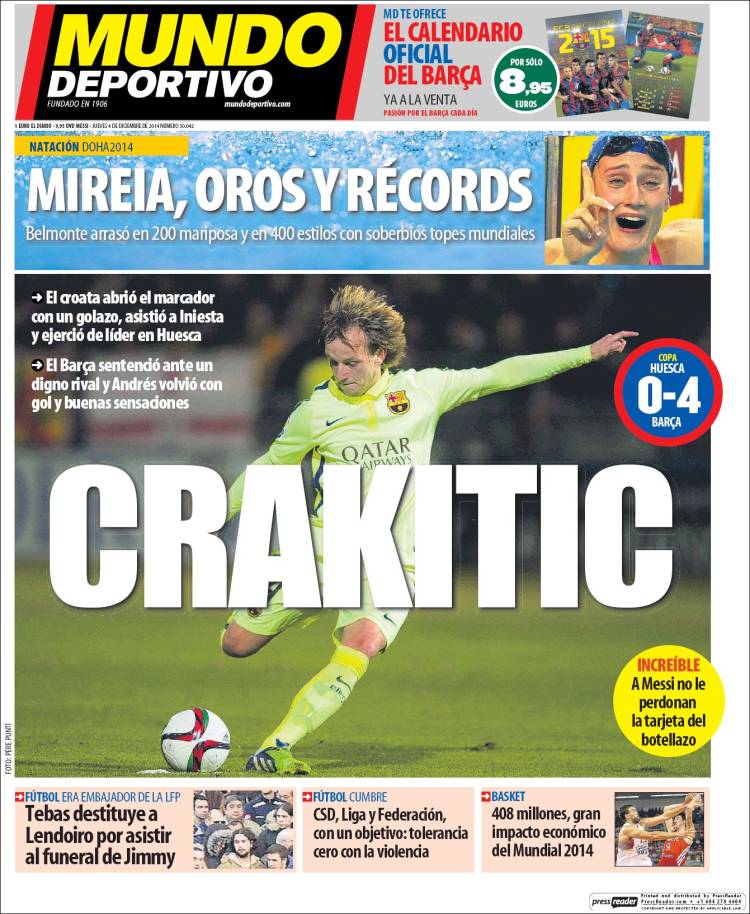 The Croatian opens the scoring with a great goal, provides an assist for Iniesta and leads the team in Huesca

Barca seal the match against a dignified opponent, while Andres returns with a goal and a good feeling

CSD, La Liga and the Federation with one aim: zero tolerance towards violence