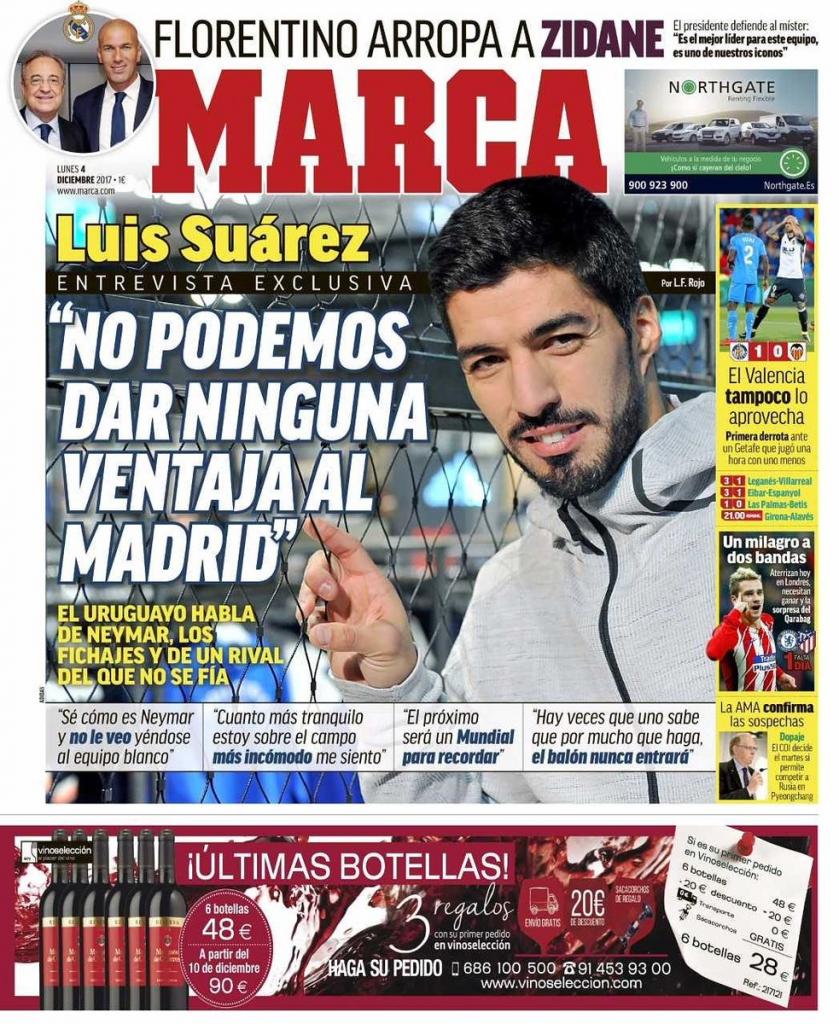 "We can't give any advantage to Madrid"

Luis Suarez talks about Neymar, signings and a rival who he doesn't trust

Florentino defends Zidane - "He is the best leader for this team, he is an icon"

A miracle with two sides - Atleti fly to London today, needing a win and surprise from Qarabag 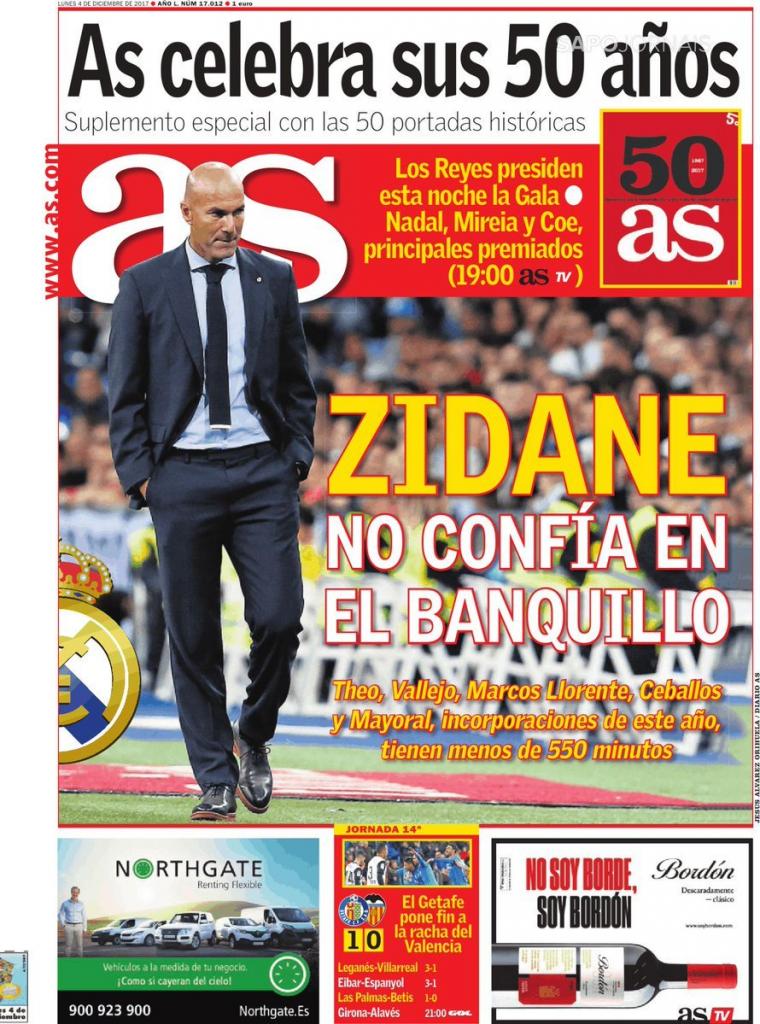 Zidane does not trust the bench 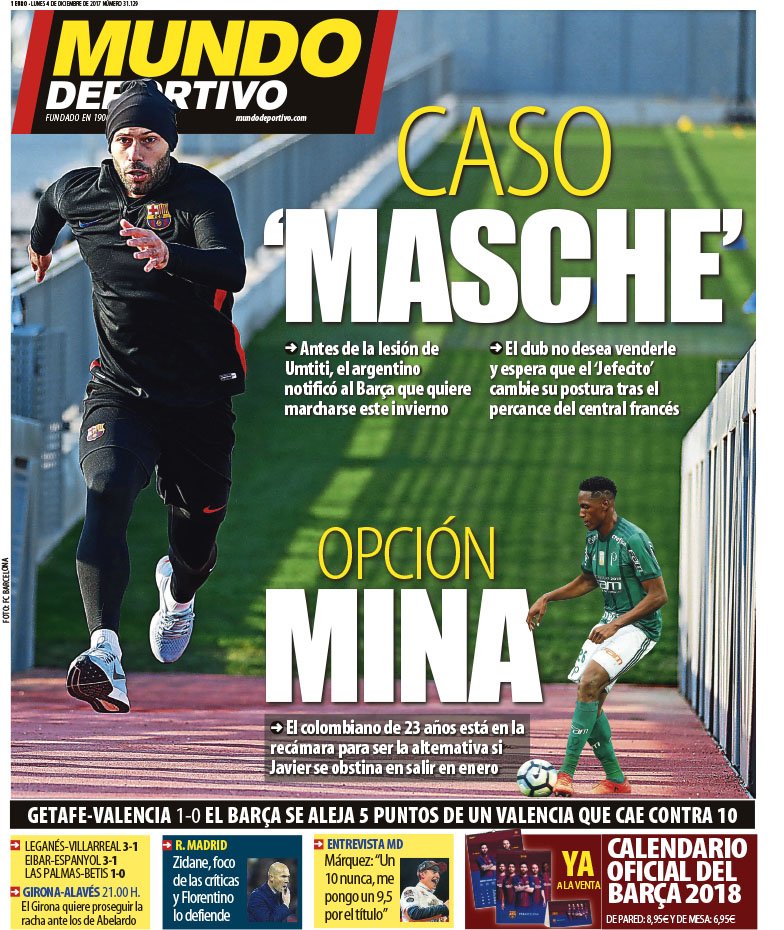 Before injury to Umtiti, he'd told club he wants to leave this winter, club do not want to sell him and waiting for him to change his mind

Zidane, focus of criticism and defended by Florentino