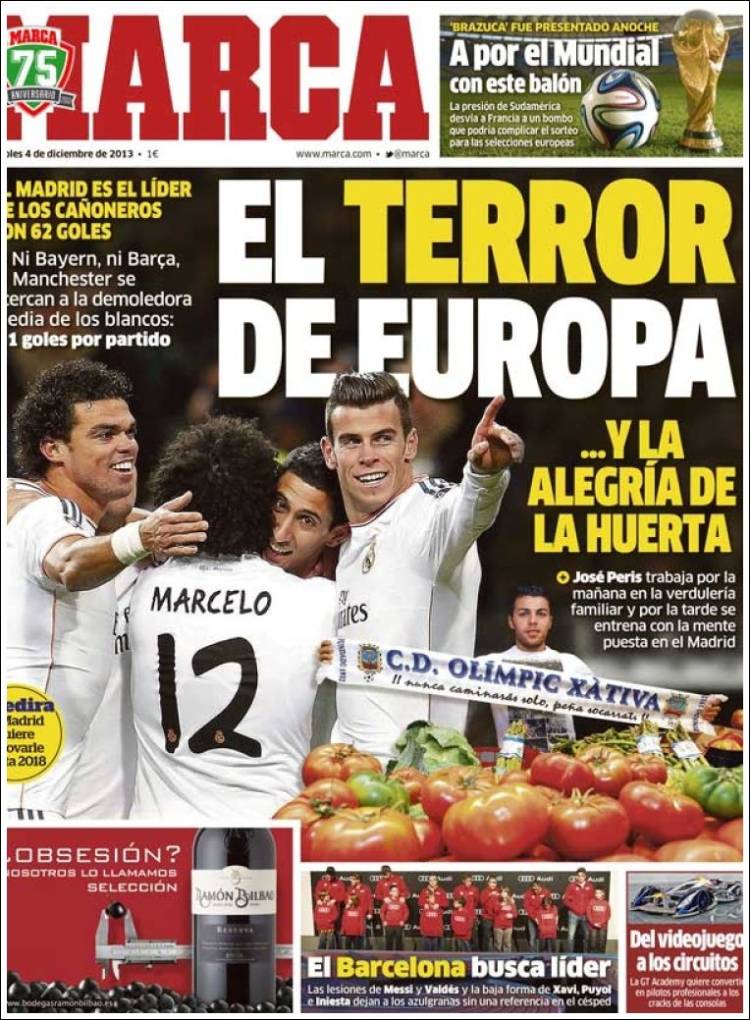 The Terror of Europe

Nor Bayern, Barca or Manchester have scored as much

and the happiness of the vegetable man

Jose Peris, a Olimpic Xativa fan, works in the morning at his family vegetable store and in the afternoon he readies himself for Madrid

Brazuca is the ball for the World Cup

Barcelona look for a leader

The injuries to Valdes, Messi and the poor form of Xavi, Iniesta and Puyol leave the Azulgranes without a reference on the field 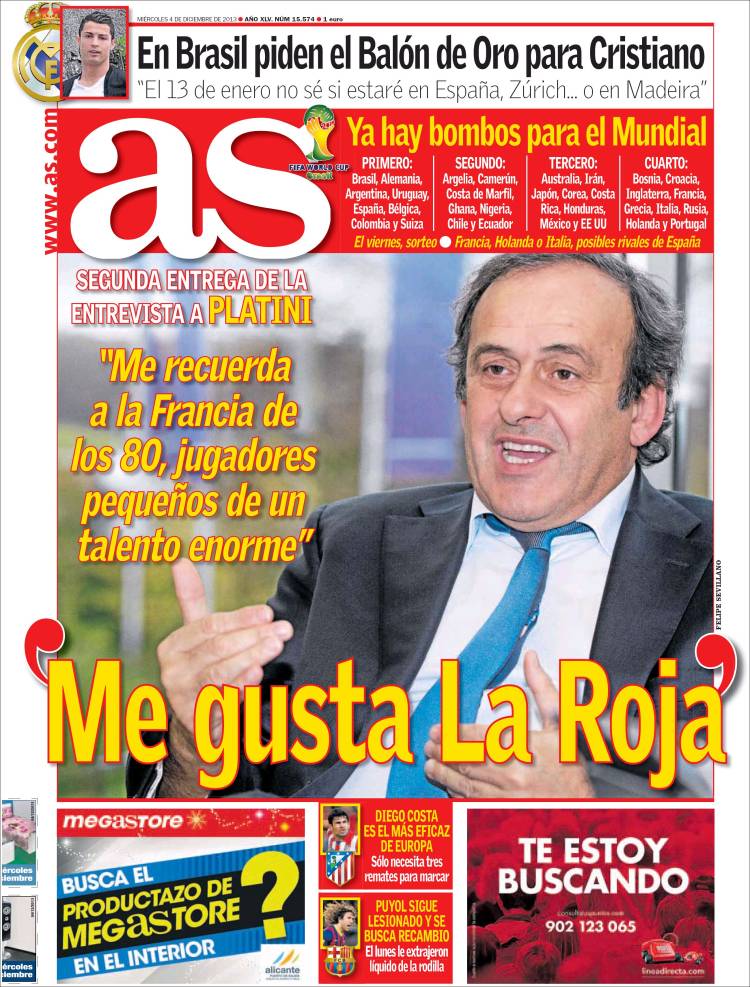 "Spain reminds me of France in the 80's, small players of enormous talent"

"The 13 of January I do not know if I will be in Spain, Zurich or Madeira", Ronaldo

The World Cup pots are made

Friday the draw is made

France, Italy and Holland are possible rivals to Spain

Diego Costa is the most efficient in Europe

He is scoring with every three attempts on goal

Puyol remains out, a replacement is sought 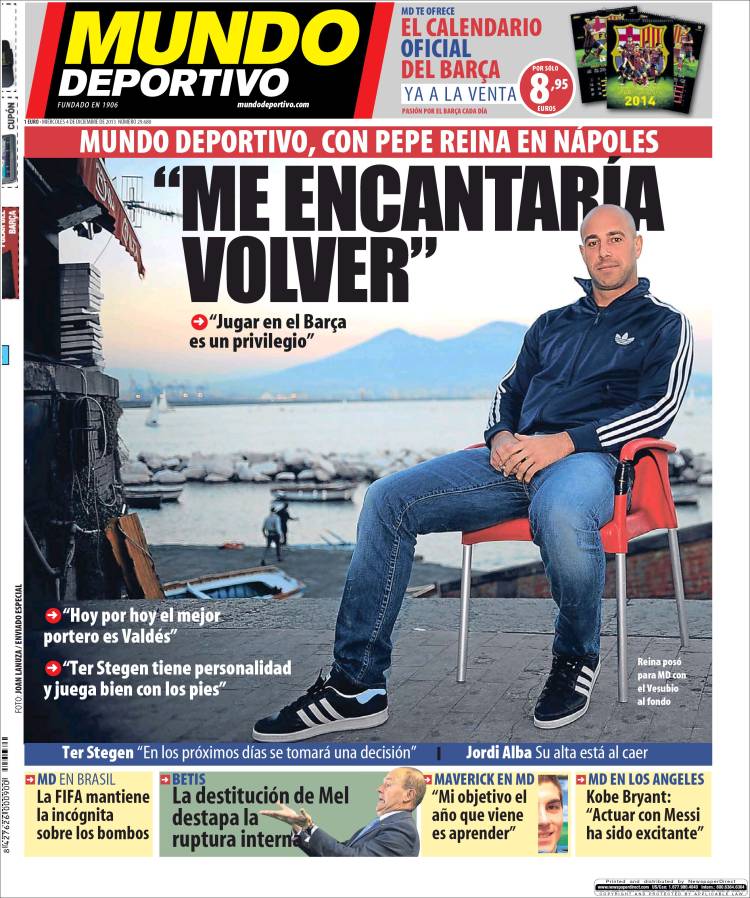 "I would love to return" Pepe Reina

"To play with Barca is a privilege"

"Today the best is Valdes"

Ter Stegen: "In the next few days I will make my decision"