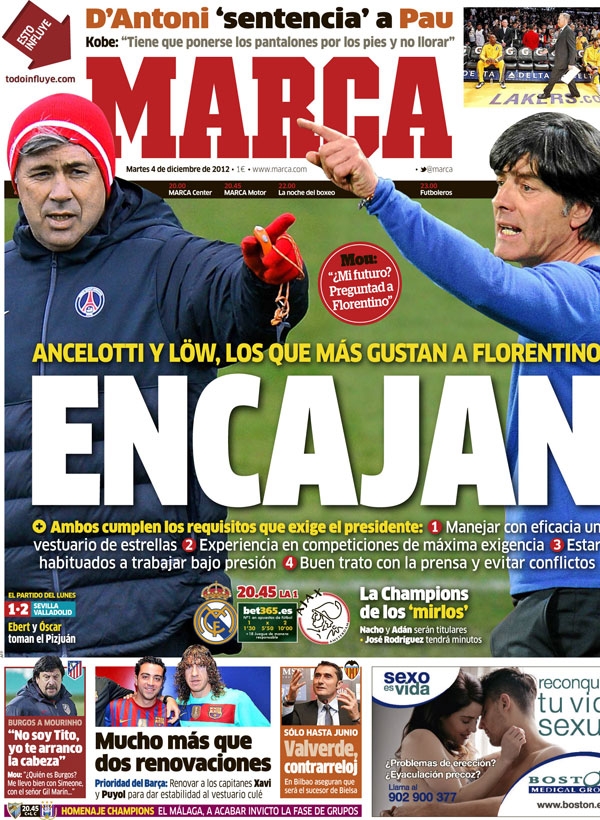 They fit: Ancelotti and Low, the two that Florentino likes the most

Both meet the requirements wanted by the President; they both a suitable for managing a team of stars; experience in the biggest competitions; they know how to work under pressure; both deal in the right way with the press

Real Madrid v Ajax: The champions of the blackbirds

Burgos a Mourinho: I am not Tito, but I will tear your head off

Mou: Who is Burgos? I get on well with Simeone and president Gil Marin

Mucho mas que renovaciones: Priorities for Barca; Renovar a los capitanes Xavi and Puyol to give more stability for the Cules

Only until June: Valverde on a time trial

Kobe: He has to put his pants and not cry about it 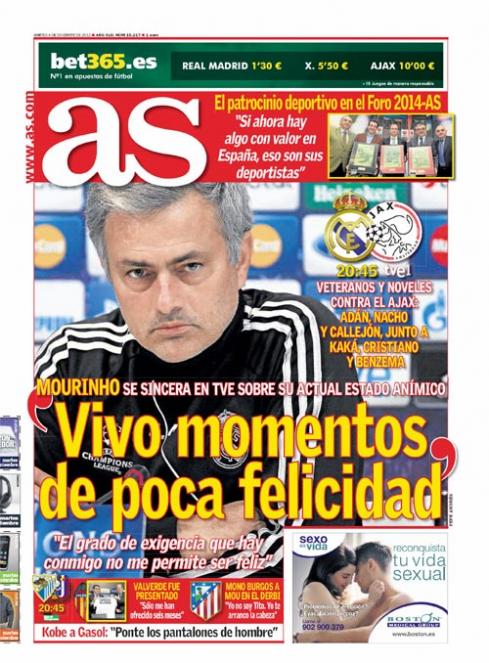 Mourinho: Opens up on TVE over his current situation and state of mind

Valencia: Valverde was presented; “They have offered me six months”

A little derby now between Mou and Burgos: I am not Tito, but I will tear off your head”

Kobe to Gasol: Put on your pants and be a man

Sport sponsorship forum: If now there is something with value in Spain, it is their athletes 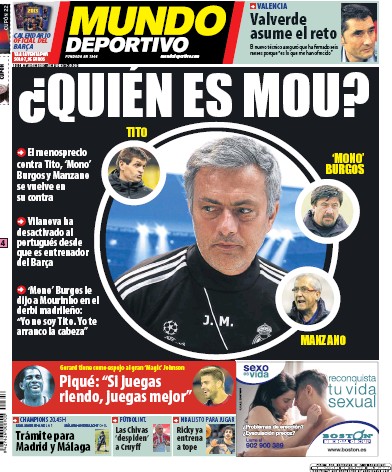 The contempt against Tito, Burgos and Manzano turn against him

Vilanova has ignored the Portuguese since becoming coach

Mono Burgos tells Mourinho in the Madrid derby: I am not Tito, but, I will tear off your head

Pique: If you play smiling, you play better

Gerard’s attitude reflects that of the great Magic Johnson

Champions League: Routine stuff for Malaga and Madrid who have both already qualified

Valencia: Valverde assume control, the new coach says that he has signed for six months, “it is what the offered me”