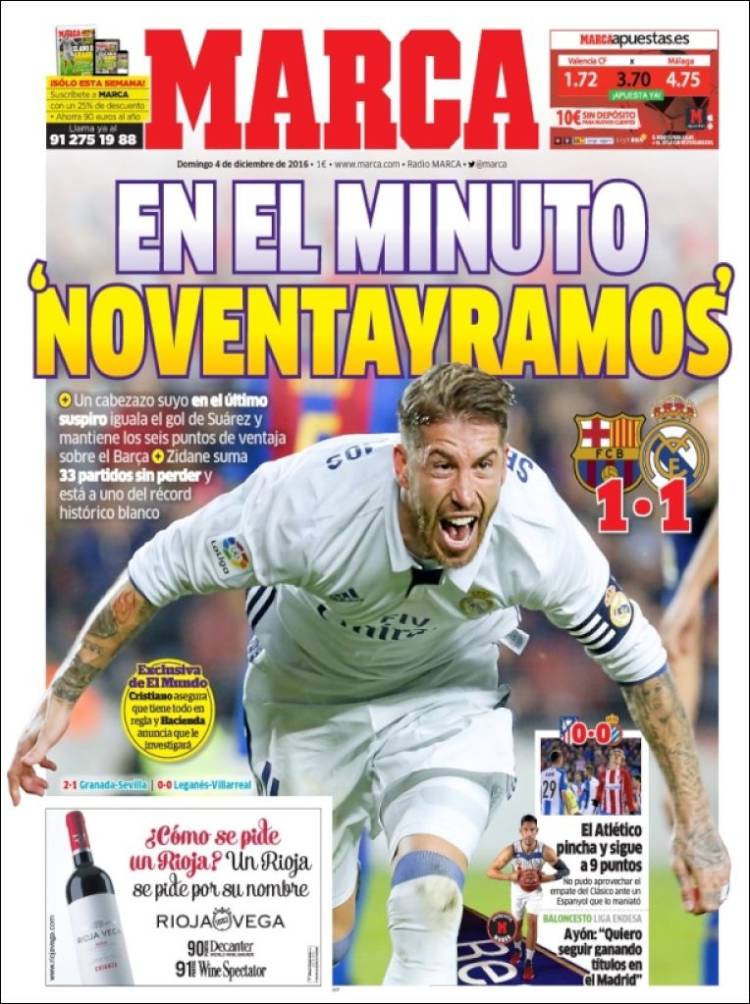 They were unable to take advantage of the Clasico draw against Espanyol, who restrained them 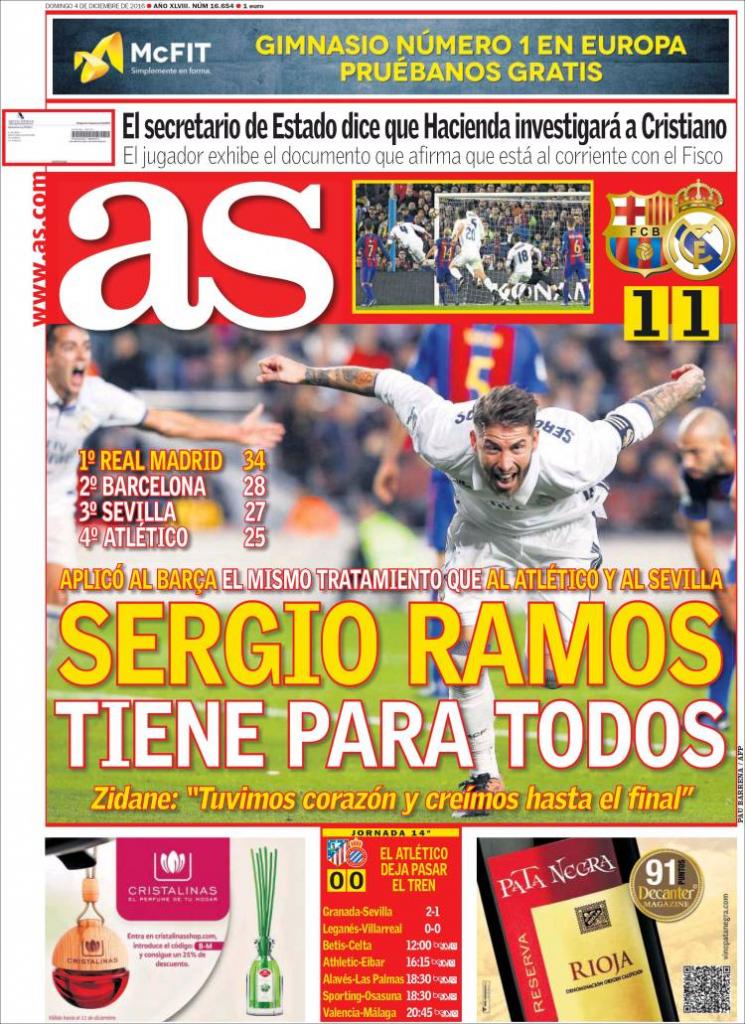 Zidane: “We had heart and believed until the end”

The Secretary of State says Hacienda will investigate Cristiano 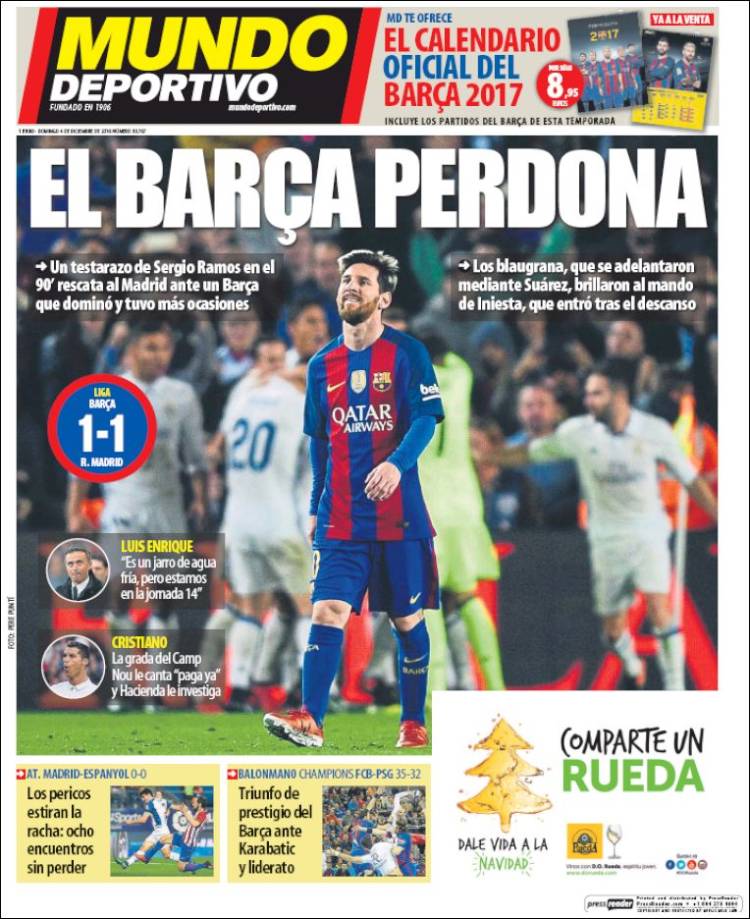 La Blaugrana, who went ahead through Suarez, shone under the control of Iniesta, who came on after half-time

Cristiano: Camp Nou chants “pay up now” at him and Hacienda investigates