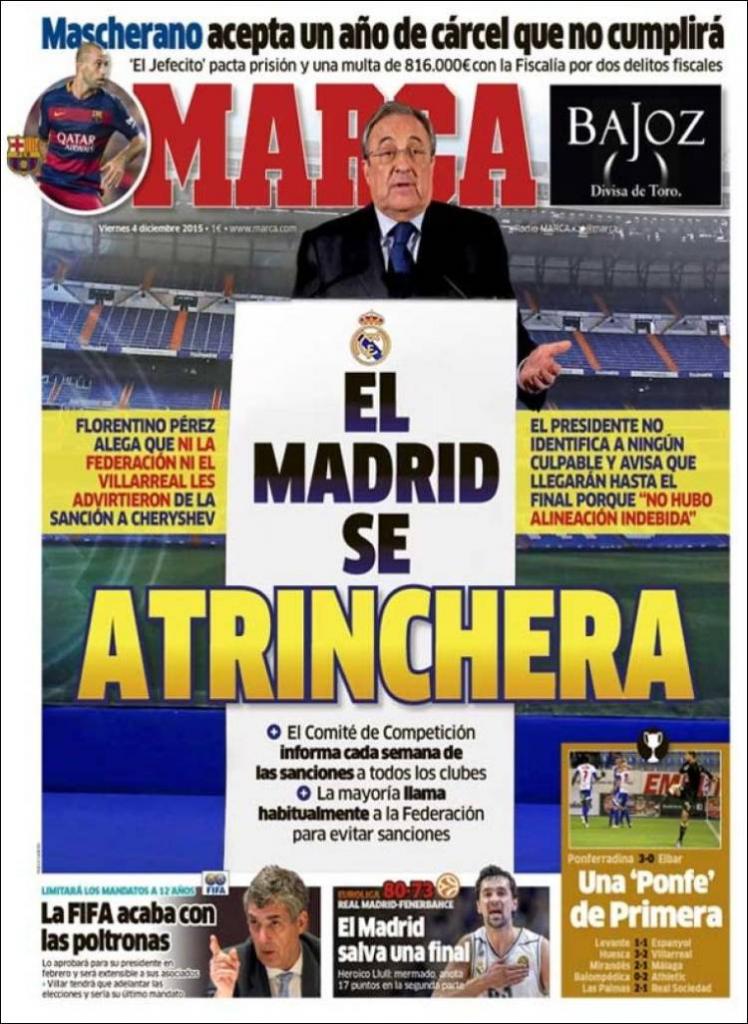 The Competition Committee relays bans to all clubs every week

Most call the Federation to avoid sanctions

Mascherano accepts a year in jail that he will not serve

Limits its mandate to 12 years 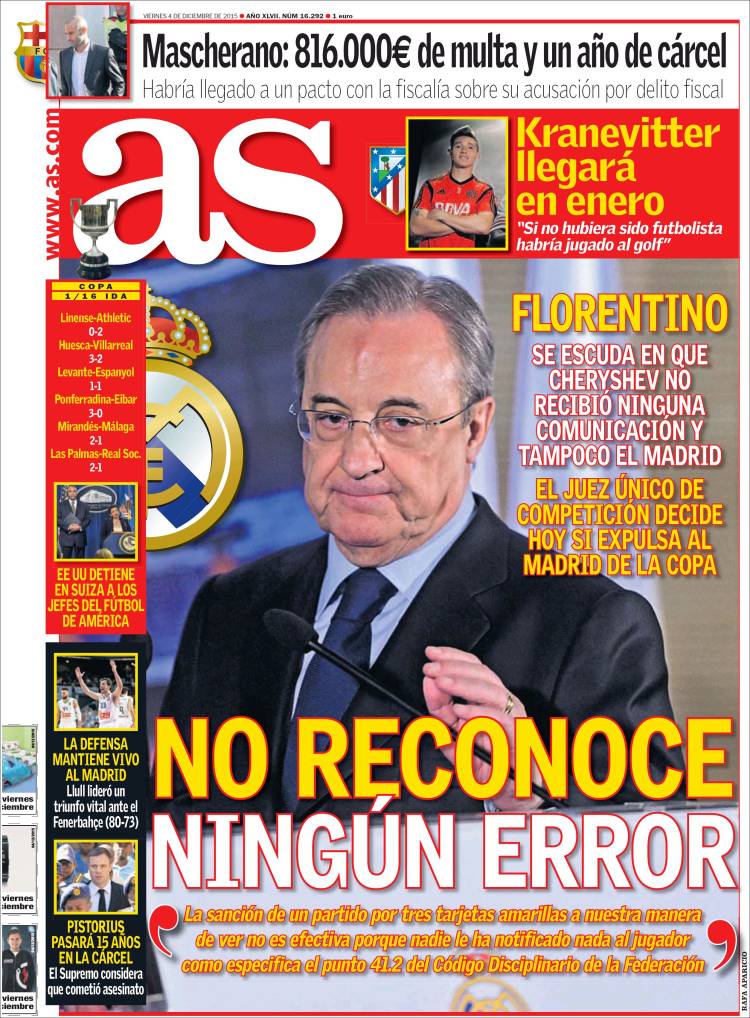 He does not recognise any errors

“The one-match ban for three yellow cards in our view was not enforced because no-one reported anything to the player, as specified in Section 41.2 of the Disciplinary Code of the Federation”

Kranevitter will arrive in January

“If I had not become a footballer, I would have played golf”

The US arrest football bosses of the Americas in Switzerland 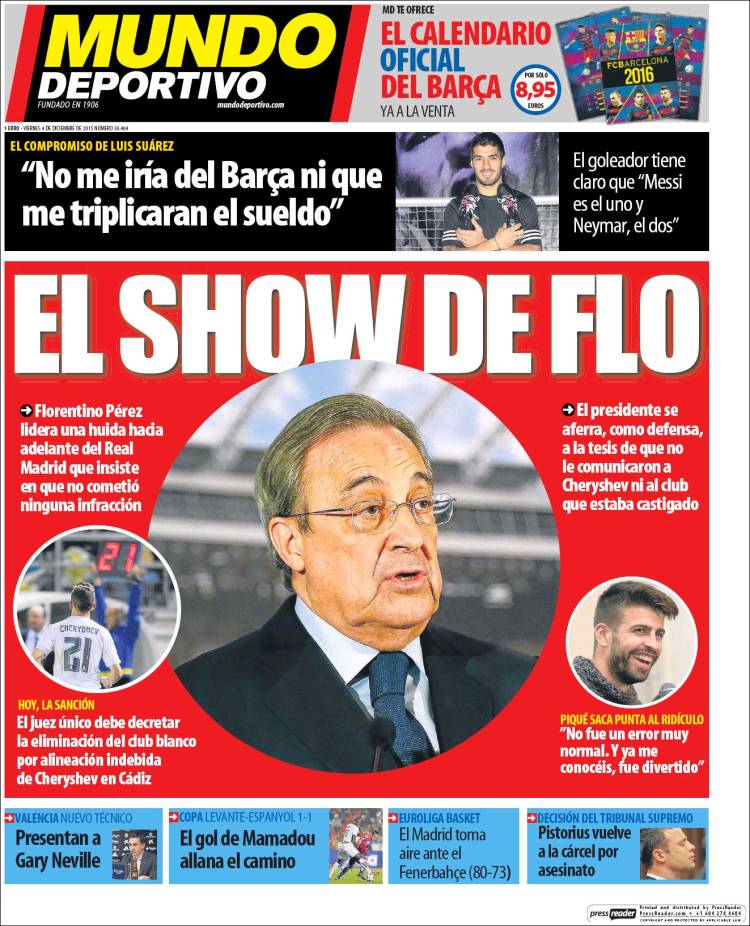 The President maintains, as a defence, that neither the club nor Cheryshev were notified of a ban

“It was not a normal error. And you know me, I found it funny”

“I would not leave Barca to triple my salary”