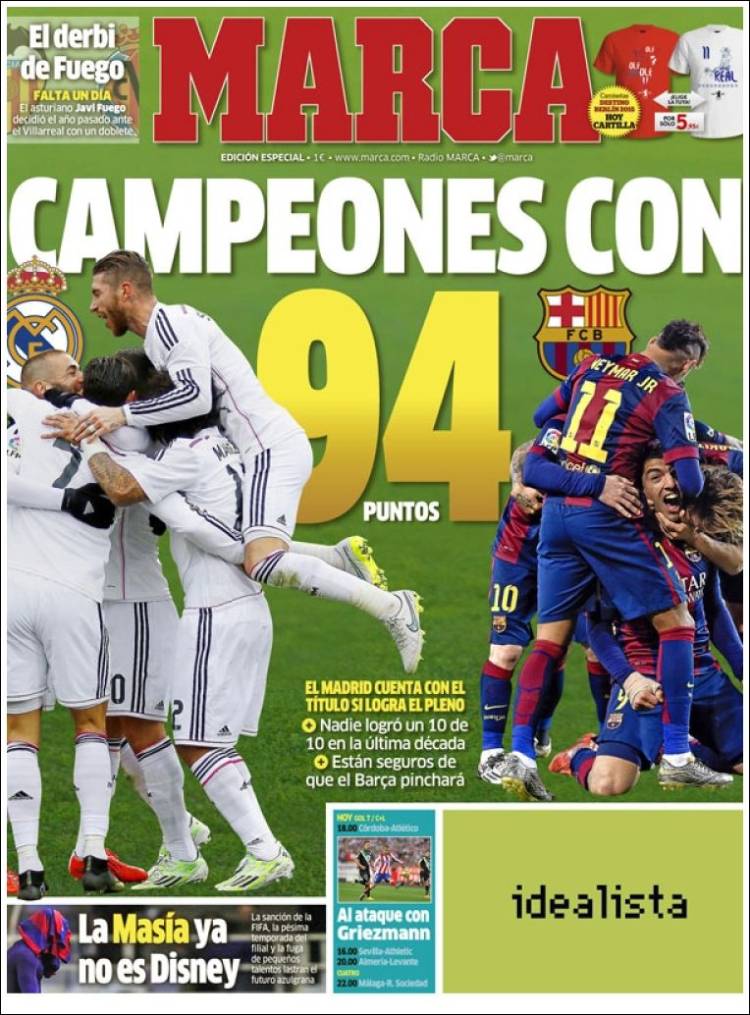 Nobody has won 10 from 10 in the last decade

They are sure Barca will suffer a puncture

The derby of ‘Fuego’ (fire). Last year the Asturian decided it against Villarreal with a double

La Masia is not now Disney. FIFA’s sanction, the reserve team’s terrible season and the leakage of young talent threatens the future of the Azulgrana 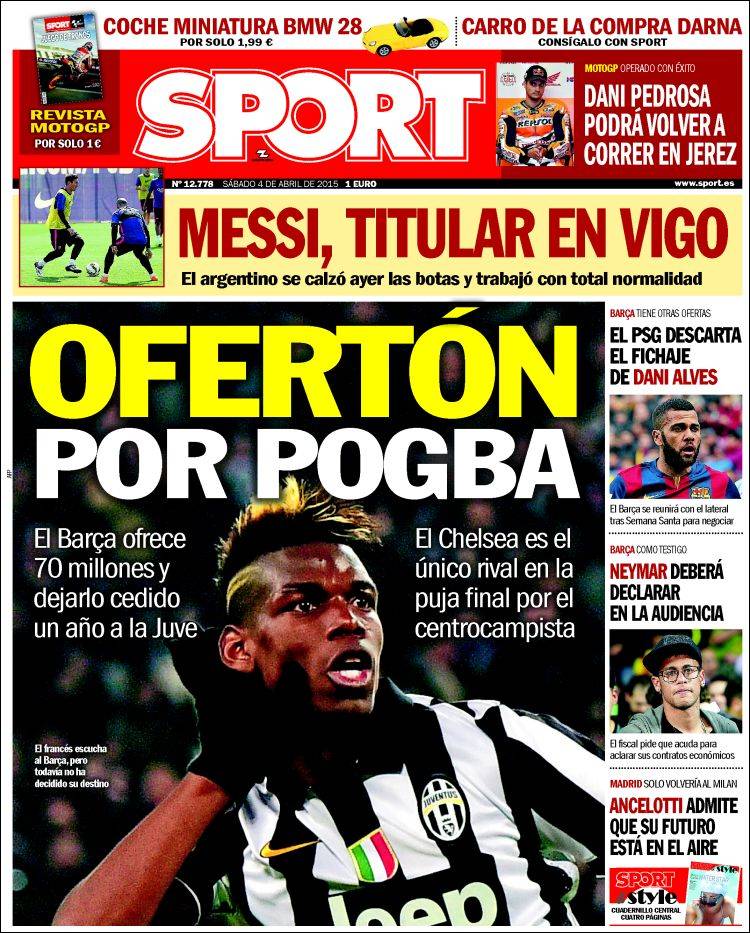 Messi to start in Vigo. The Argentine put his boots on yesterday and worked with total normality

PSG rule out the signing of Dani Alves. Barca will meet the full-back for negotiations after Easter

Neymar will have to testify at a hearing. The prosecution ask him to attend to clear up his economic contracts

Ancelotti admits his future is up in the air 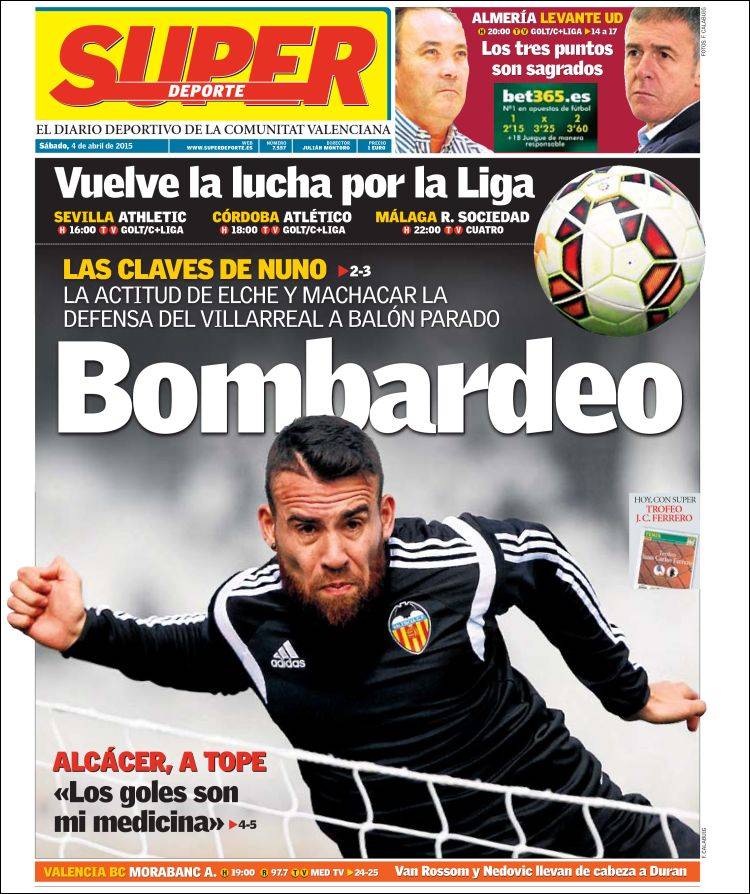 Nuno’s keys. The attitude at Elche and to crush the Villarreal defence at set-pieces

The fight for La Liga is back

Alcacer at full tilt: “Goals are my medicine”

Almeria-Levante: the three points are sacred