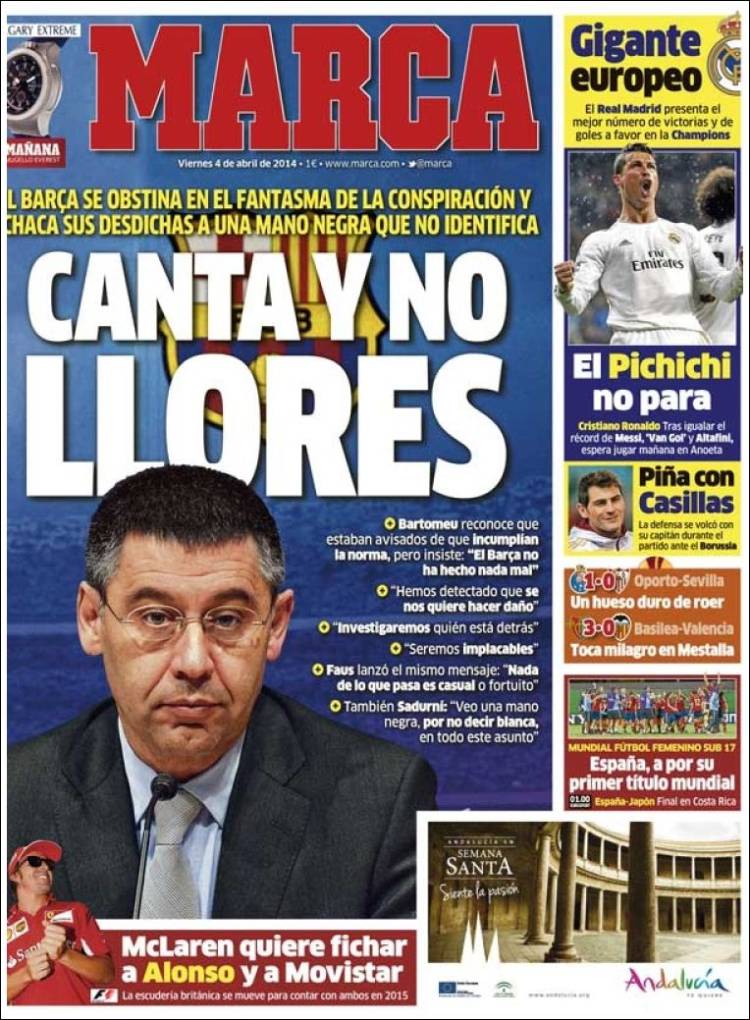 Bartomeu recognises that they were advised to comply with regulations but insists, "Barca has done nothing bad"

"We will investigate who is behind all this"

"We will be relentless"

Faus takes the same view: "Nothing happening now is normal or by chance"

Sadurni too, "I see a black hand, not say that it is not white, in all this"

The Pichichi does not stop

Real Madrid have the most wins and goals scored in Europe

Ronaldo, after equalling Messi's record, 'Van Gol' and Altafini, hopes to play at the Anoeta

Basil 3-0 Valencia: A miracle is needed at Mestalla 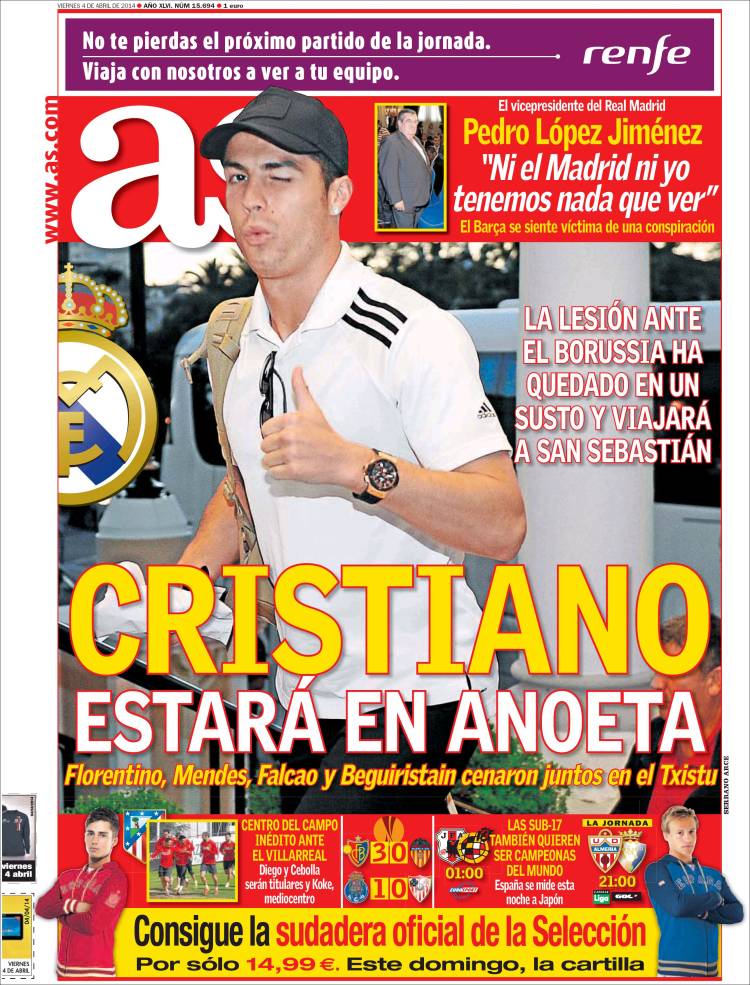 Cristiano will be at the Anoeta

The ex-President of Real Madrid Pedro Lopez Jimenez: "Real Madrid nor I have nothing to do with it" he says in response to Barca's cry of conspiracy

Atletico to go with a unrecognisable midfield against Villarreal

Diego and Cebolla to start, Koke in the centre 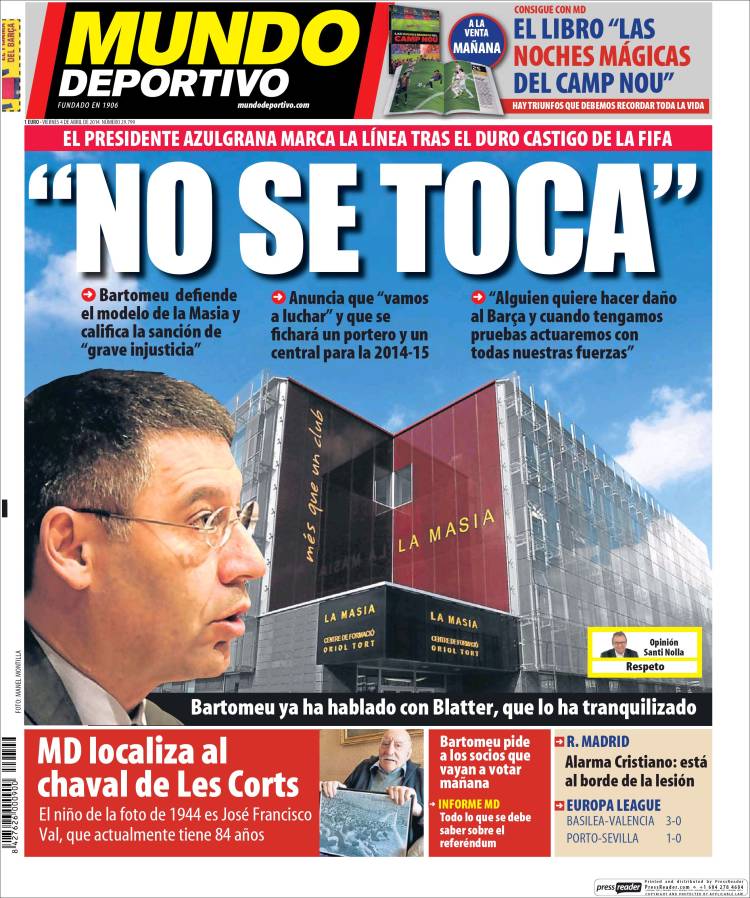 "It will not affect us," Bartomeu stands strong against new allegations

Bartomeu has already spoken with Blatter