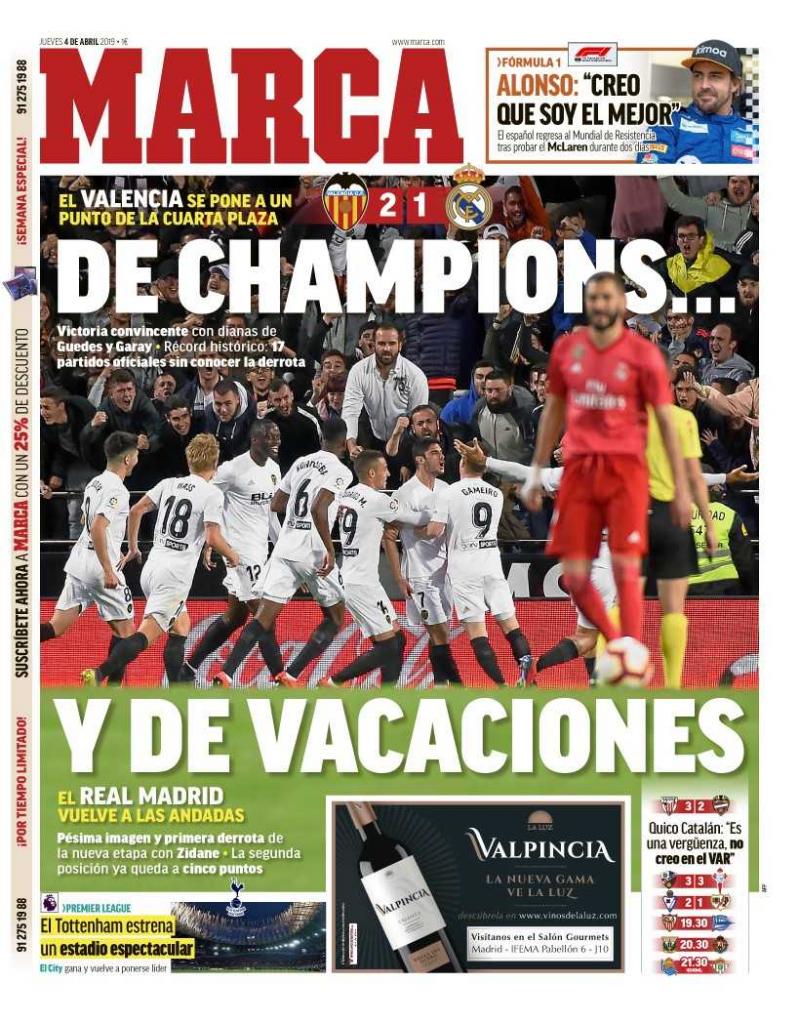 Of the Champions League...and on holidays

Valencia within one point of fourth place - Guedes and Garay with the goals, historical record: 17 games without defeat

Return of the old Madrid - first defeat of Zidane era

Spurs start in their spectacular stadium

Quico Catalan: "This is a disgrace. I don't believe in VAR" 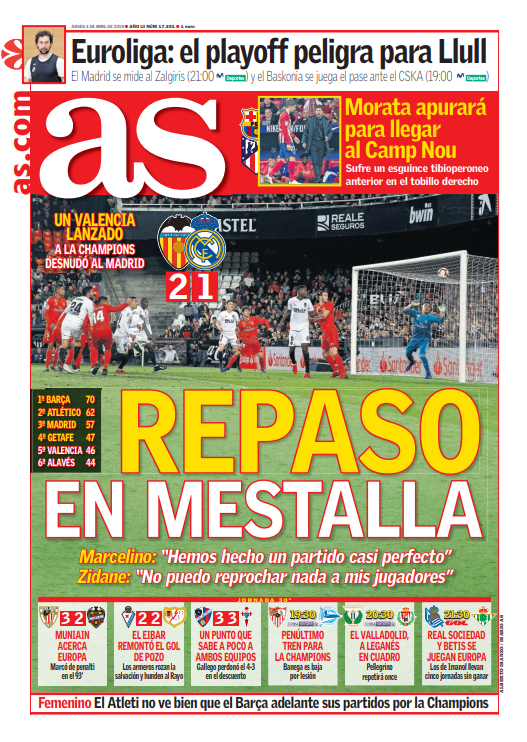 Review in the Mestalla

Marcelino: "We have had a perfect game" Zidane: "I wasn't able to reproach anything to my players" 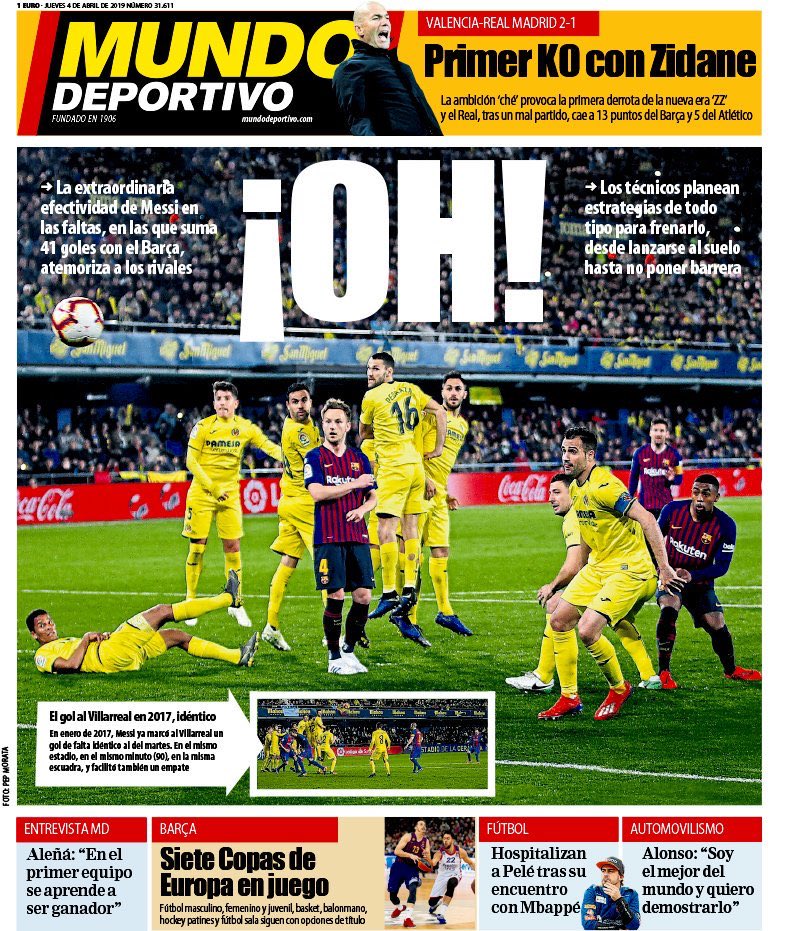 Messi frightens the opposition, 41 goals this season, opposition coaches plan to thwart him but are unsuccessful

First defeat for Zidane - now 13 points behind Barca, 5 from Atleti

Alena: "In the first team you learn to be a winner"