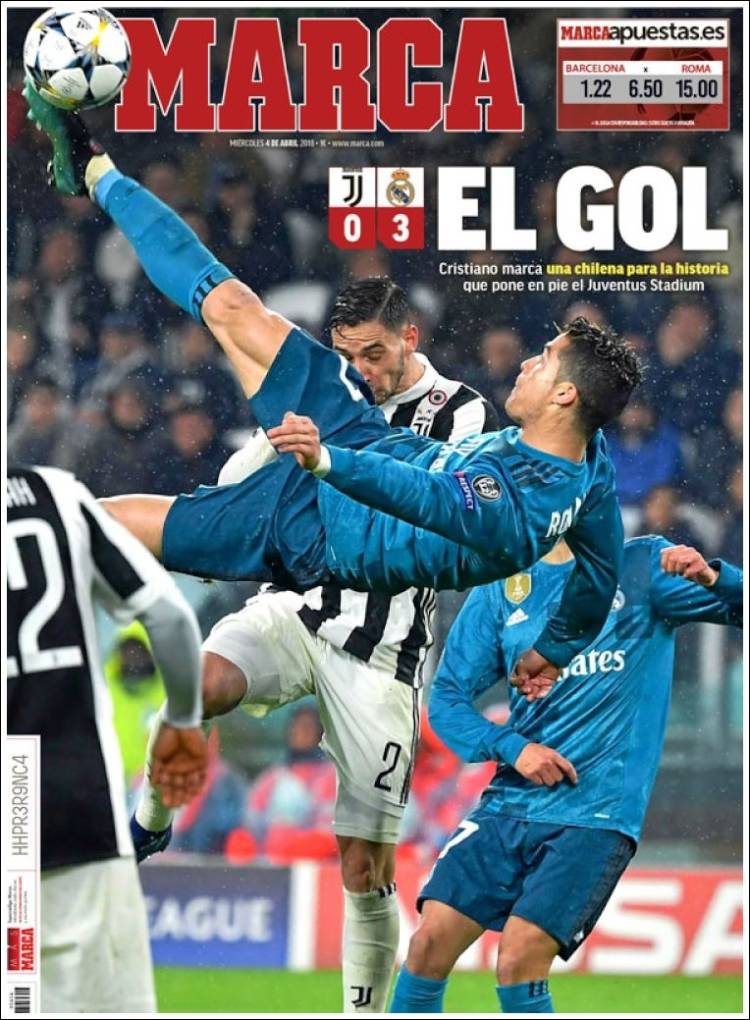 Cristiano score an overhead kick in a historic victory in Turin 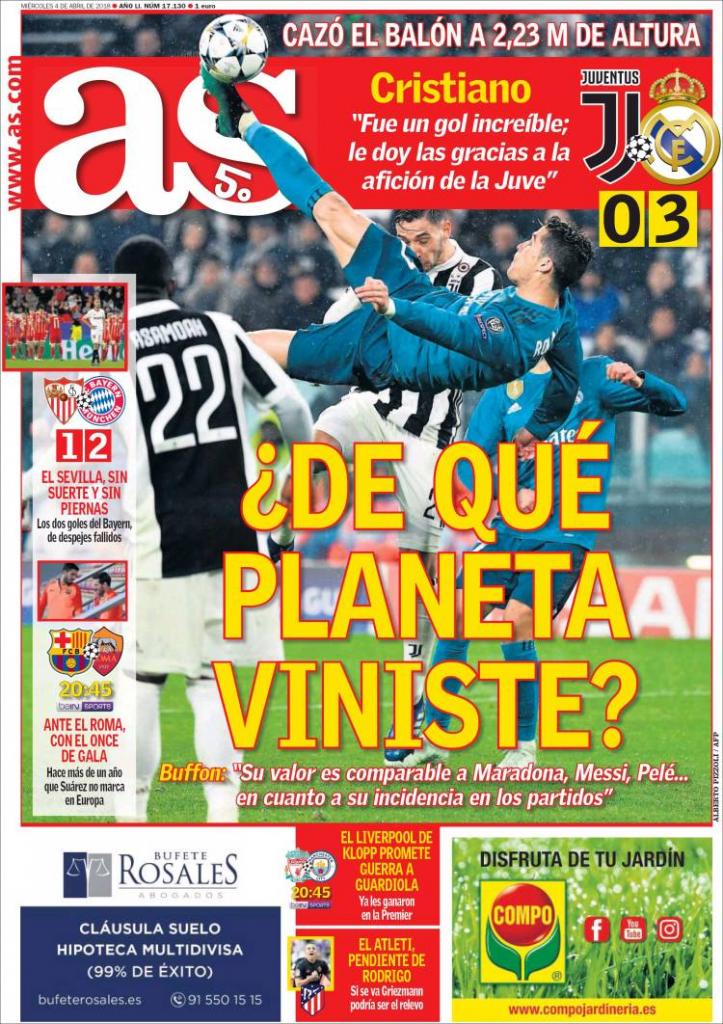 What planet did you come from?

Buffon: His value is comparable to Maradona, Pele, Messi...in terms of his influence in these games

Cristiano: It was an incredible goal, I thank the fans of Juventus

He rose 2.23m above the ground

Sevilla, without luck and without legs

Against Roma, Barca have their strongest XI 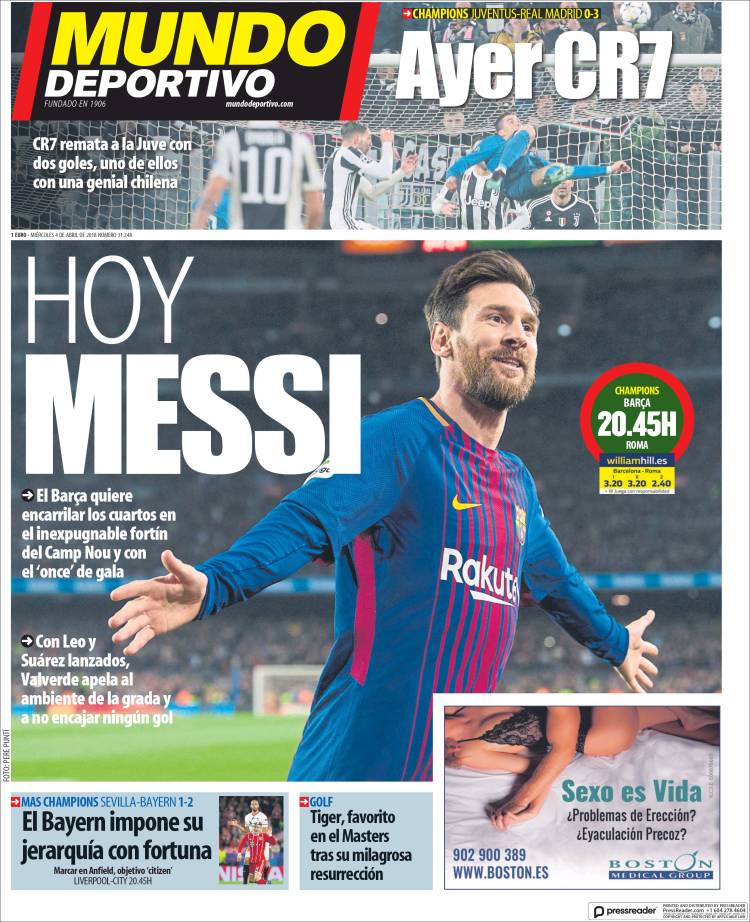 Ronaldo scores twice against Juve including an incredible overhead kick

Barca aim for quarter final win with strongest XI at home, Messi and Suarez to lead the line

Bayern impose their hierarchy with luck