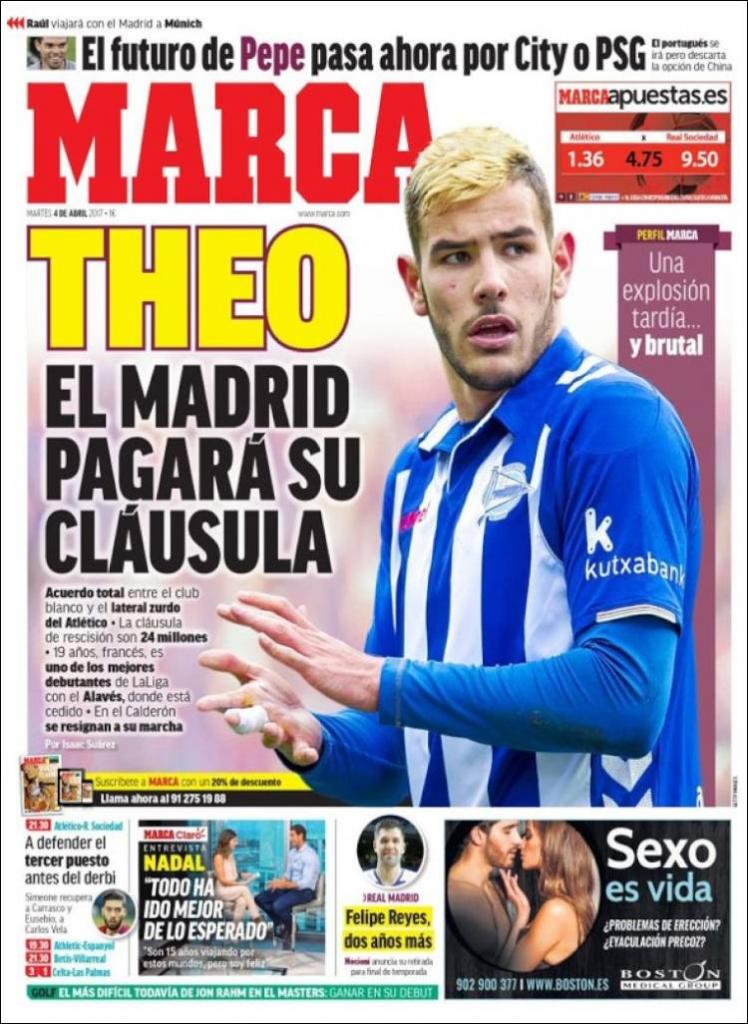 Total agreement between the club and the player, The clause is 24 million Euros, 19-year-old, French, one of the best performers with Alaves this season, Atletico are resigned to him leaving

Defending third position before the derby - Carrasco back for Atleti, Vela back for La Real 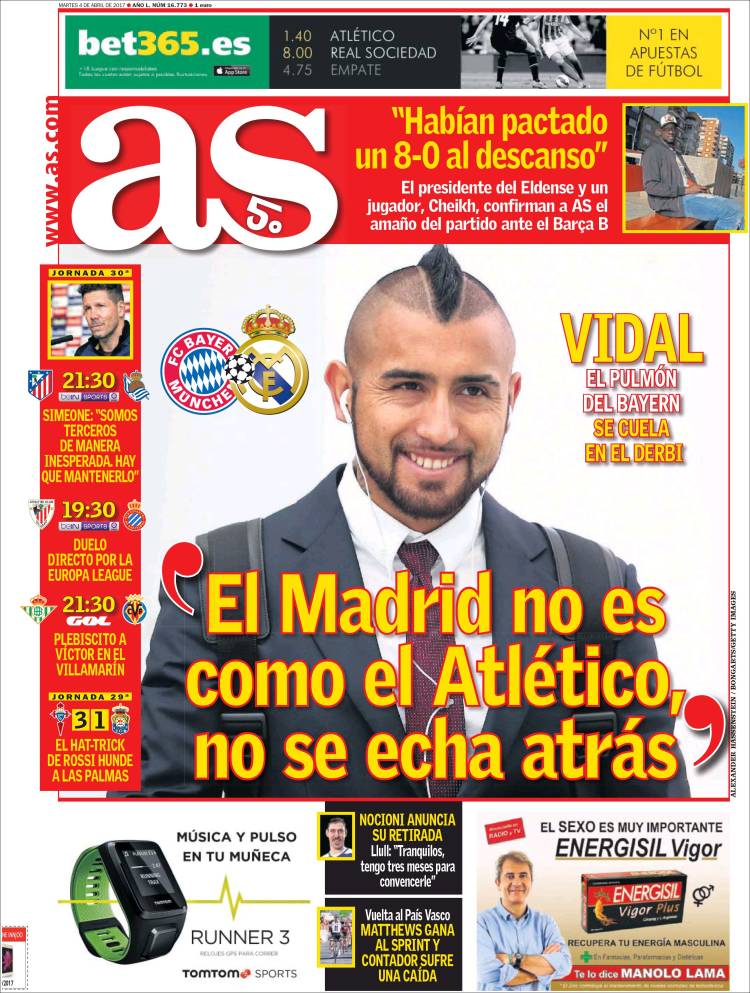 Vidal, the lungs of Bayern, pours into Madrid derby

"They had an agreement to be 8-0 down at half time" - the president of Eldense and player Cheikh, confirm to AS that match against Barcelona B was fixed

Simeone: We are third unexpectedly, we must keep it 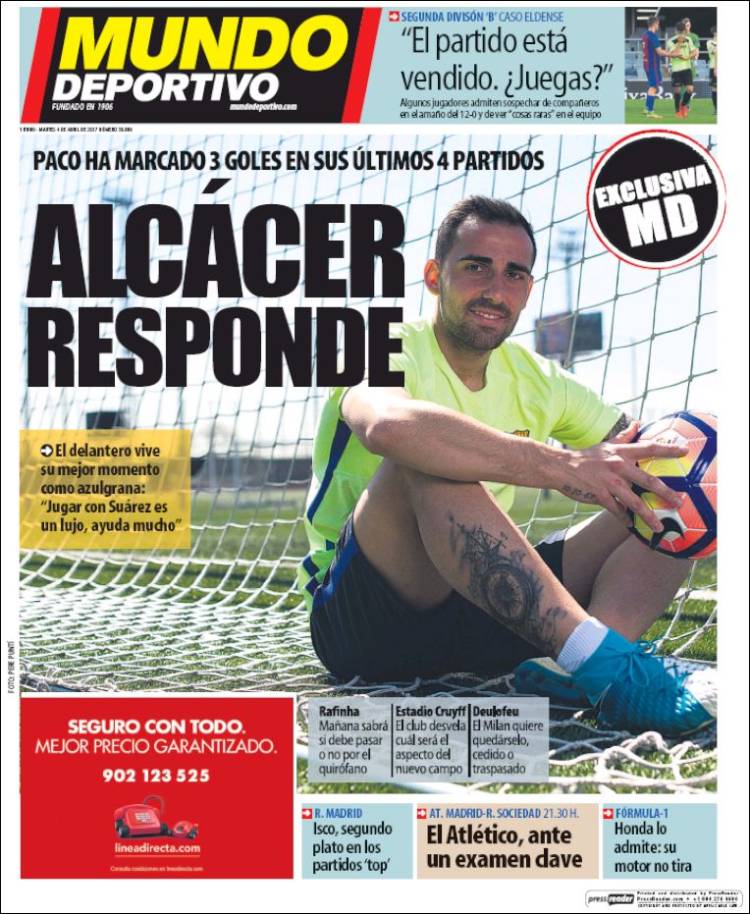 The forward lives his best moment as a Barca player: To play with Suarez is a luxury, he helps me a lot

Deulofeu - AC Milan want to loan him or buy him

"This game is sold, will you play?" - Eldense player admits 12-0 loss was bought