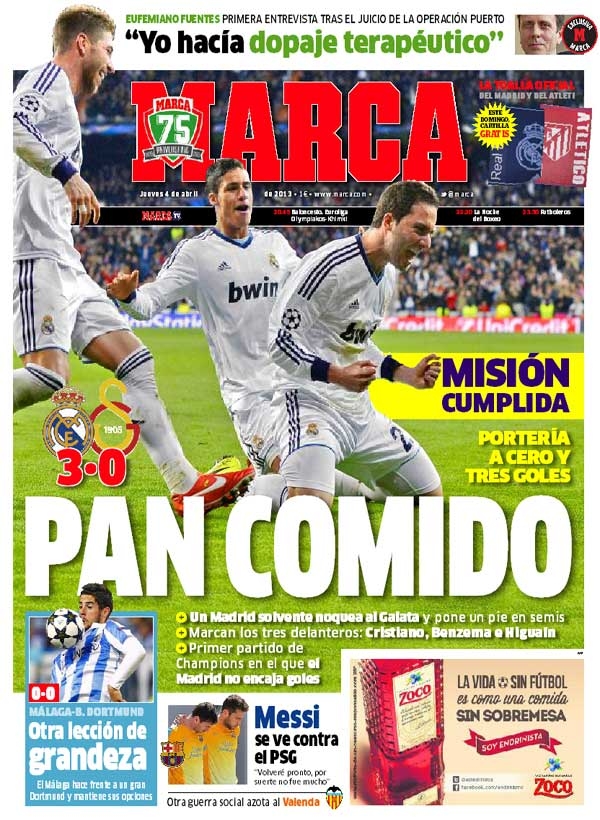 Madrid take down Gala and put one foot in the semis

Three goals from the three strikers; Cristiano, Benzema and Higuain

Messi will go against PSG

"I will return soon, with luck it is not much", Messi 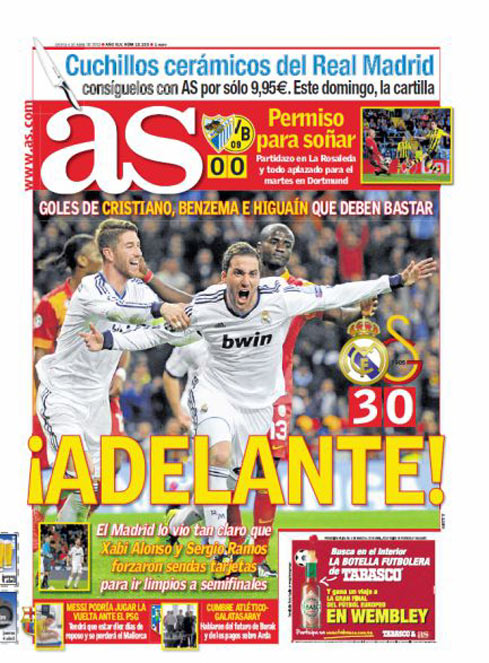 Goals from Cristiano, Benzema and Higuain must be enough

Messi could play against PSG in the return leg

Summit between Atletico and Galatasaray 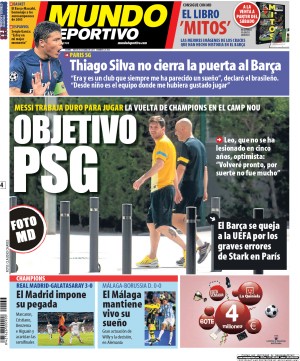 Leo, who has not been injured in five years, is optimistic, "I will return soon, with luck it is not much"

Goals scored by Cristiano, Benzema and Higuain push them closer to the semis

PSG's Thiago Silva does not close the door on Barca

"It was and is a club that always has been to me a dream," Silva

"Since I was a young kid, Barca is where I most wanted to play," Silva