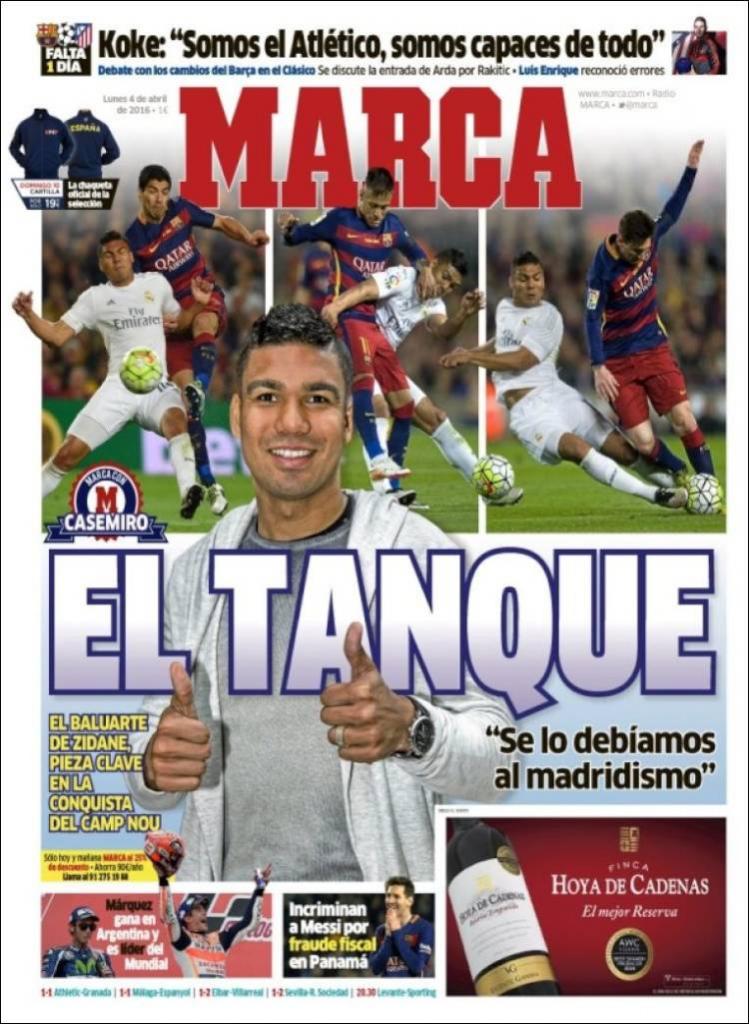 Zidane's bulwark a key piece in the conquest of Camp Nou

“We owed it to madridismo”

Discussions held over Barca’s changes in the Clasico

Among them was Arda’s introduction for Rakitic 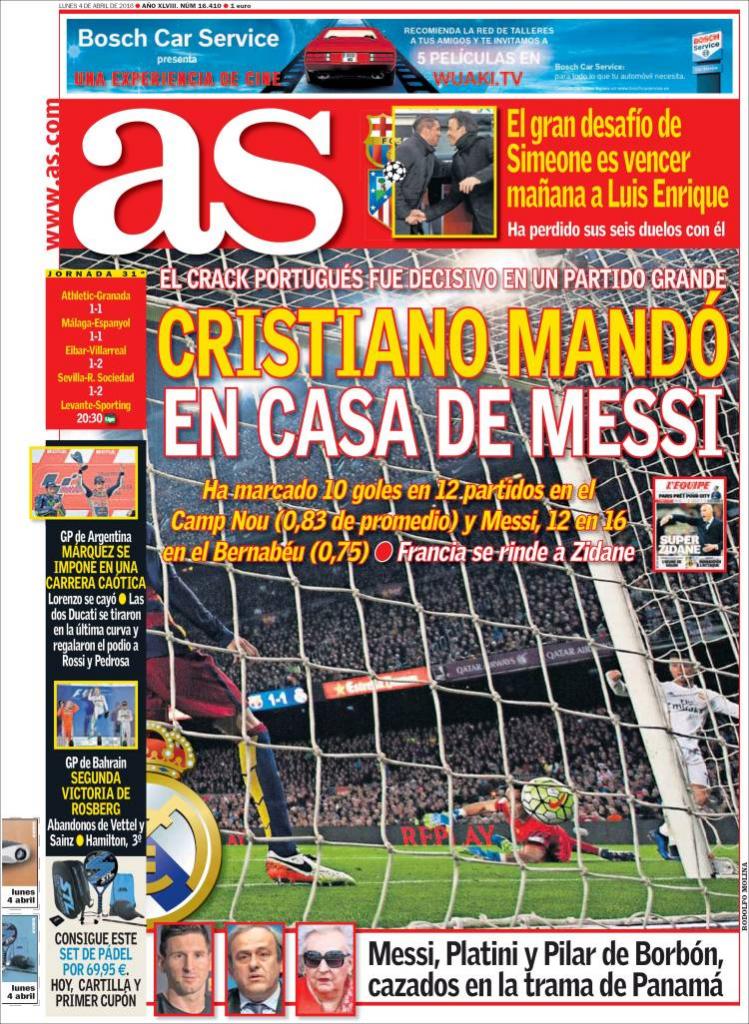 The Portuguese star was instrumental in a big game

Has lost his six games against him

Messi, Platini and Pilar de Borbon, entangled in the plot of Panama 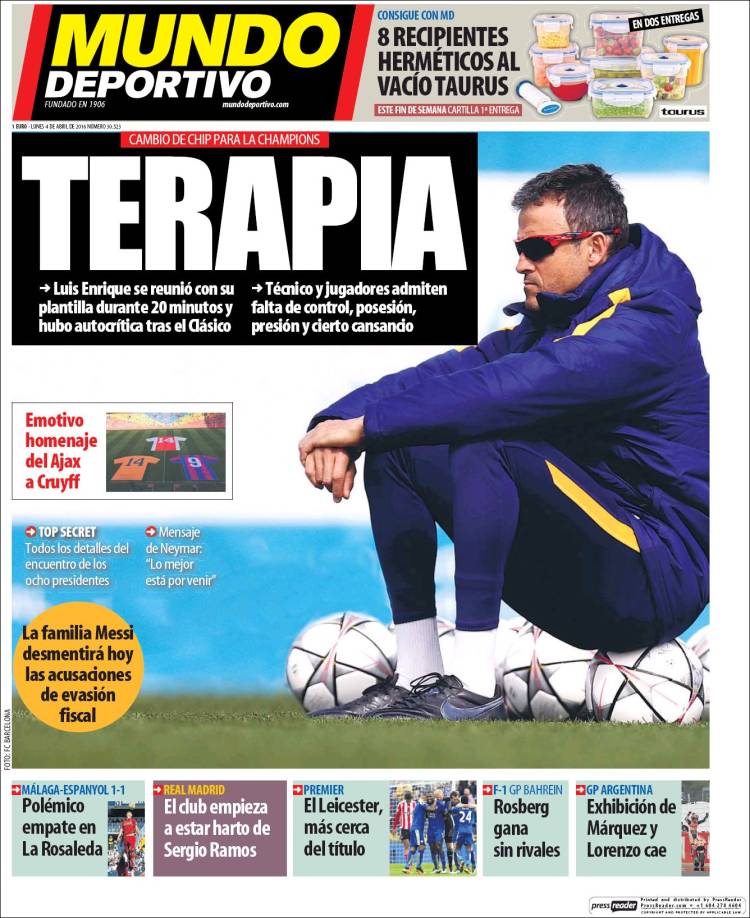 Coaches and players admitted a lack of control, possession, pressure and certain weariness

All the details of the eight Presidents’ meeting

Neymar’s message: “The best is yet to come”

Madrid are beginning to lose patience with Sergio Ramos

Leicester close in on the title