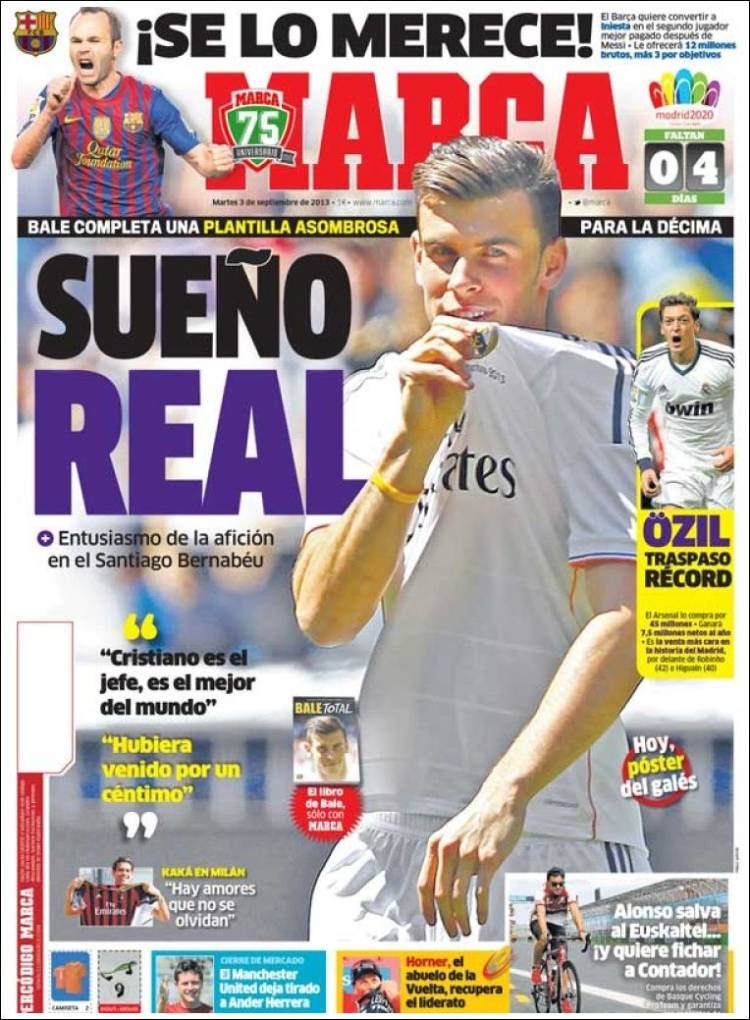 Bale completes an amazing team for the tenth

Great enthusiasm from the fans at Real Madrid

"Cristiano is the boss, the best in the world"

"I would have come here for a penny"

Kaka in Milan: "There are lover that are not forgotten"

Arsenal buy him for €45 million

He will earn €7.5 million for seven years

Its the most expensive sale in the history of Real Madrid, more than that paid for Robinho (€42 million) and Higuain (€40 million)

They will offer him €12 million, plus €3 million in bonuses

Horner, the grandfather of the Vuelta, returns to being the leader 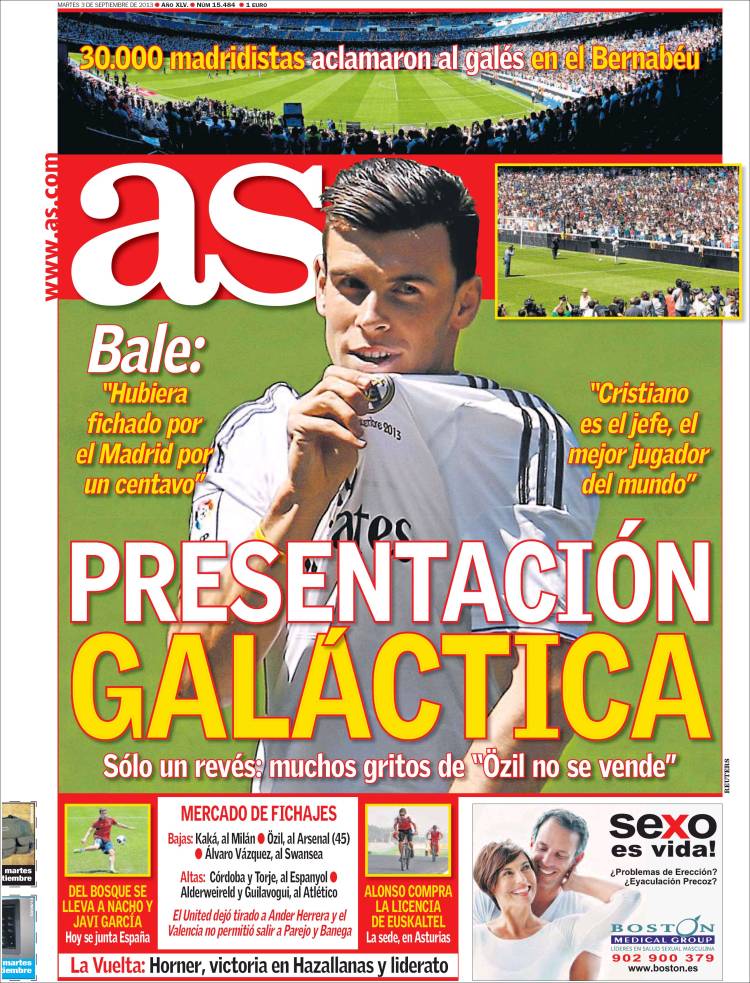 Bale: "I would have signed for Madrid for a penny"

"Cristiano is the boss, the best in the world"

The only setback, many fans chanting "do not sell Ozil"

30,000 fans welcome the Welshman to the Bernabeu

Out: Kaka to Milan, Ozil to Arsenal, Alvaro Vazquez to Swansea

In: Cordoba and Torje to Espanyol, Alderweireld and Guilavogui to Atletico 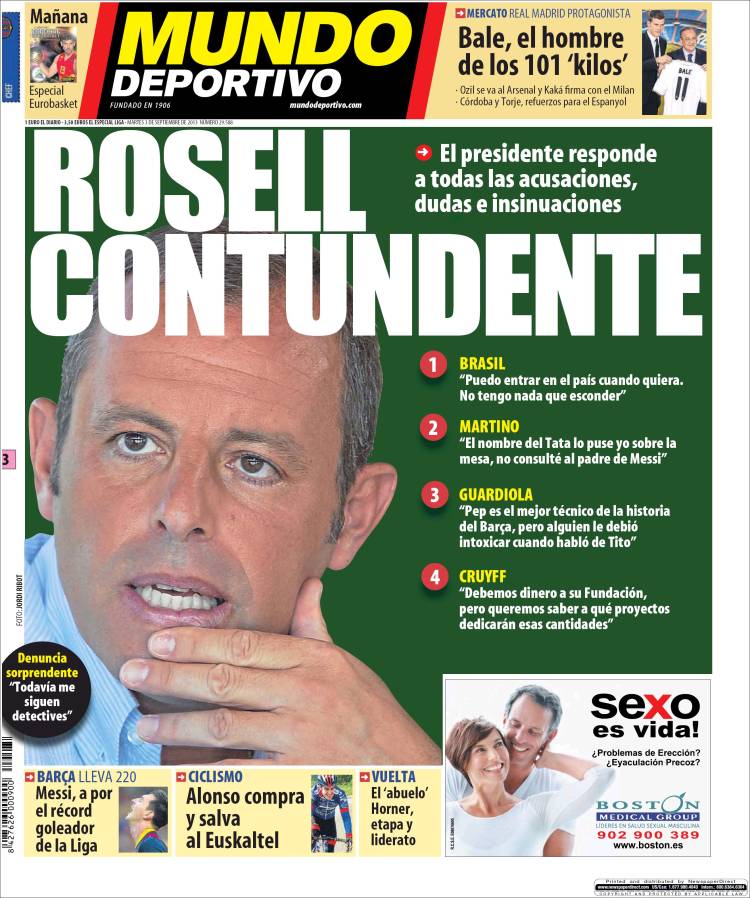 The President responds to all the accusations, doubts and insinuations

Brazil: "I can enter the country whenever I want, I do not have to hide"

Martino: "I put up the idea of Tata and was not consulted by Messi's dad"

Guardiola: "Pep is the best coach in Barca's history, but somebody must intoxicated him when he spoke of Tito"

Cruyff: "We must fund the Foundation, but we want to know that the projects will be dedicated these funds"

Ozil leaves for Arsenal and Kaka signs for Milan

Vuelta: The 'grandfather' Horner wins the stage and leads