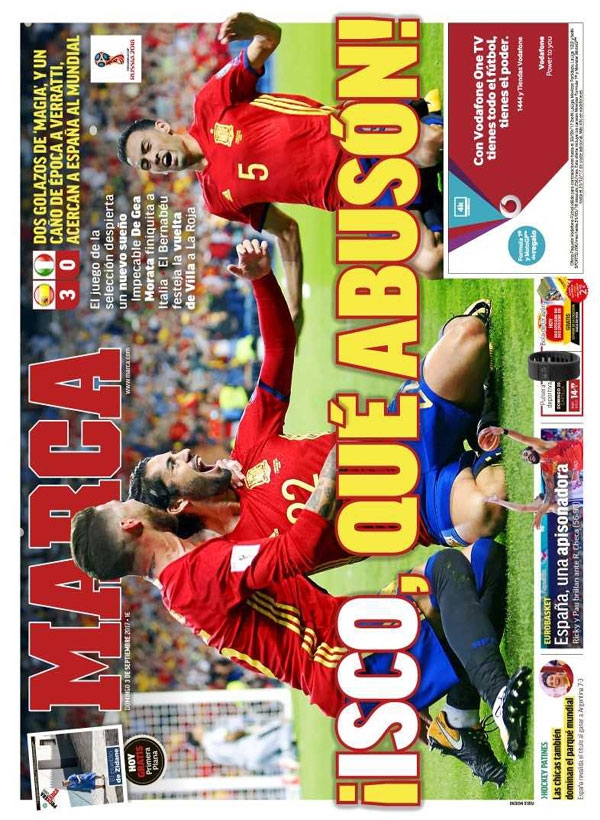 Isco, what a bully! 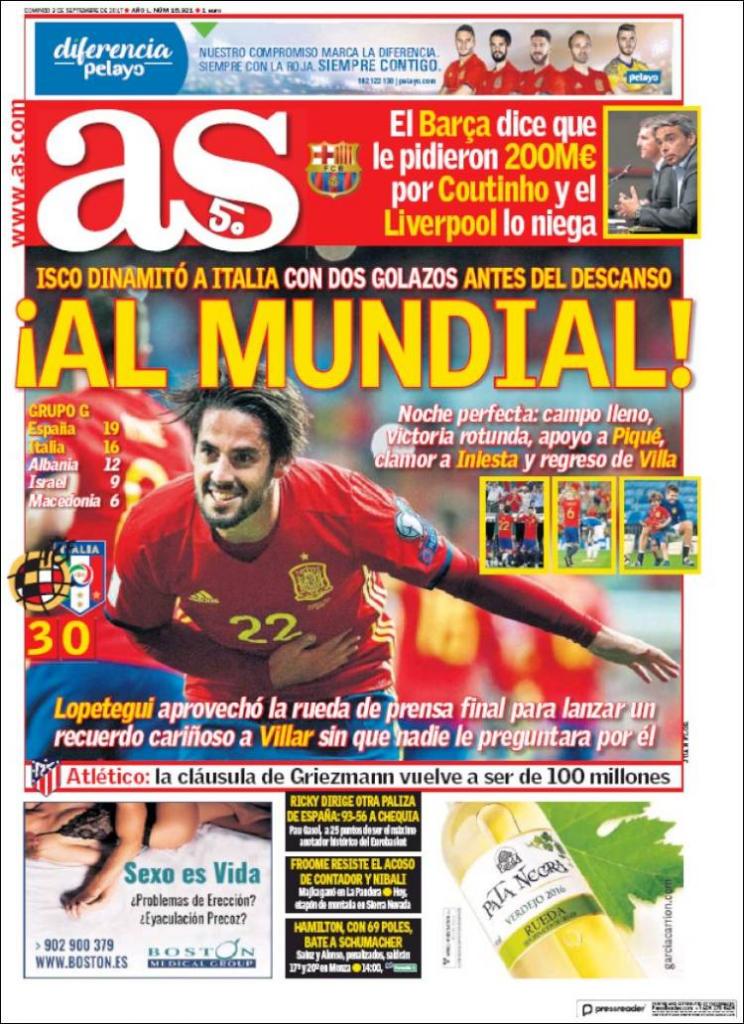 To the World Cup!

Isco blasted through Italy with two goals before half-time

Lopetegui took advantage of his post-match Press conference to dedicate a loving message to Villar, without anyone asking him

Atletico: Griezmann’s release clause is back at €

Barca say they was asked to pay €200m for Coutinho, but Liverpool deny it 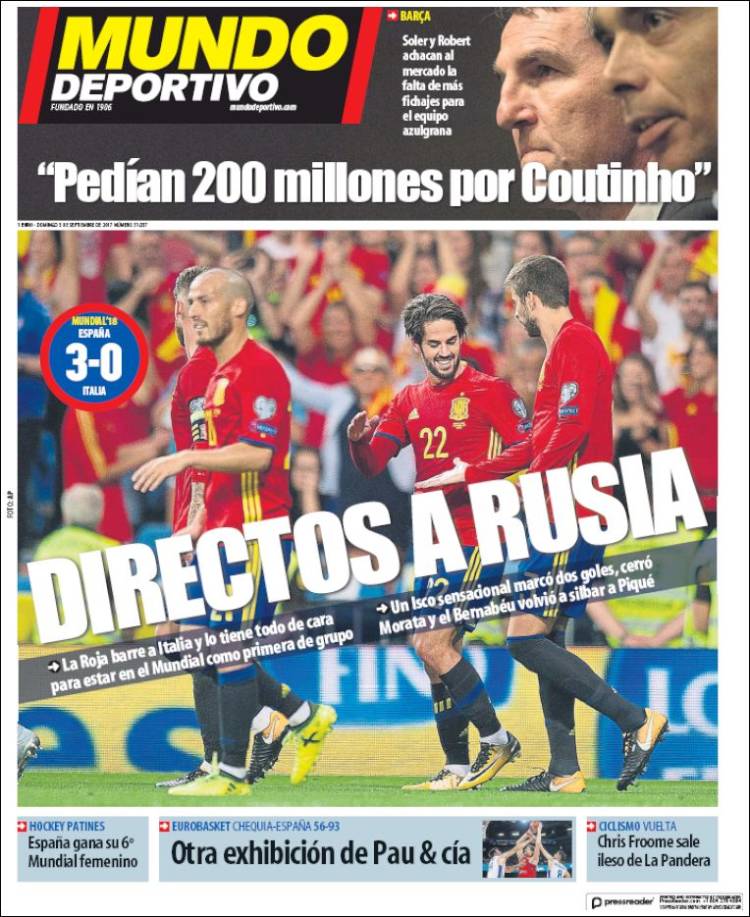