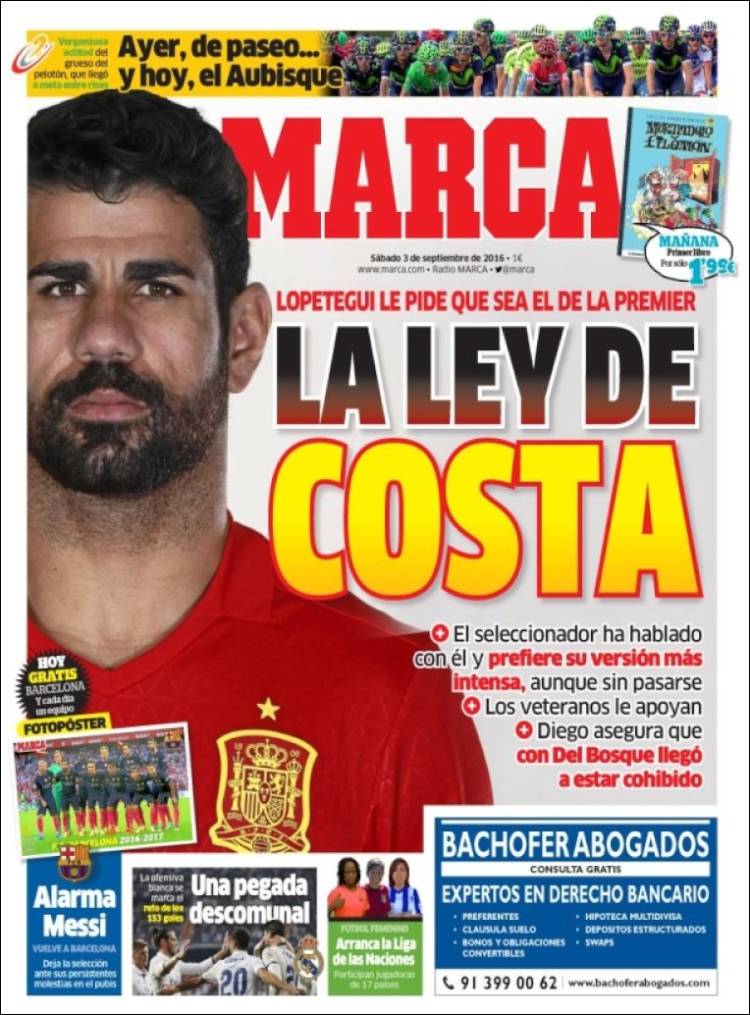 The Coach has spoken to him and prefers his inntense version, but without going over

Diego claims that with Del Bosque, he came to be restrained

He returns to Barcelona

Players from 17 countries will participate 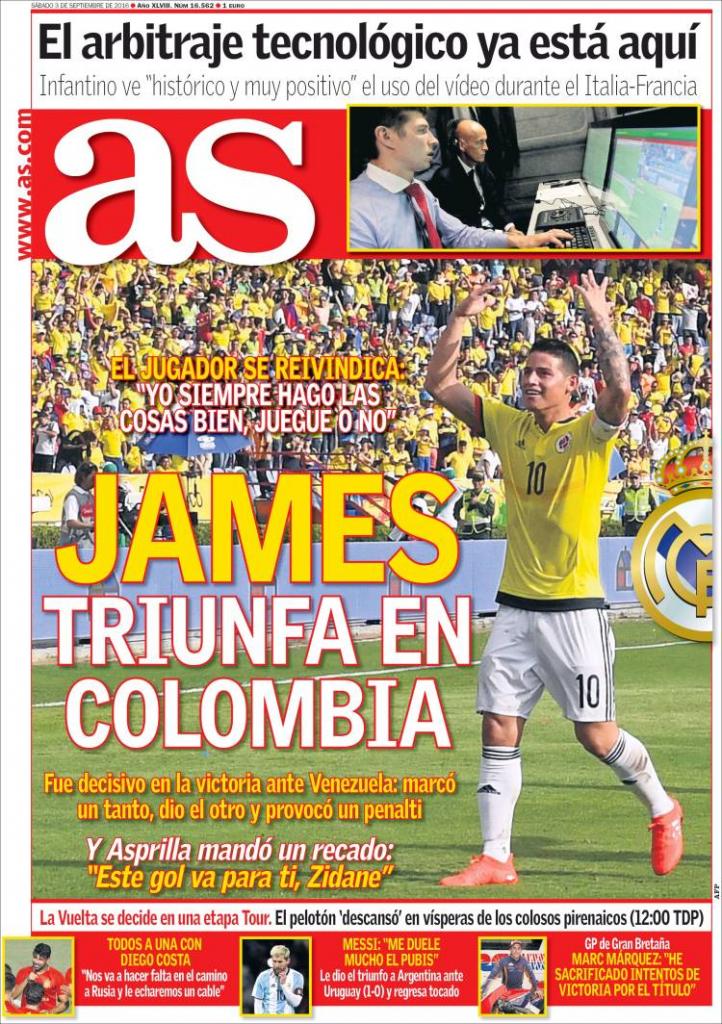 “I always do things right, playing or not”

He was instrumental in the victory over Venezuela, he scored a goal, assisted another and won a penalty

And Asprilla sent a message: “This goal is for you, Zidane”

Everyone with Diego Costa 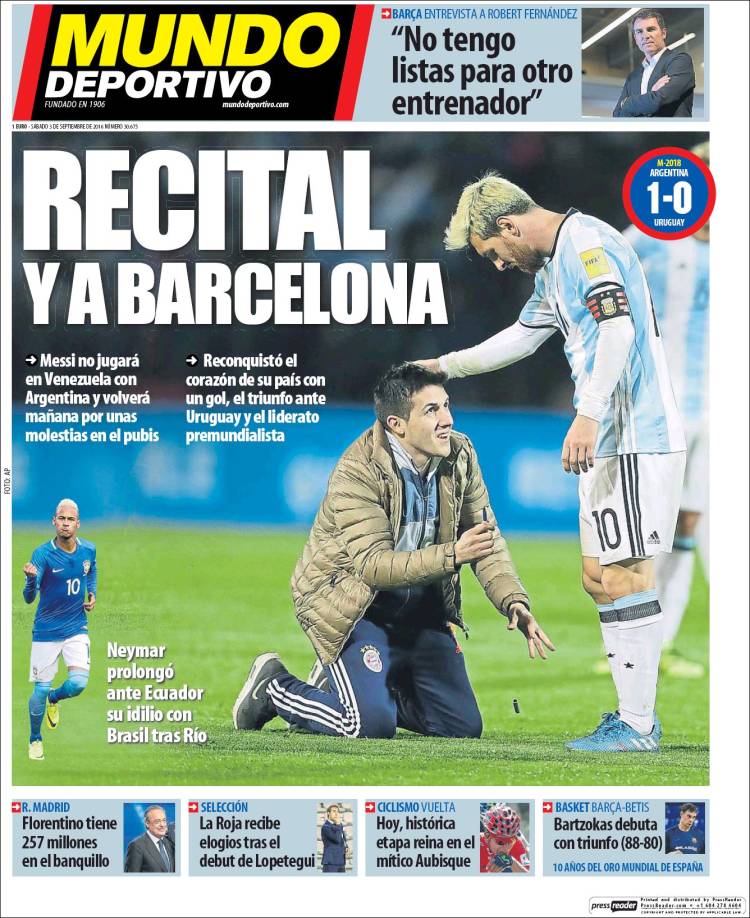 And back to Barcelona

He won back the heart of his country with a goal, the winner against Uruguay and leadership in World Cup qualifying

Neymar continued against Ecuador his love affair with Brazil after Rio

“I’m not ready for another coach”

Fiorentino has €257m on the bench