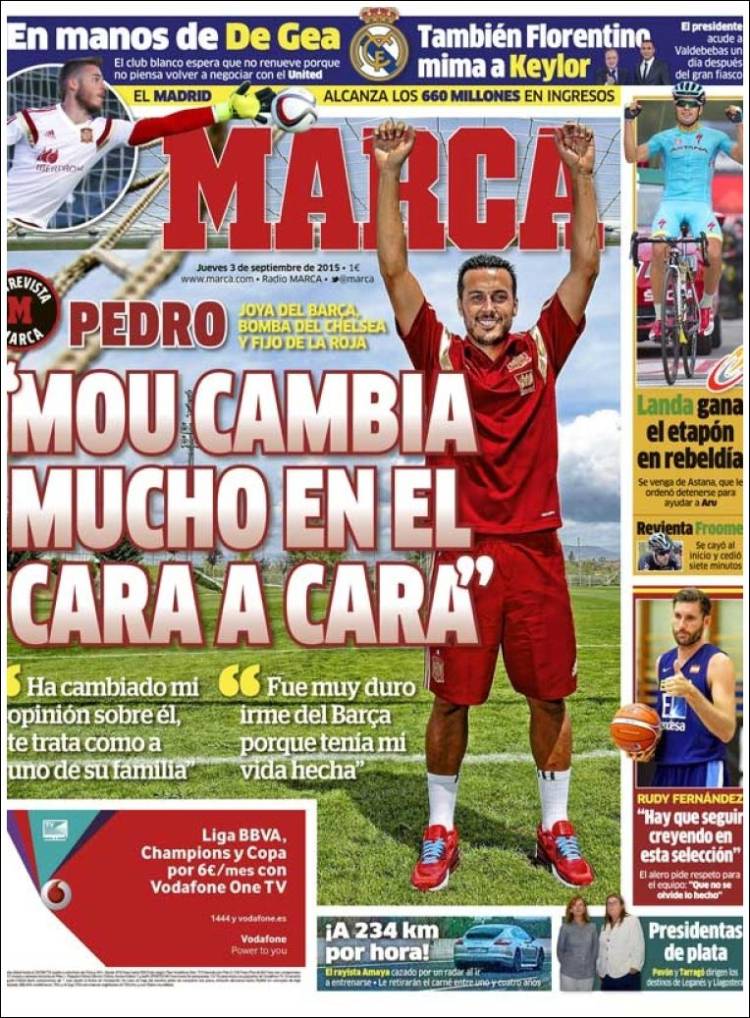 “Mou is very different in person”

“I've changed my opinion of him, he treats you like one of his own”

The President attended Valdebebas a day after the great fiasco 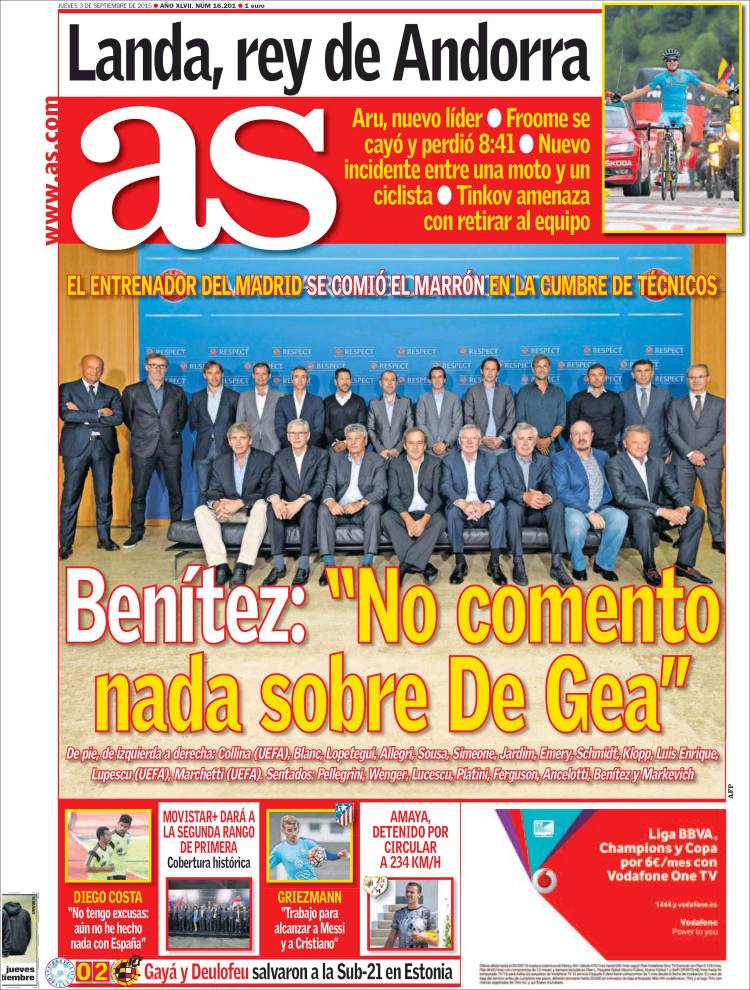 The Madrid Coach takes the rap

Diego Costa: “I have no excuses about still not achieving anything with Spain” 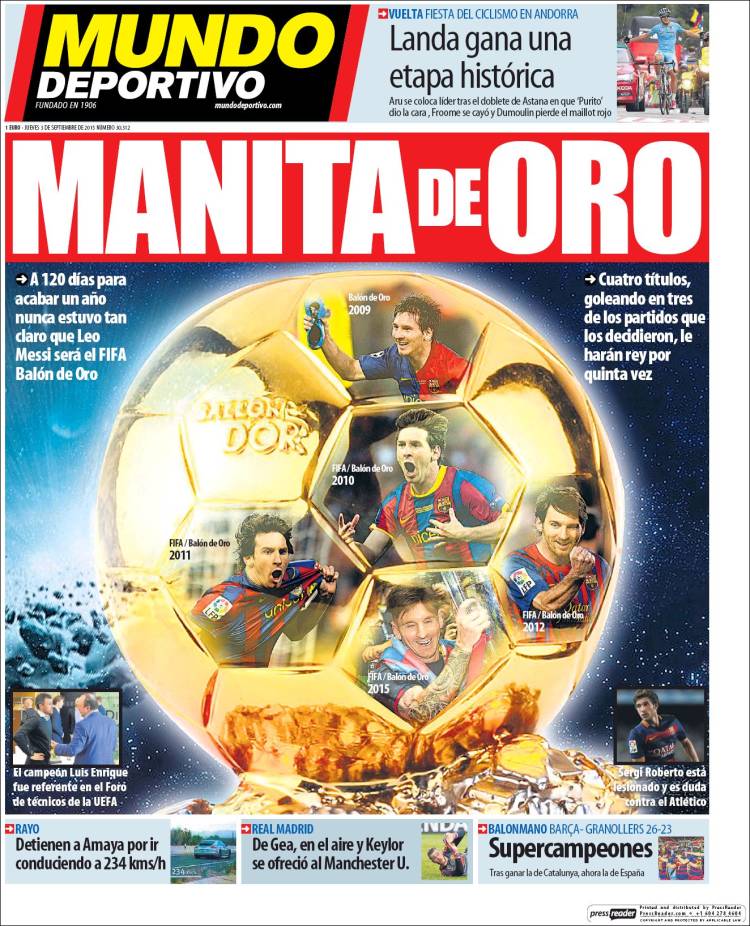 120 days left of a year, in which it could not be clearer that Leo Messi should win the FIFA Ballon d'Or

Decided three of Barca's four trophies, enough to earn him the award for a fifth time

Sergi Roberto is injured and a doubt for Atletico Madrid