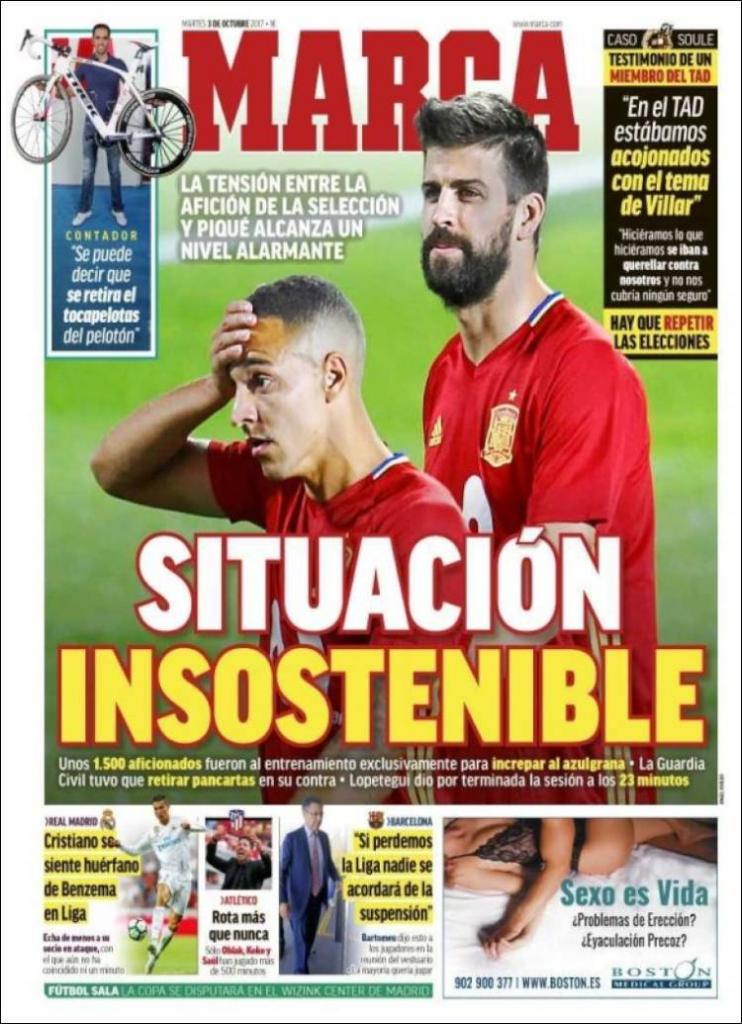 Tension between Spanish fans and Pique reaches a new level

1,500 fans were at Spanish team training specifically to scold the player, Civil Guard had to remove banners, Lopetegui ended the session after 23 minutes

Cristiano feels like an orphan without Benzema in La Liga

Broken more than ever

"If we lose the league nobody remembers the suspension" - Bartomeu 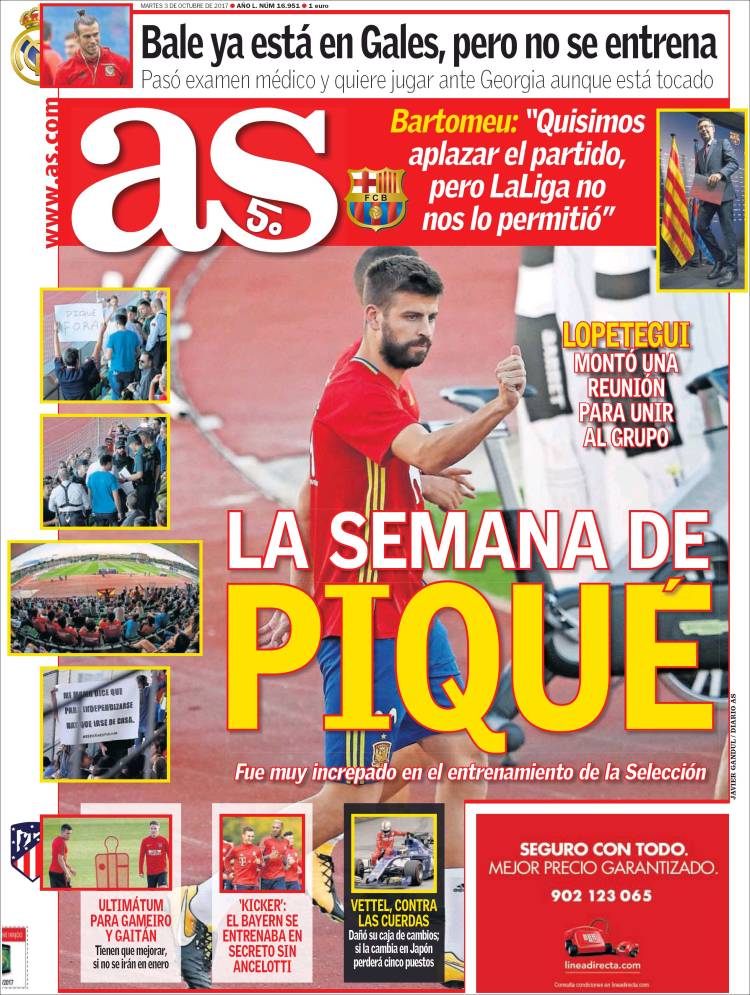 Lopetegui holds a meeting to unite the group

He was heckled during team training

Bale is already in Wales, but not training - passes medical exam and wants to play v Georgia, even with discomfort

Bartomeu: We wanted to postpone the game, but La Liga did not allow us

Ultimatum for Gameiro and Gaitan - they have to improve, otherwise they go in January 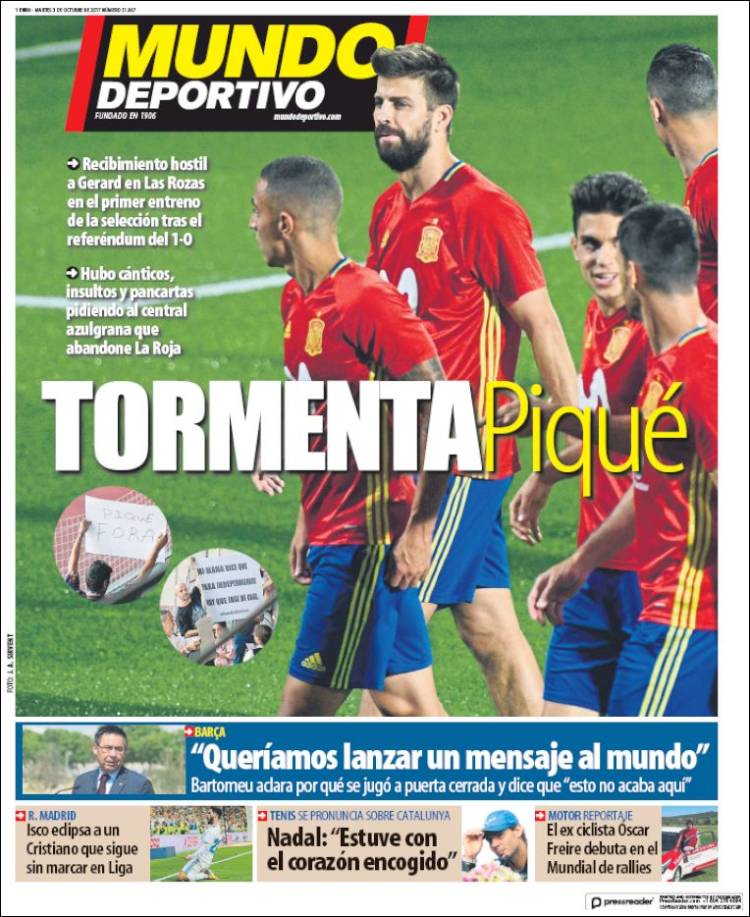 Heckled during first training session since Catalan referendum, there were songs, insults and banners, asking the Barca defender to leave La Roja