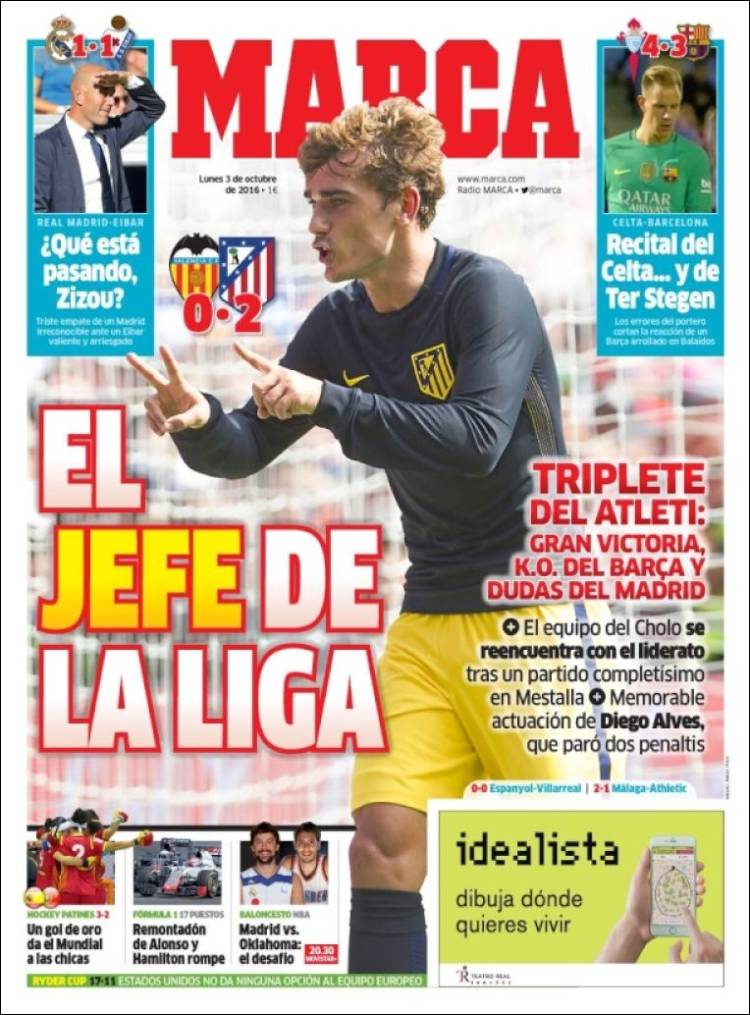 The boss of LaLiga

A triple boost for Atleti - they win at Valencia, RM draw with Eibar, Barca loss at Celta

A complete performance at the Mestalla puts Cholo's side in charge of LaLiga, despite two Alves penalty saves

Recital of Celta...and of Ter Stegen - goalkeeper errors ensures a bad defeat for Barca in Vigo

A gloomy Real Madrid were unrecognisable against a brave Eibar 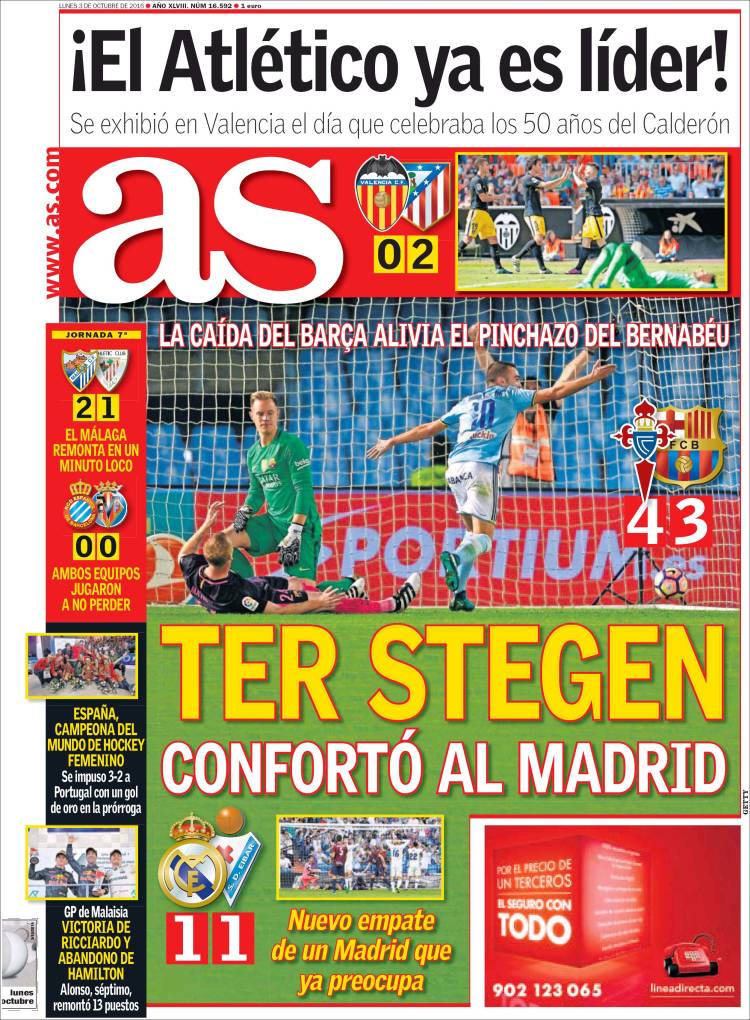 Another tie for Real is a real cause for concern

Espanyol 0-0 Villarreal - both teams play not to lose 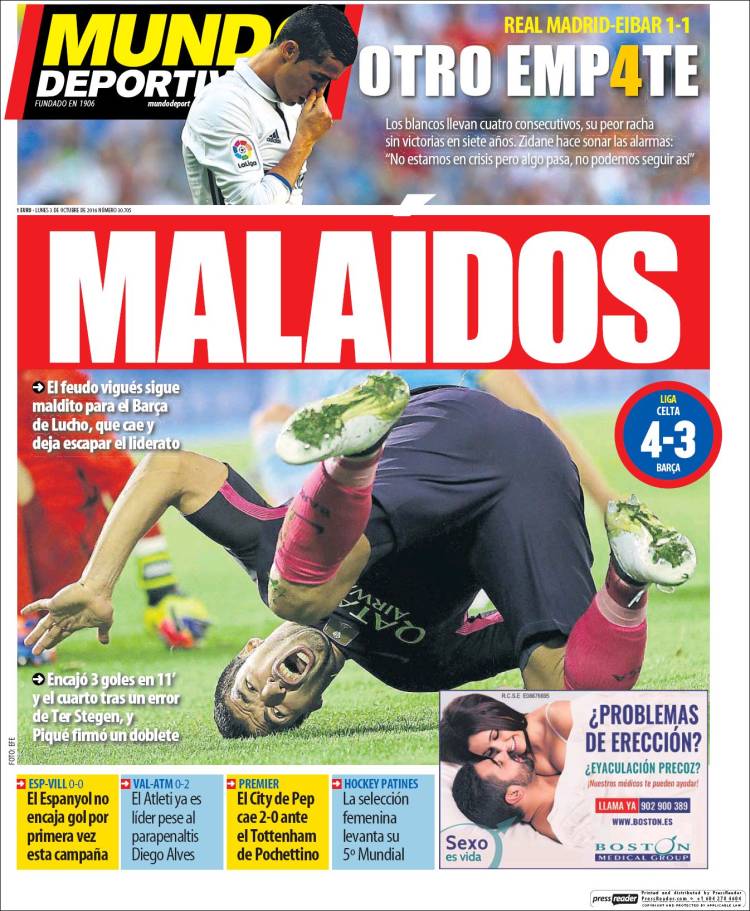 The Vigo fire is still too much for Barca and Luis Enrique, as they miss the chance to go top

Barca concede three goals in eleven horror minutes in the first half along with Ter Stegen's error, and Pique helped in failed comeback with two goals

Real Madrid 1-1 Eibar - Another draw - Real Madrid with four consecutive draws, their longest spell without a win for six years

Zidane calls for calm: 'We are not in crisis but we cannot continue on like this'

Espanyol does not concede for the first time this season, Atletico are now leaders despite two Alves penalty saves, Pep's City lose 2-0 at Poch's Spurs