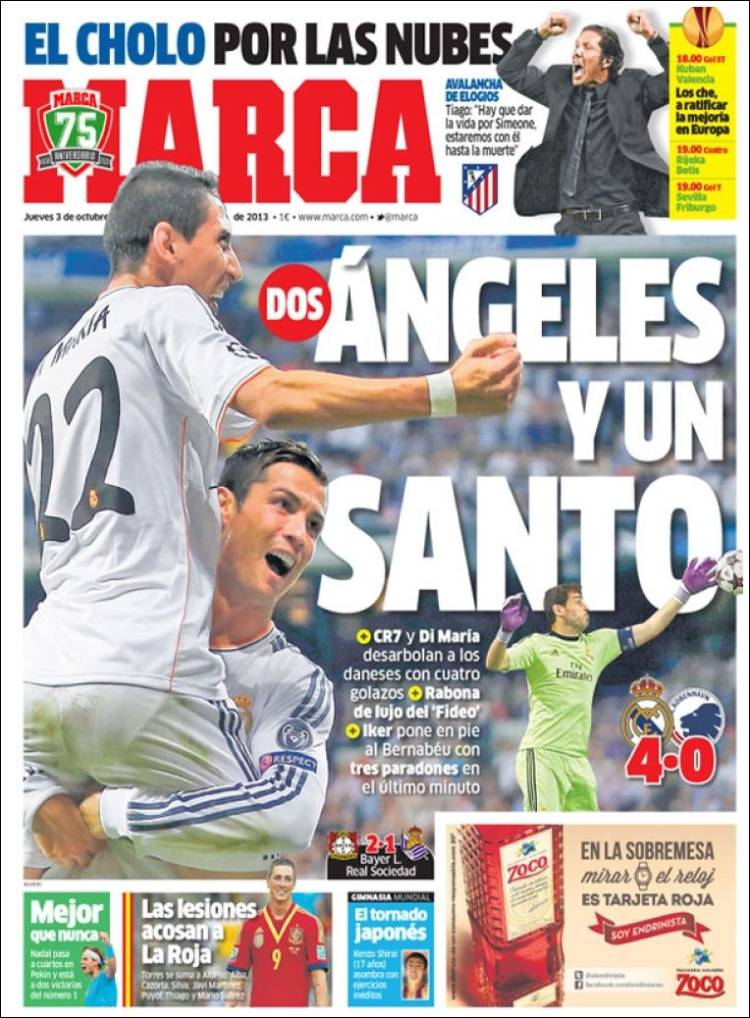 Two angels and a saint

CR7 and Di Maria undo the Danes with four goals

A spectacular 'rabona' from el Fideo

El Cholo aiming for the clouds

An avalanche of praise

Tiago: "We would give our lives for Simeone, we will be with him until death"

The injuries La Roja have to deal with at the moment 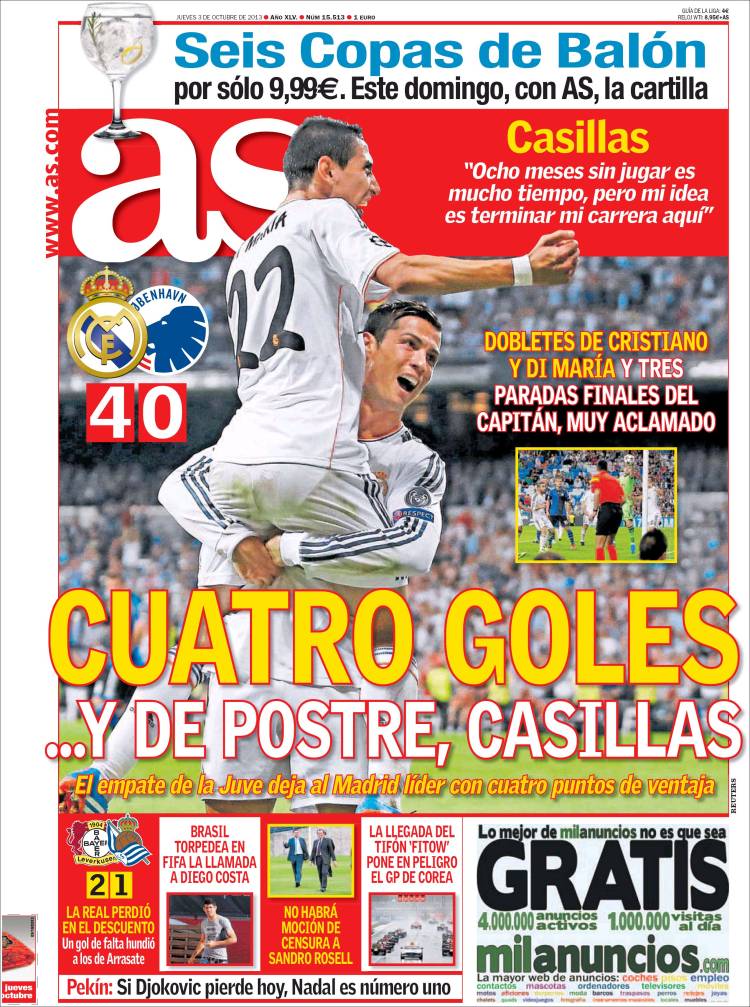 Four goals and for dessert, Casillas

Juve's draw leaves Madrid as leaders with a four-point advantage

Casillas: "Eight months without playing is a long time, but, my idea is to finish my career here"

A goal from a dead-ball situation defeats the Arrasate

Beijing: If Djokovic loses today, Nadal will be number one 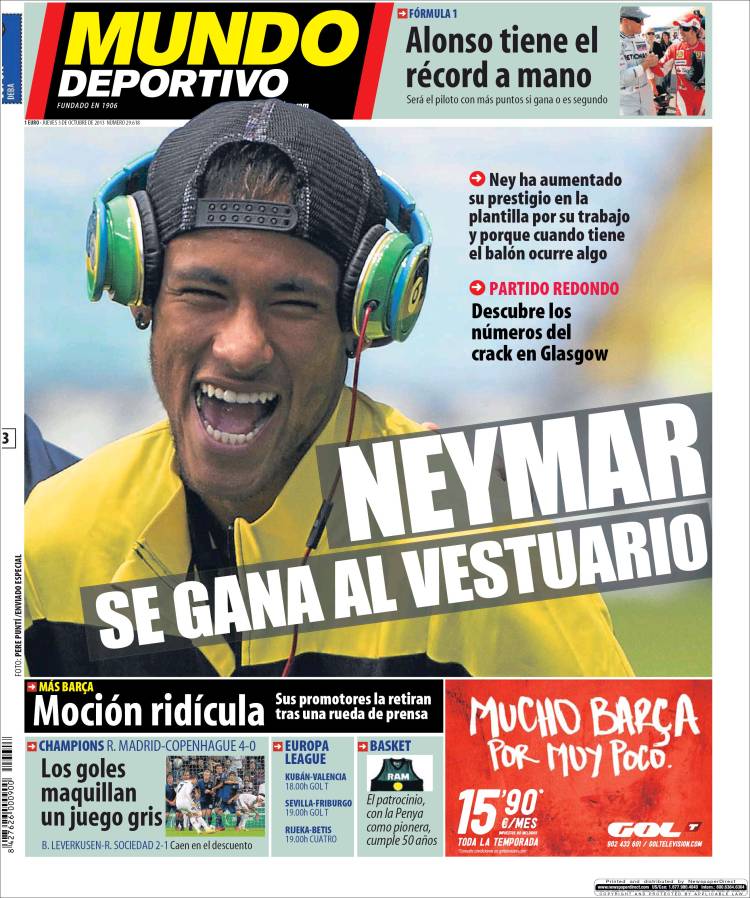 Neymar wins over the dressing room

Looking back: Discover his statistics in Glasgow

A ridiculous motion: It's instigators retire it after meeting the press

The goals mask a boring game in Madrid

Formula 1: Alonso has the record in his hand