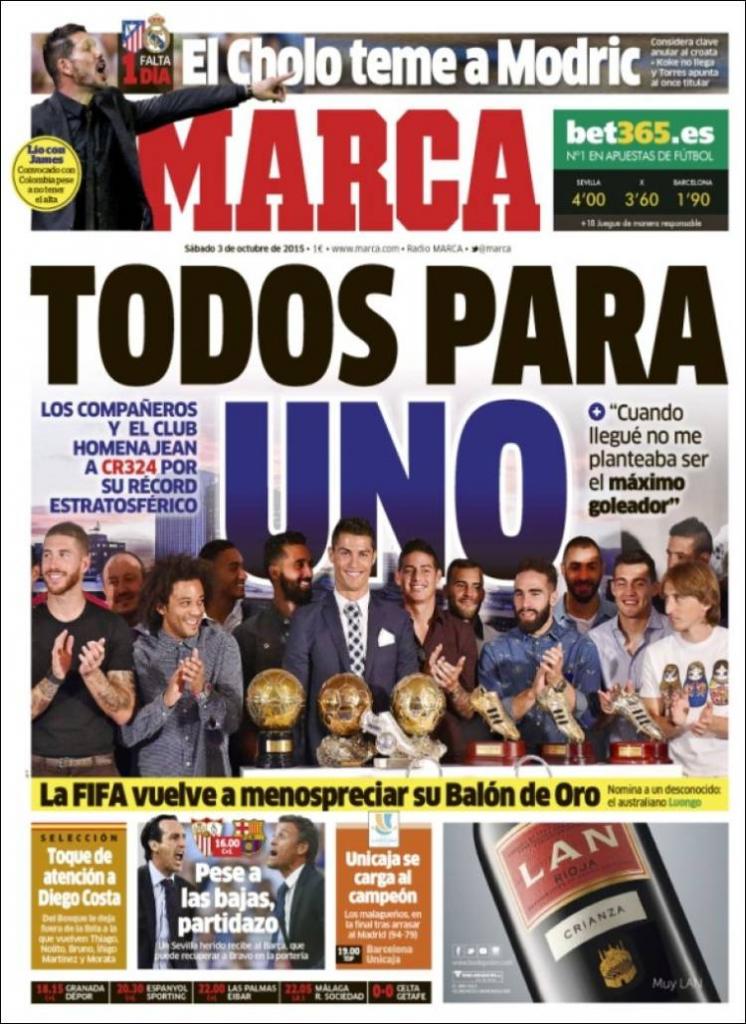 “When I arrived, I did not expect to be top scorer”

He believes stopping the Croat is key

It nominates a stranger; the Australian Luongo

Del Bosque leaves him out of his squad in favour of the returning Thiago, Nolito, Bruno, Inigo Martinez and Morata

A great game, despite the injuries

A wounded Sevilla host Barca, who could welcome back Bravo in goal 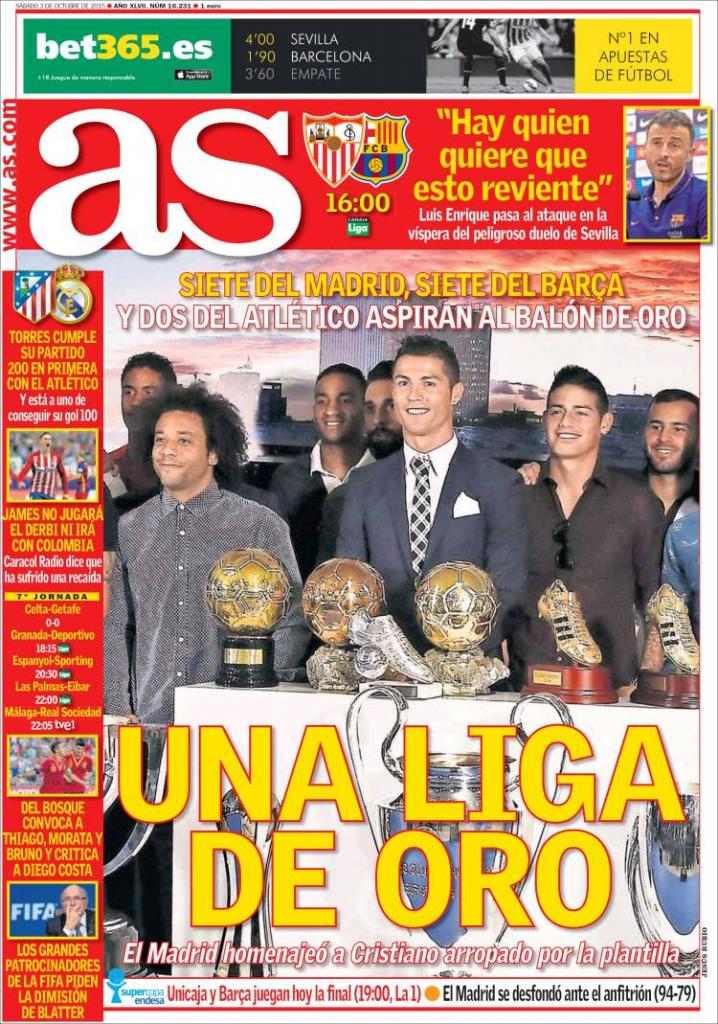 Madrid honour Ronaldo in front of his teammates

“Some people want us to crash and burn”

He can also score his 100th goal for the club

James will not play in the derby or for Colombia

Caracol Radio claims he has suffered a relapse 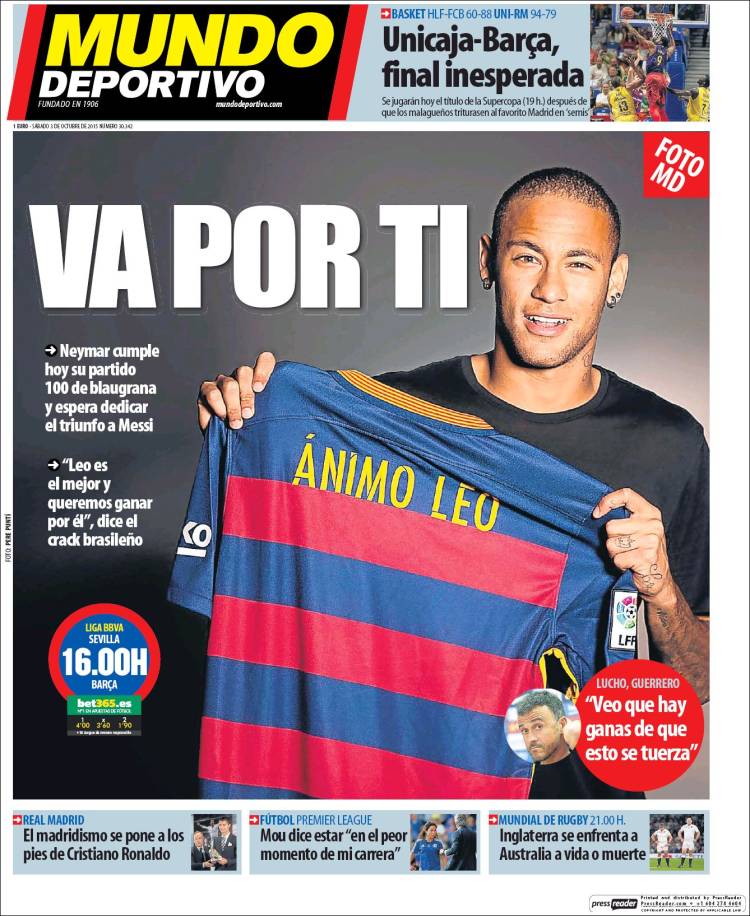 “Leo is the best and I want to win for him,” said the Brazilian star

Ronaldo has the Madrid fans at his feet

Mou says he is in “the worst spell of my career”