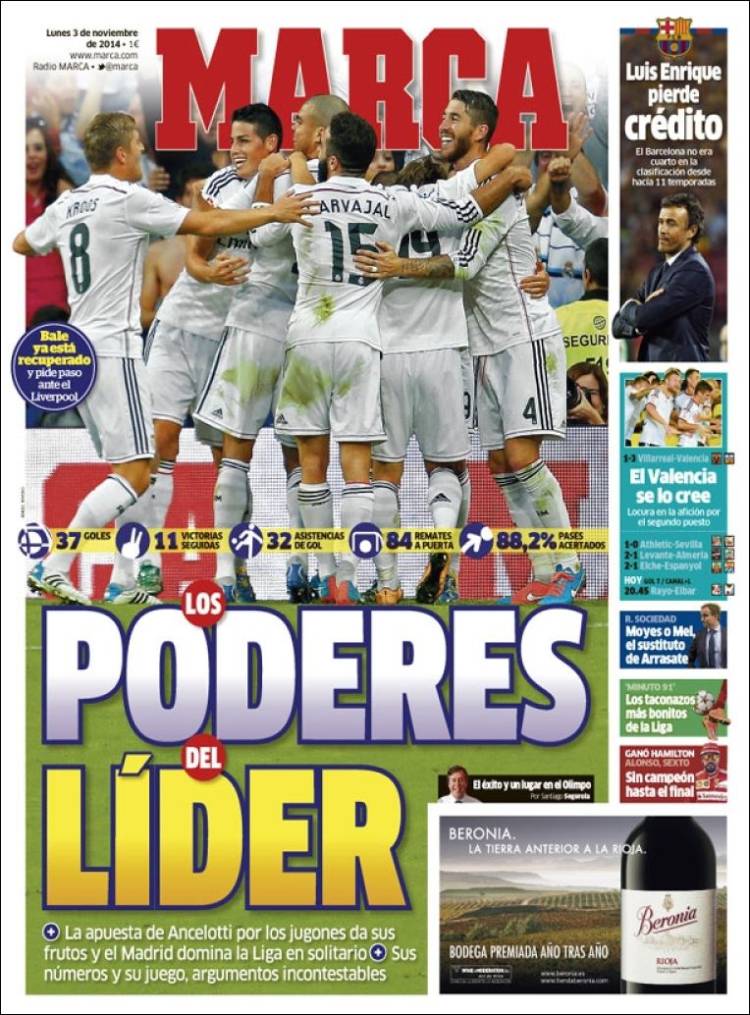 The power of the leaders

Their statistics and play, indisputable arguments

Barca have not been fourth in the table since 2011

Valencia believe in themselves

Madness amongst the fans as they go into second place

“Minute 91”: the most beautiful back-heels in the League 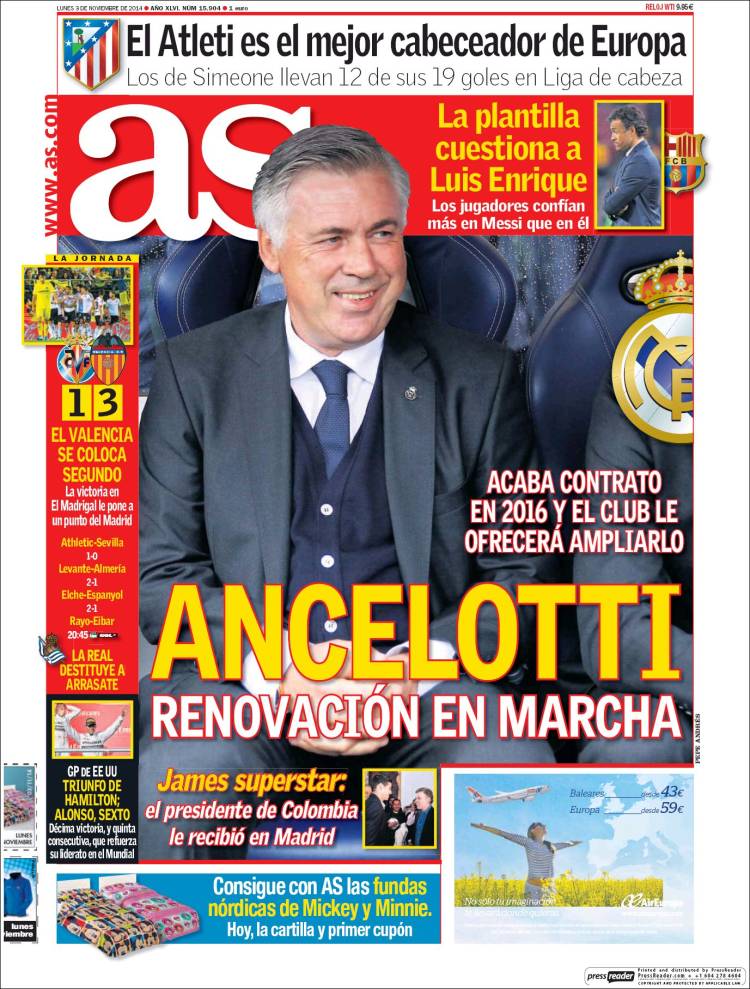 James superstar: the Colombian President is welcomed in Madrid

Atleti are the best in Europe with headed goals: Simeone’s men have scored 12 of their 19 La Liga goals with their head

The squad questions Luis Enrique: the players trust Messi more than him

Valencia stay in second: victory in El Madrigal puts them one point behind Real Madrid 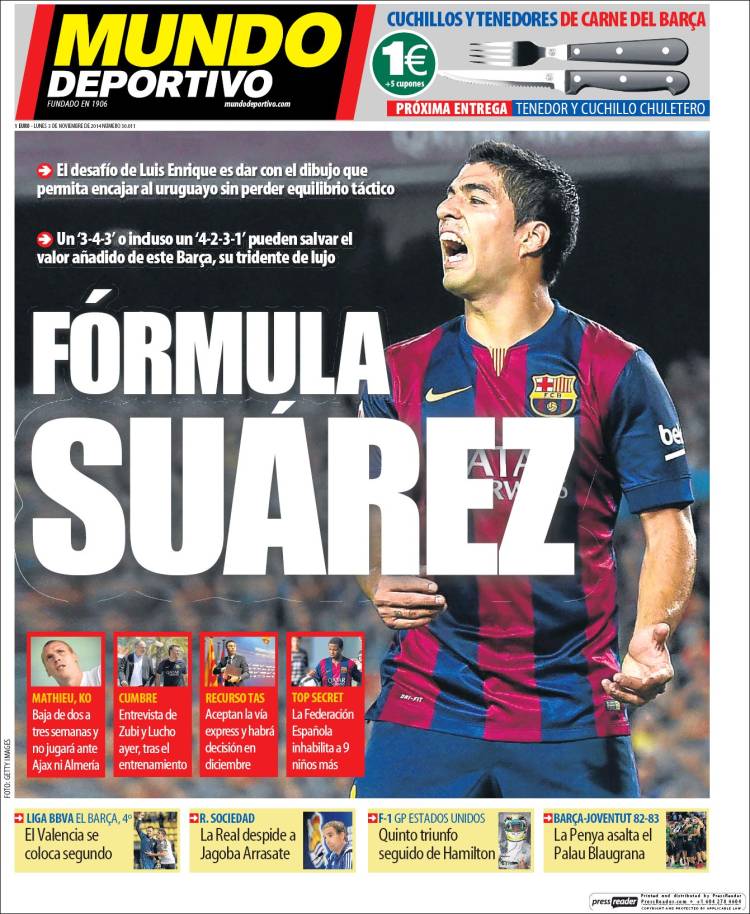 Mathieu KO: He is out for two to three weeks and will not play against Ajax or Almeria

Summit: Meeting between Zubi and Lucho yesterday after training

CAS appeal: they accept the fast track and will make a decision in December

Top Secret: The Spanish Federation out for another nine months