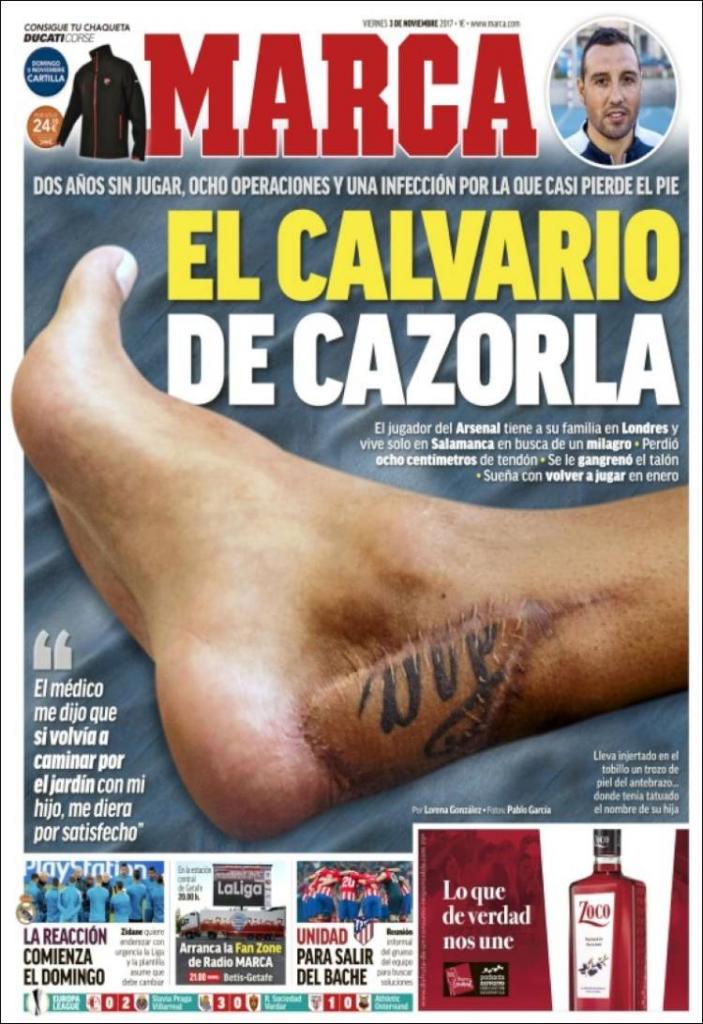 Two years without playing, eight operations, an infection which threatened his foot

Arsenal player has a family in London but lives in Salamanca searching for a miracle, has lost 8cm of his tendon, gangrine in foot, dreams of January return

"The doctor told me that if I began to walk in the garden with my son, it should give me satisfaction"

The reaction starts on Sunday

United to get out of the rut 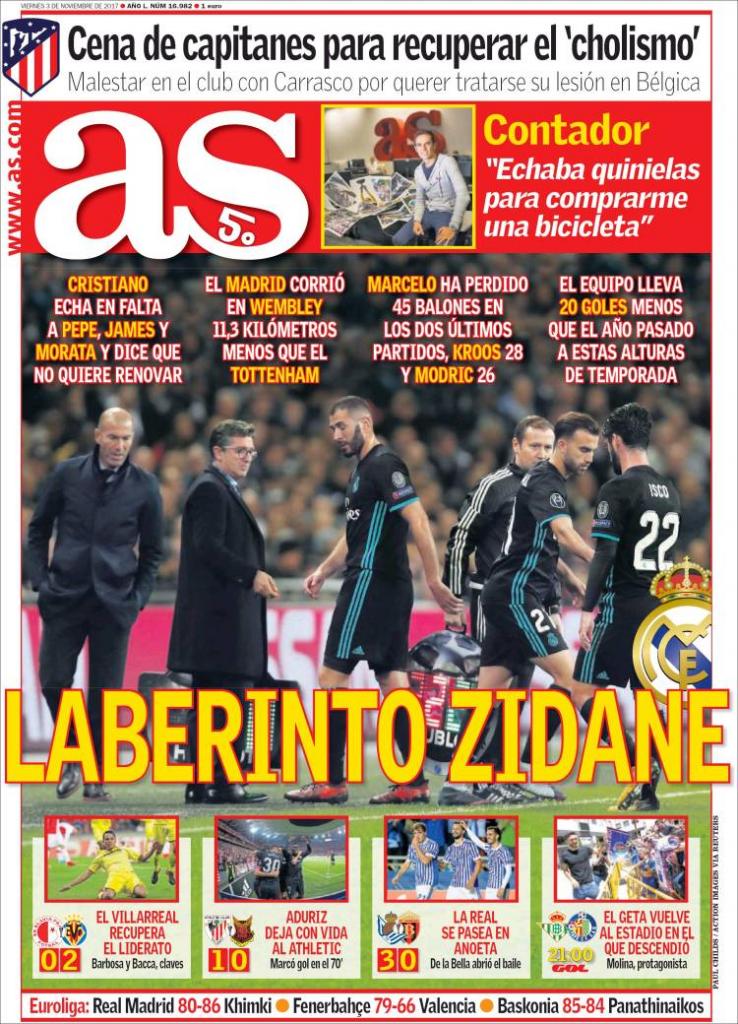 Cristiano blames exits of Morata, James Pepe and say he doesn't want to renew, Madrid ran 11.3km less than Spurs at Wembley, Marcelo has lost the ball 45 times in two games, Kroos 28 and Modric 26, the team has 20 goals less than this time last season

Villarreal recover to lead group - Bacca and Barbosa with the goals

Getafe return to stadium which relegated them 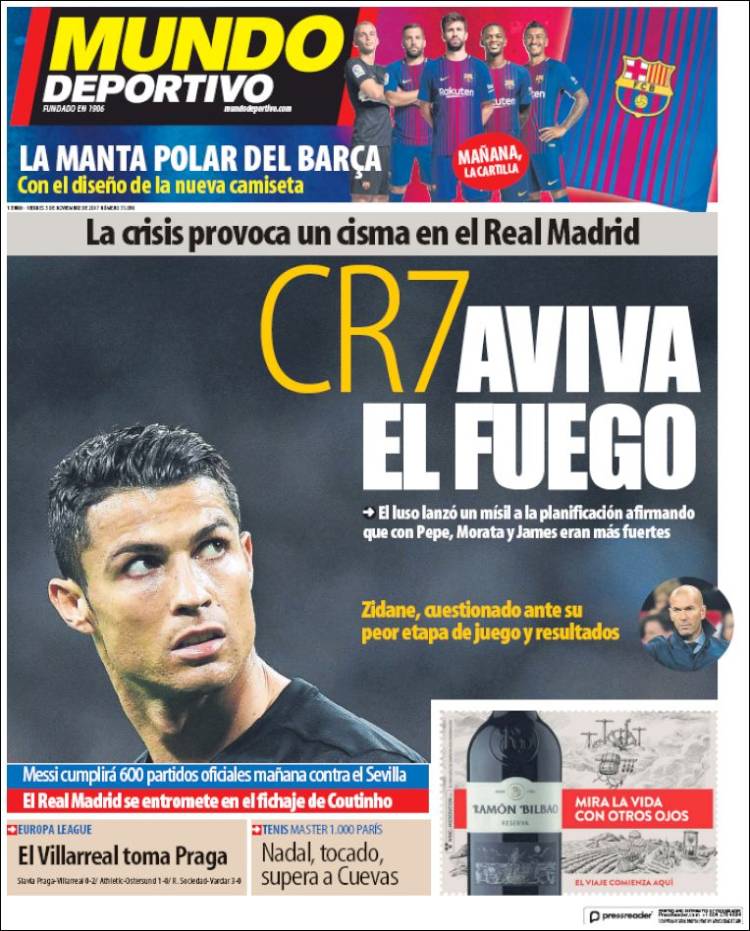 Said they are less strong with no Morata, James, Pepe

Zidane questioned before his worst run of results