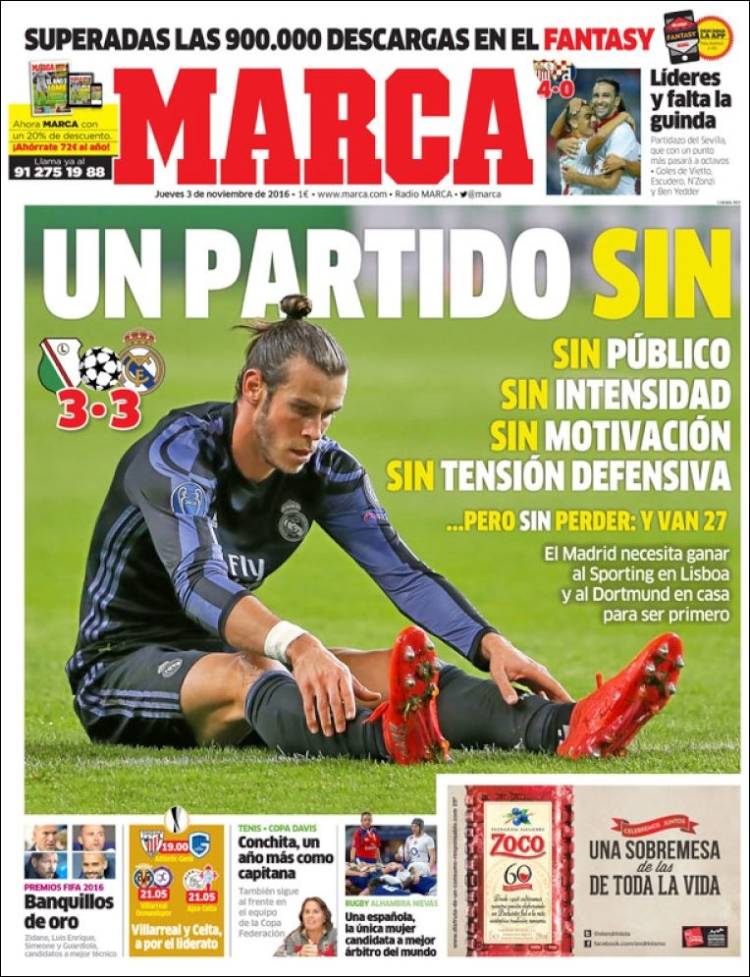 A game without the fans, without intensity, without motivation, without defensive tension, but also without losing (27)

Sevilla - leaders of the group after beating Dinamo Zagreb with goals from Vietto, Escudero, N'Zonzi and Ben Yedder

Coaches of the year nominees

Villarreal and Celta, going for the leadership of the groups 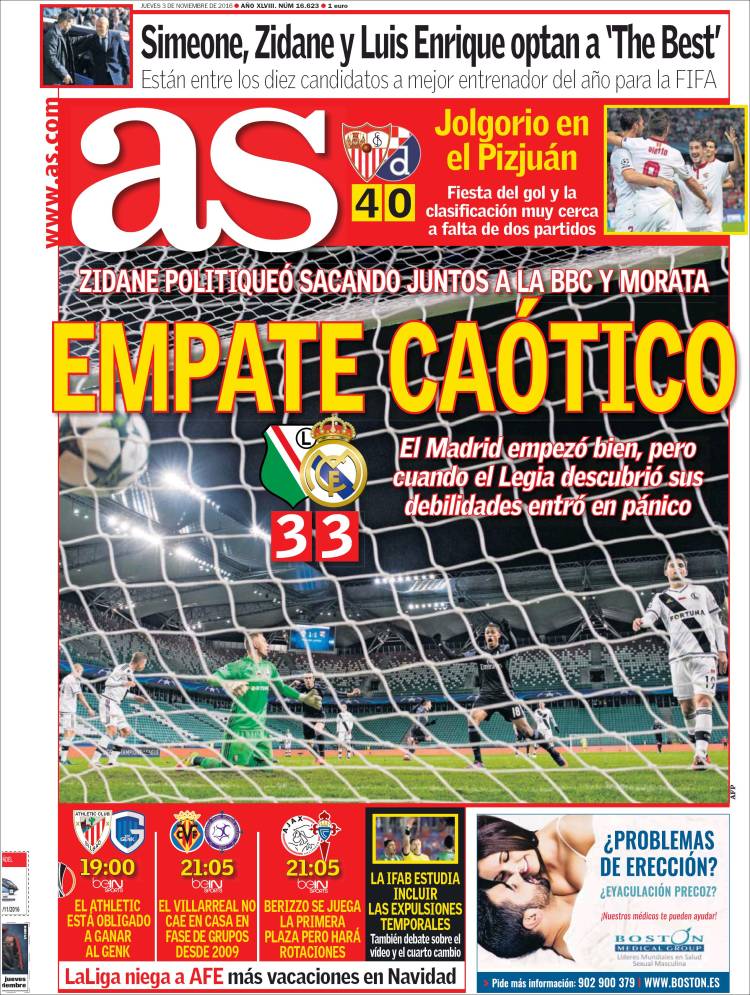 Zidane goes political by playing the BBC and Morata

Simeone, Zidane and Luis Enrique included in the best coaches of the year list

Villarreal have not failed in a group since 2009

Berizzo to play a strong team but will make changes 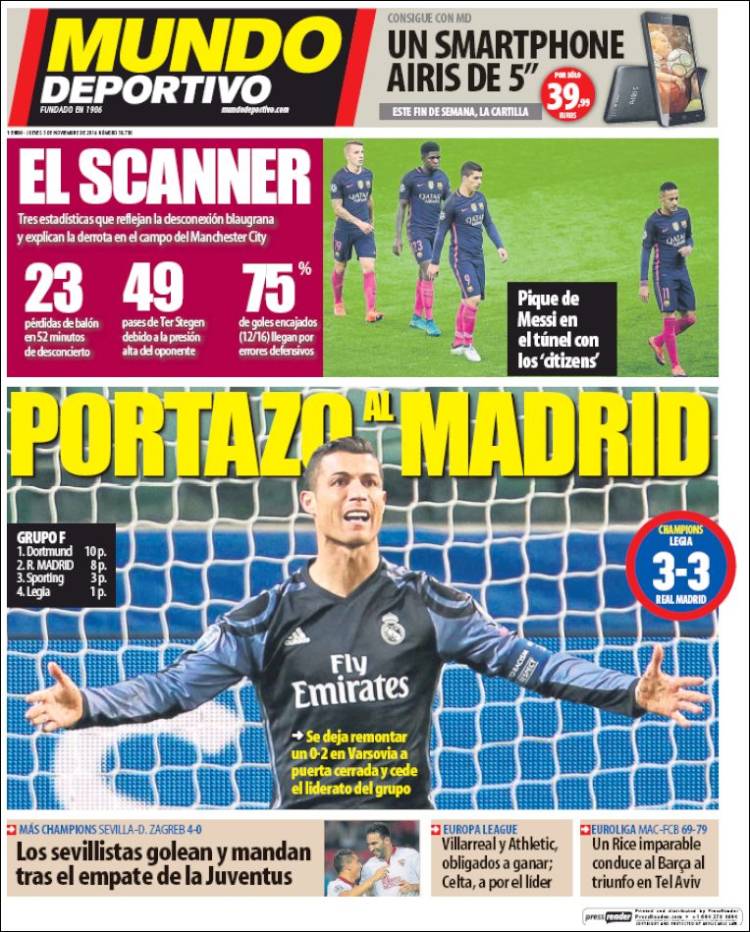 23 times they lost the ball in 52 mins, 49 times Ter Stegen passed the ball due to City pressure, 75% of goals conceded due to defensive errors

Messi's rage in the tunnel in Manchester

Villarreal and Athletic need to win, Celta for the leader