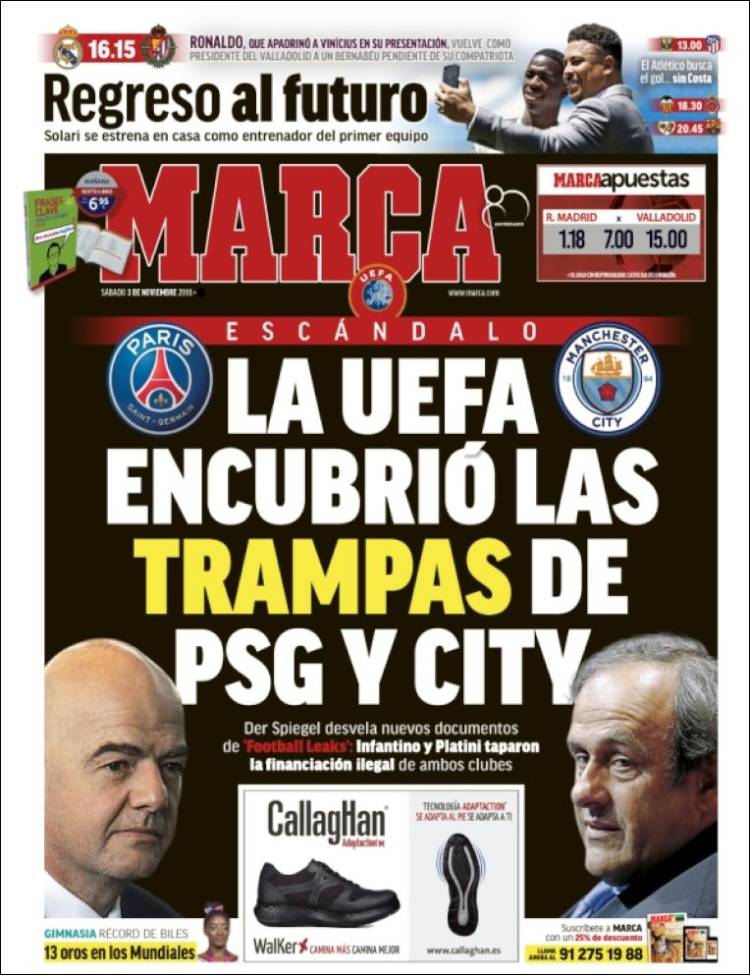 Back to the future

UEFA covers up the traps of PSG and City

Infantino and Platini covered up illegal documents from both clubs 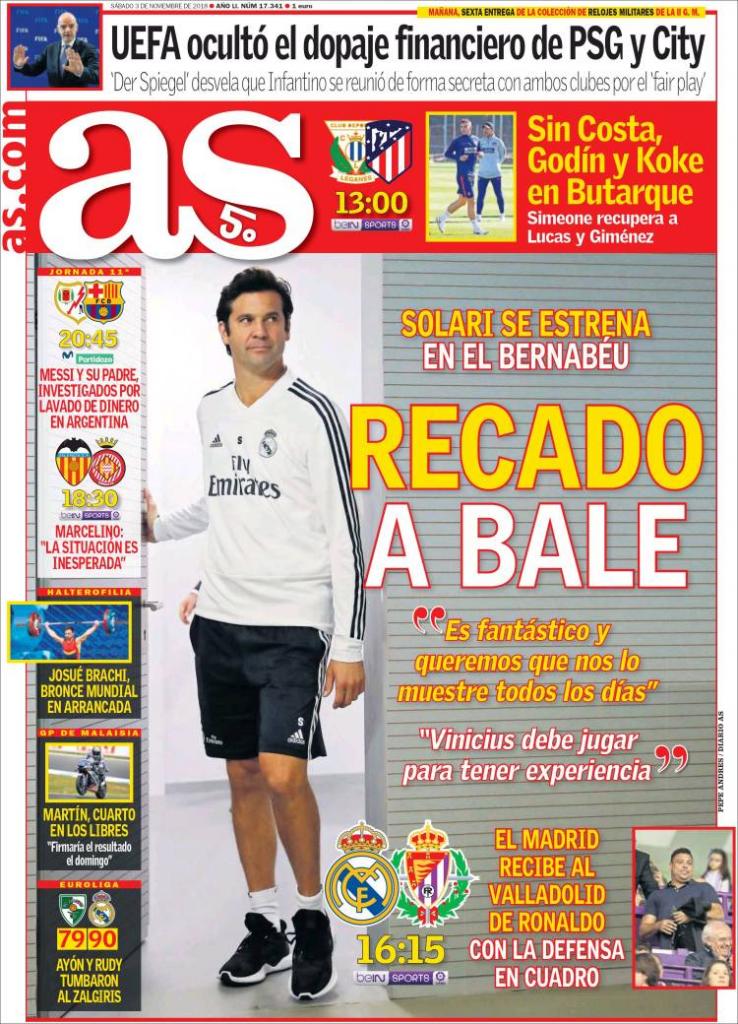 Without Costa, Godin and Koke at Butarque

Solari debuts at the Bernabeu

"He's fantastic and we want him to show that every day"

"Vinicius must play to gain experience"

Madrid hosts Ronaldo's Valladolid with their defence in disarray

Messi and his father investigated for money laundering in Argentina

Marcelino: "The situation is unexpected" 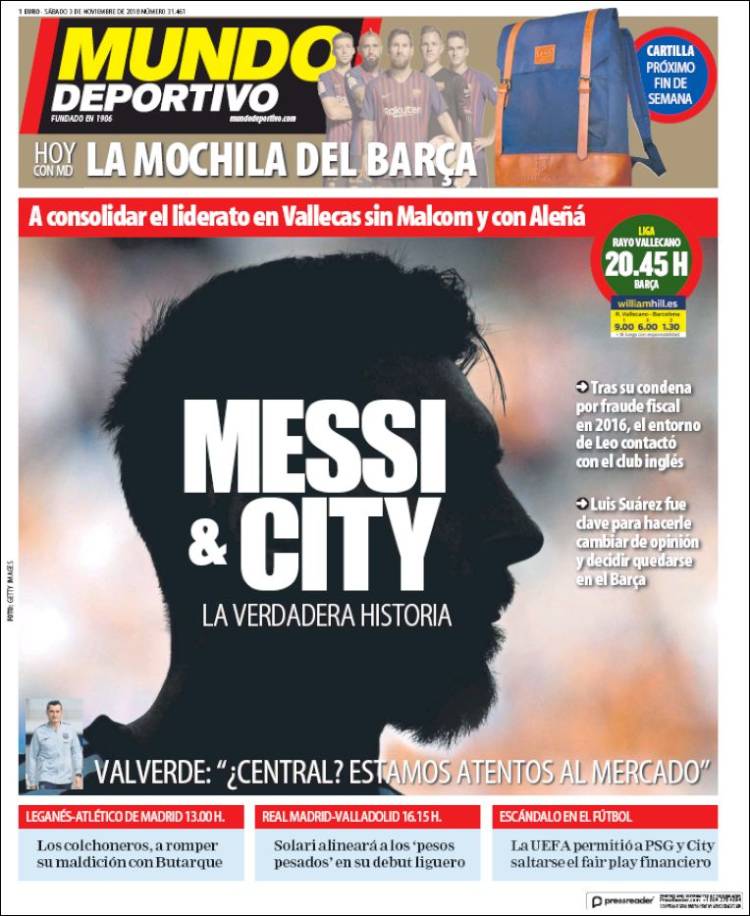 After his conviction for tax fraud in 2016, Messi's camp held talks with the English club

Los Colchoneros out to end their Butarque curse

Solari will play his big-hitters on his home debut