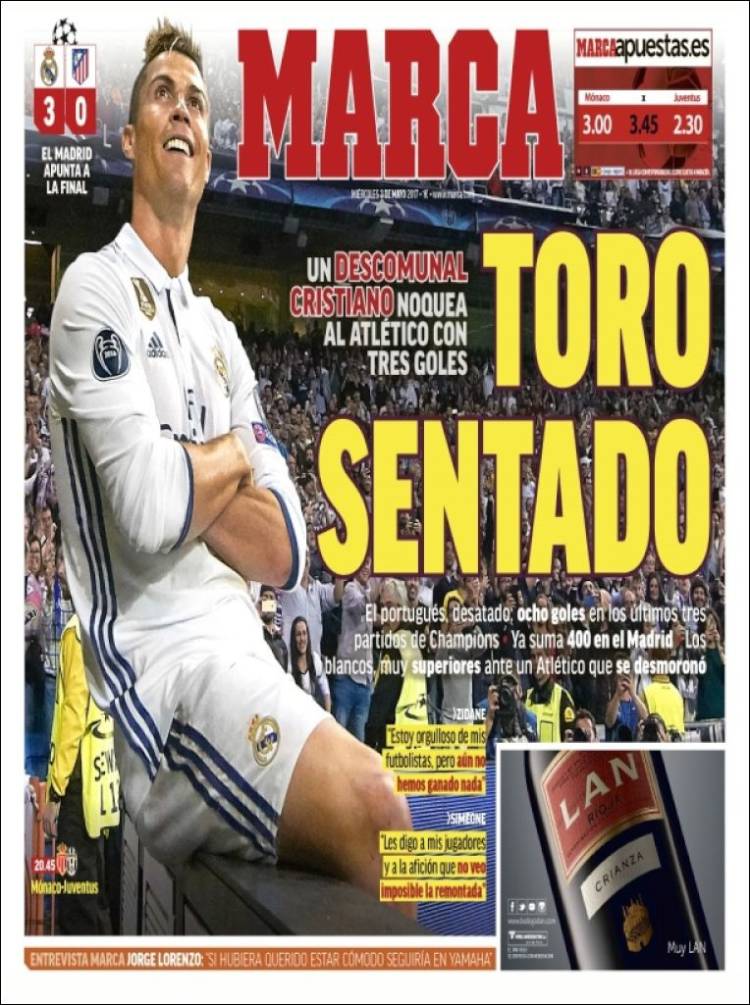 The Portuguese star has scored 8 goals in his last 3 Champions League games and 400 altogether for Madrid, RM far superior to Atletico

Zidane: I'm proud of my players although we haven't won anything yet

Simeone: I'm telling my players and the fans that a comeback isn't impossible 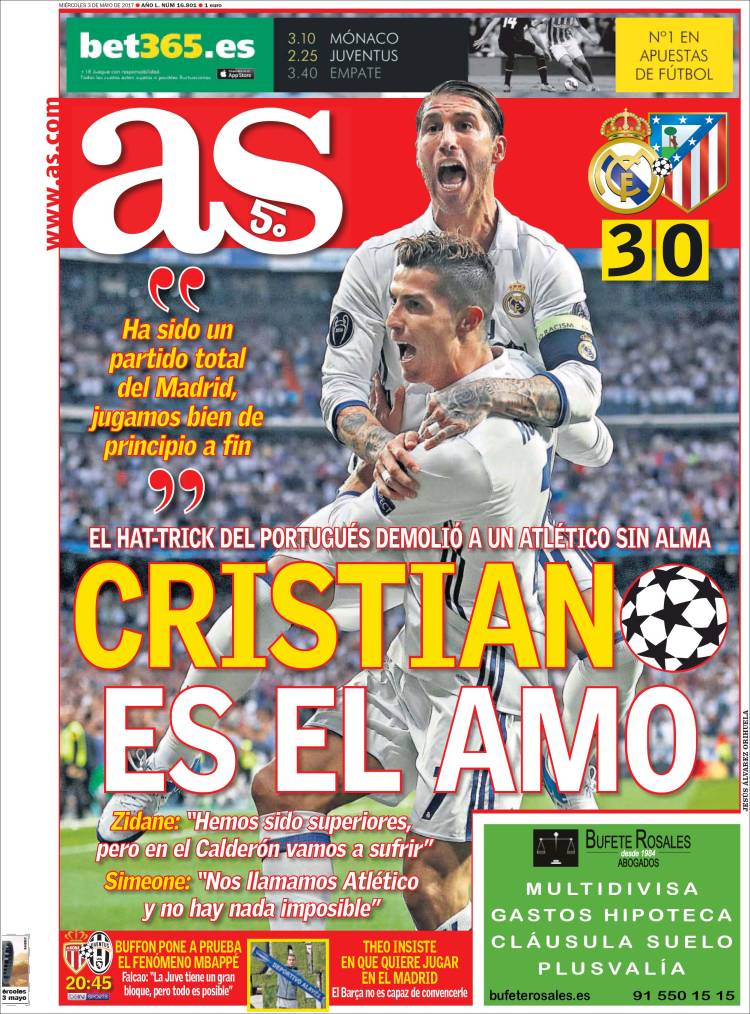 Cristiano is the master

Zidane: We were far superior but we will suffer at the Calderon

Simeone: We tell the players to believe in a comeback and nothing is impossible

"It was a complete performance from Madrid, we played well from the start to the end"

Buffon to test the phenomonon Mbappe - Falcao: Juve have a great defence but everything is possible 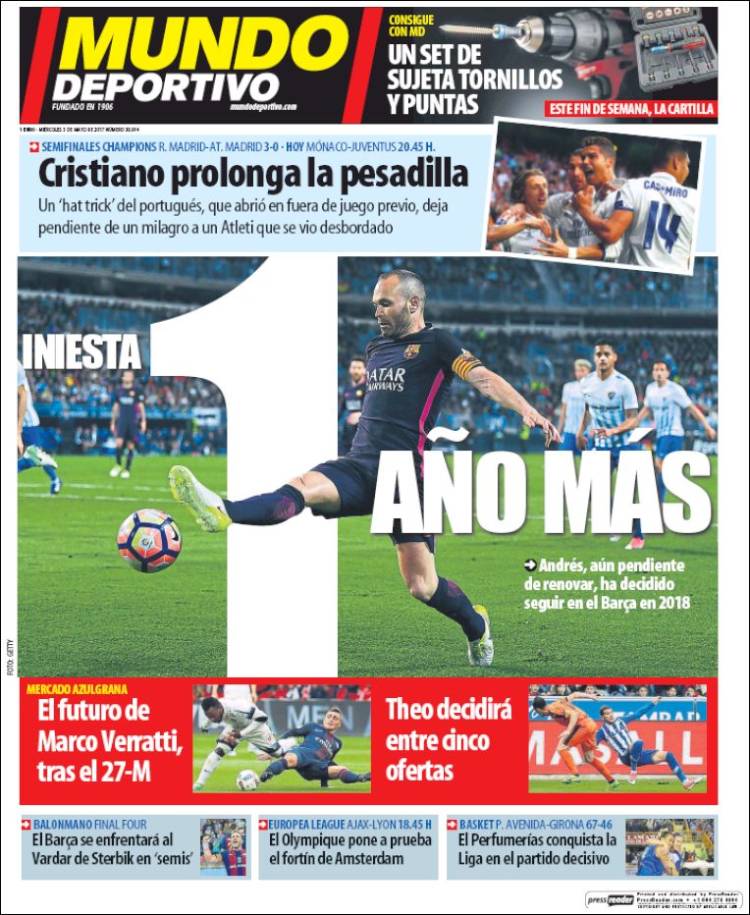 Set to renew Barcelona deal until 2018

Theo to decide between 5 offers