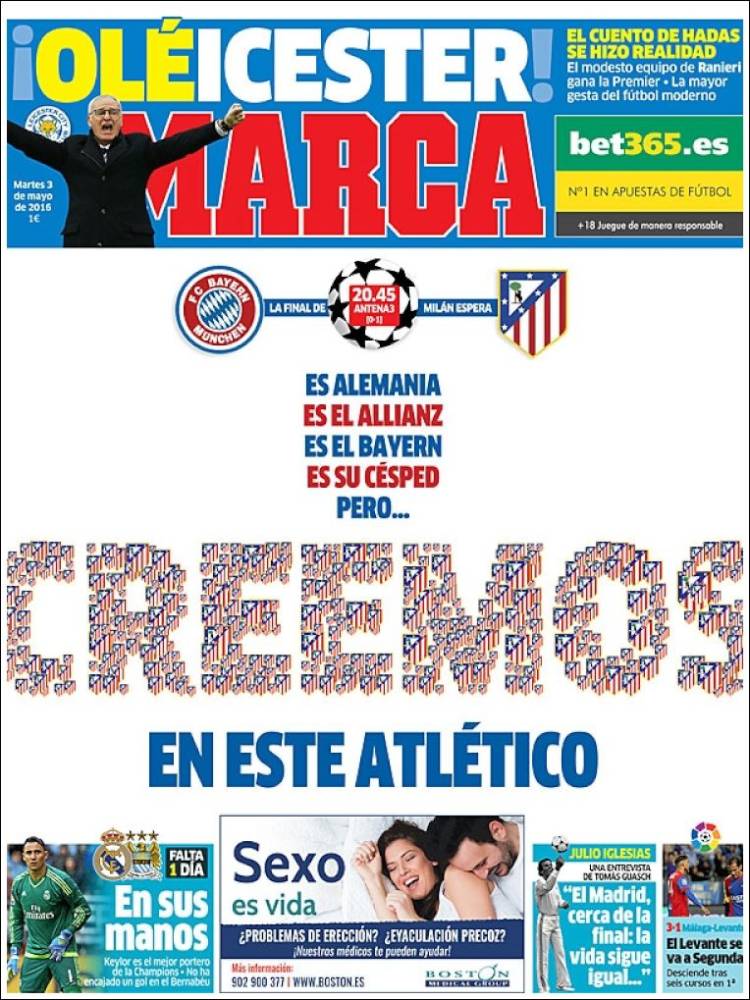 The fairytale becomes a reality

The greatest feat in modern football

We believe in this Atletico

Keylor is the best goalkeeper in the Champions League

He has not conceded a goal at the Bernabeu

Julio Iglesias: “Madrid close to the final: life carries on the same”

Levante go down to La Segunda

They are relegated after six seasons in La Primera 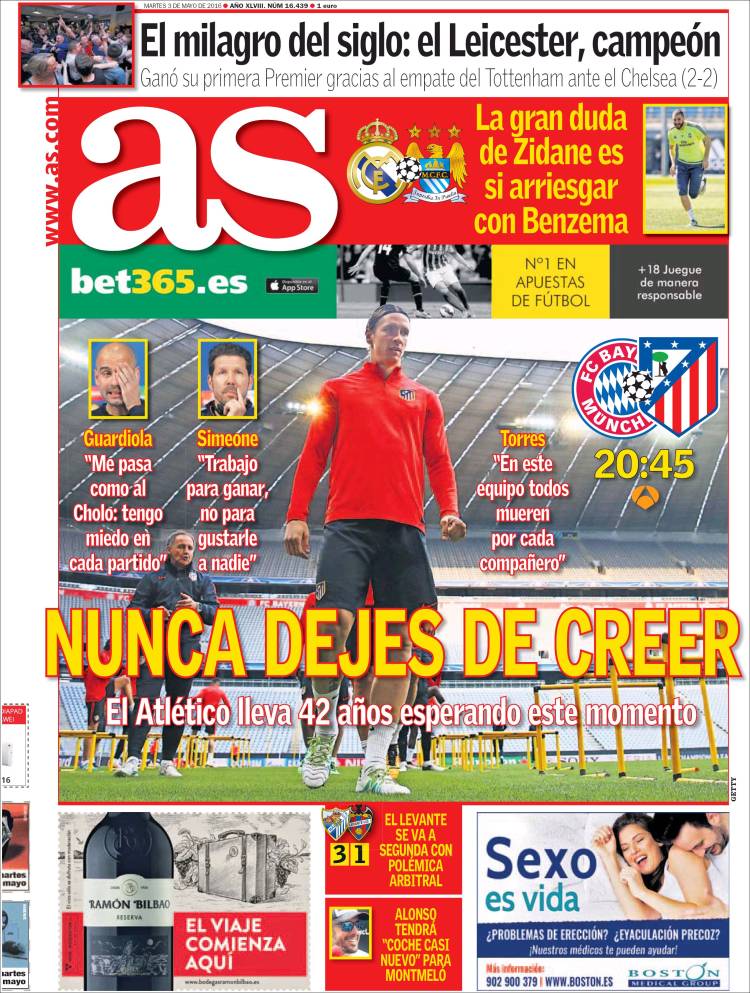 Atletico have waited 42 years for this moment

Guardiola: “I’m the same as Cholo: I fear every game”

Simeone: “I work to win, not to please anybody”

Torres: “In this team everyone would die for one of their teammates”

The miracle of the century: Leicester champions

Zidane’s great doubt is if he should risk Benzema

Levante go down to La Segunda with a refereeing controver 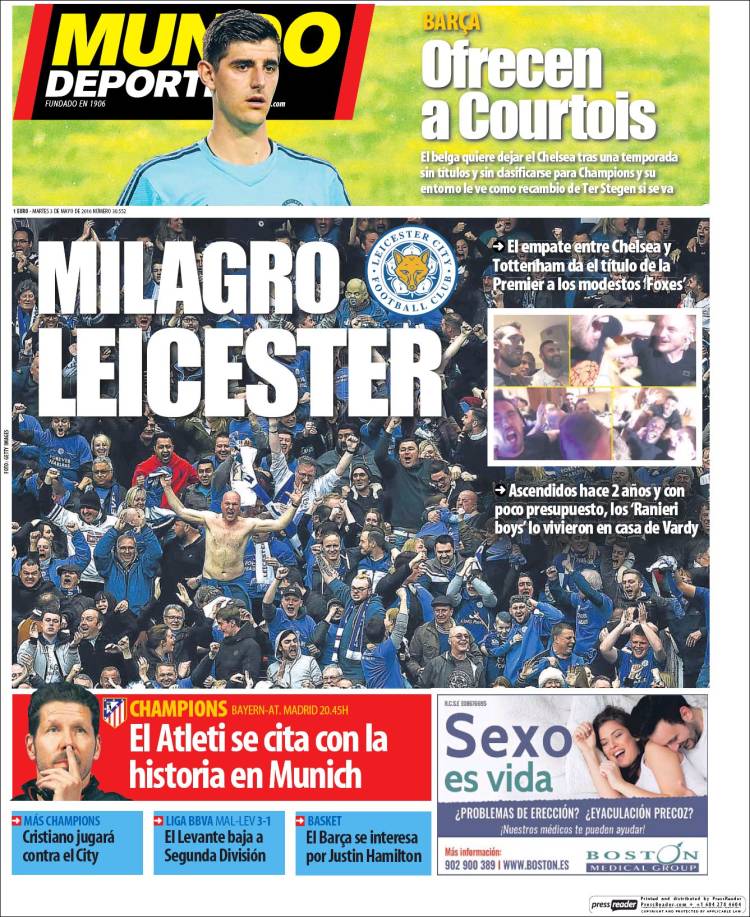 Promoted two years ago and with a small budget, Ranieri’s boy’s watched it at Vardy’s house

The Belgian wants to leave Chelsea after a season without trophies and not qualifying for the Champions League, while his advisors see him as the replacement for Ter Stegen if he goes

Atleti’s date with history in Munich

Cristiano will play against City

Levante go down to the second division