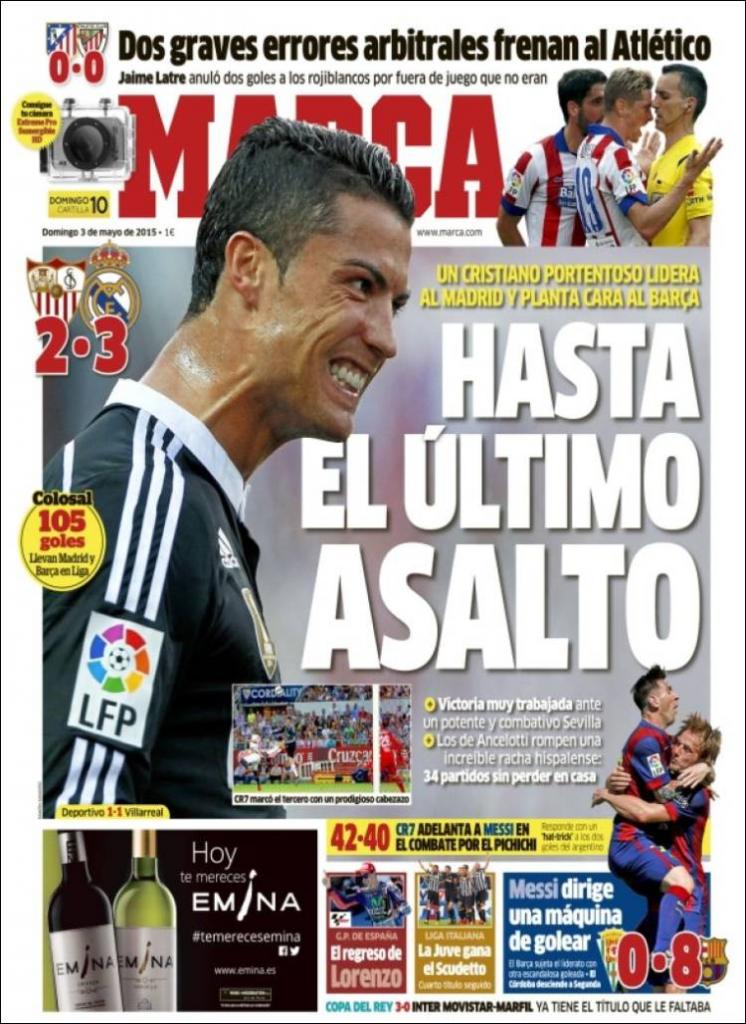 Until the last round

A marvellous Cristiano leads Madrid and faces up to Barca

A very workmanlike victory against a strong and combative Sevilla

Colossal: Madrid and Barca both have 105 goals

42-40: CR7 goes ahead of Messi in the fight for ‘Pichichi’. He responds to two goals from the Argentine with a hat-trick 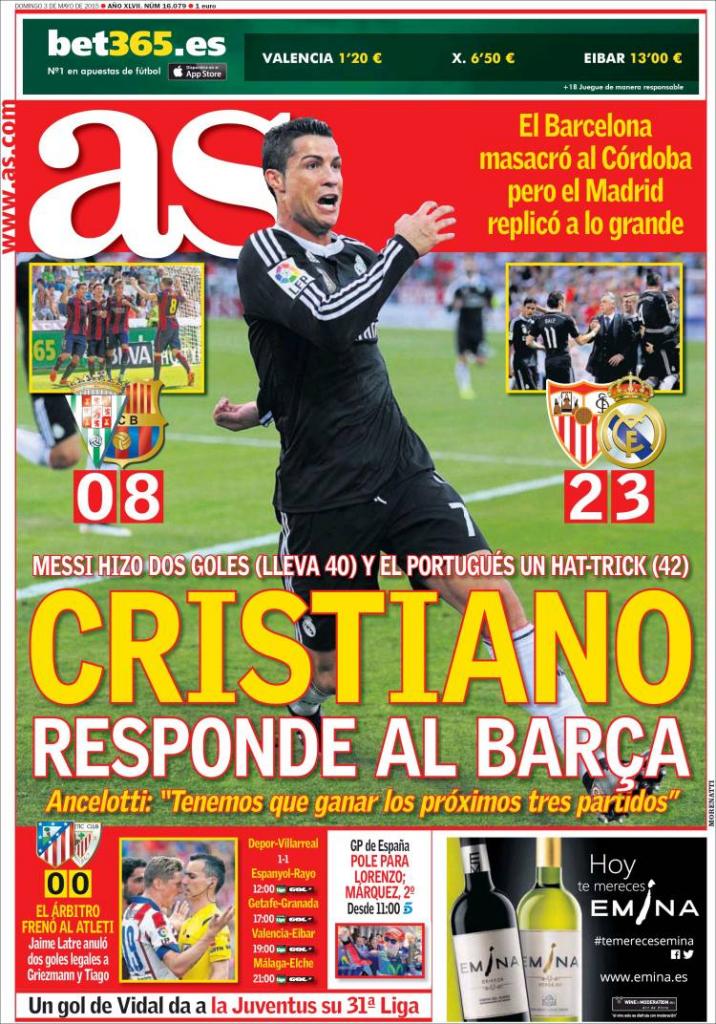 Ancelotti: “We have to win the next three games”

A goal from Vidal gives Juventus their 31st League title 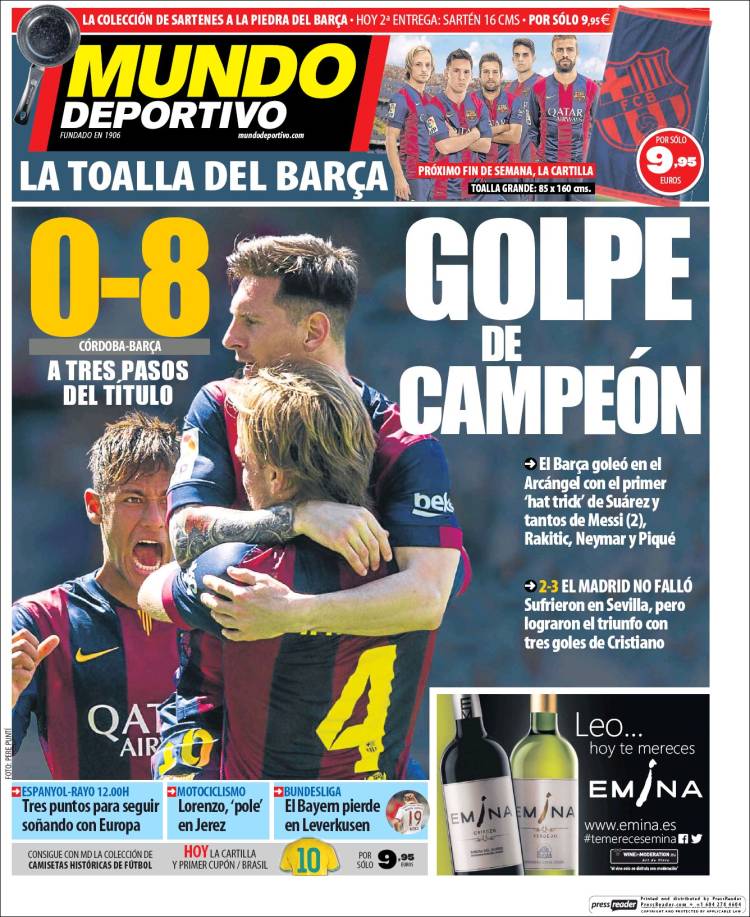 Three steps from the title

Barca goal feast at the Arcangel with Suarez’s first ‘hat-trick’ and goals from Messi (2), Rakitic, Neymar and Pique

Madrid don’t falter. They suffer in Sevilla but achieve victory with three goals from Cristiano