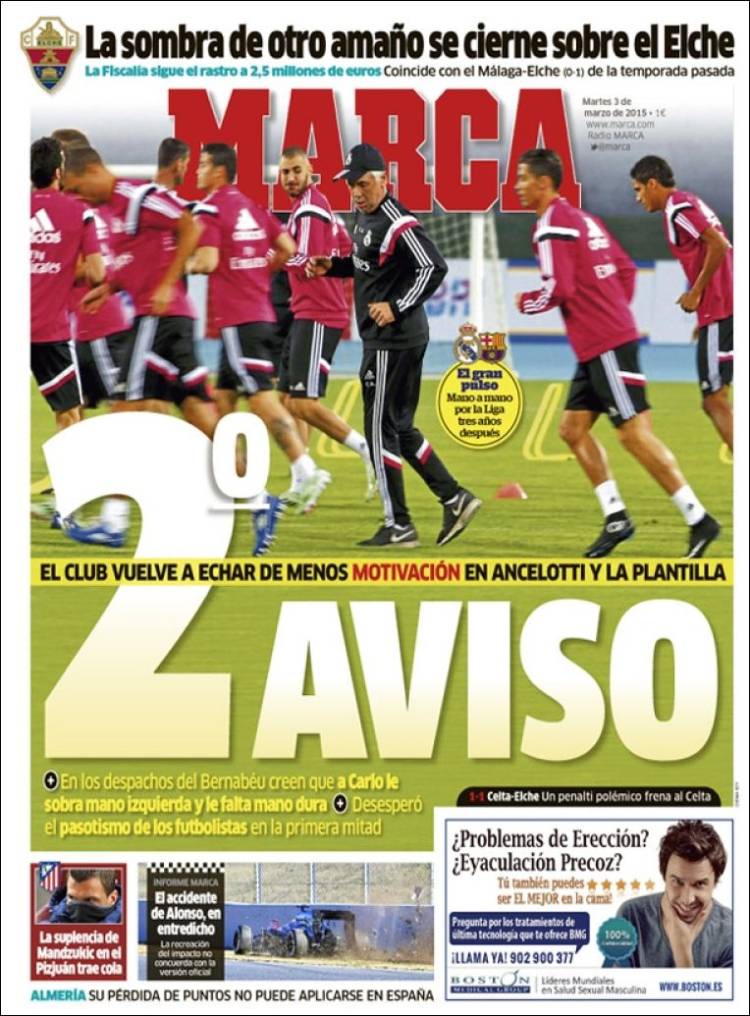 The club once again miss motivation in Ancelotti and the squad

The shadow of another match-fixing looms over Elche

The prosecution follows the trail of €2.5m

It coincides with Malaga-Elche (0-1) from last season

Mandzukic’s replacements in the Sanchez Pizjuan queue up

Almeria: their loss of points cannot apply in Spain 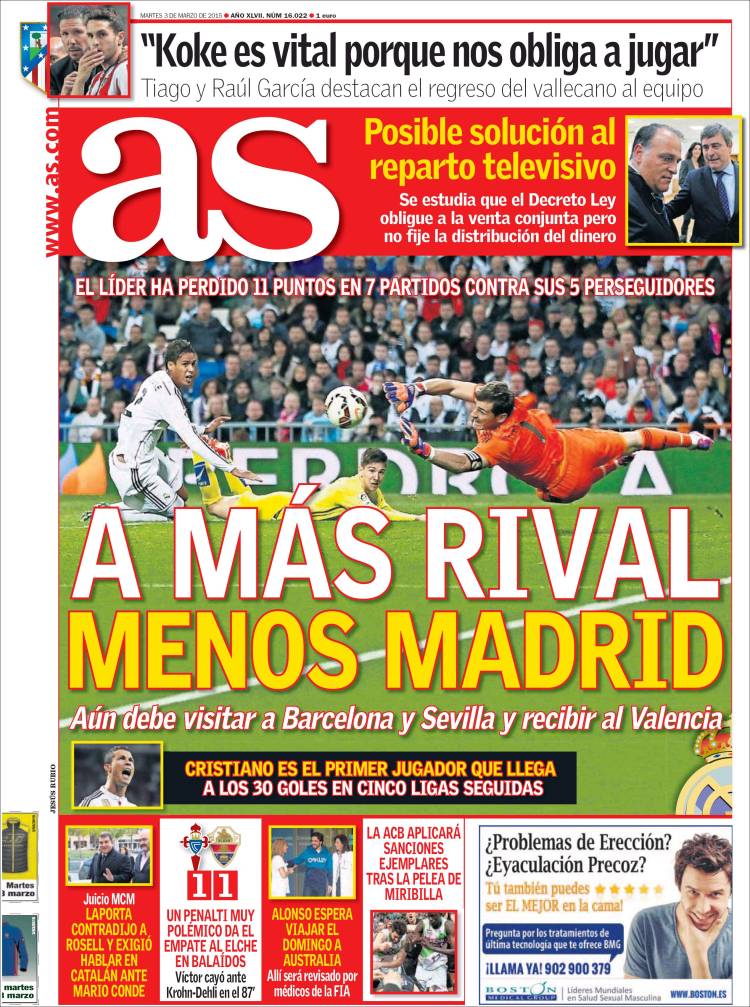 The better the opponent, the worse Madrid

They must still visit Barcelona and Sevilla and receive Valencia

Possible solution to the television share-out: they are studying if the Law of Decree obliges the joint sale but doesn’t fix the distribution of money

“Koke is vital because he makes us play”

1-1: a very controversial penalty earns Elche a draw at Balaidos

Victor went down against Krohn-Dehli in the 87th minute 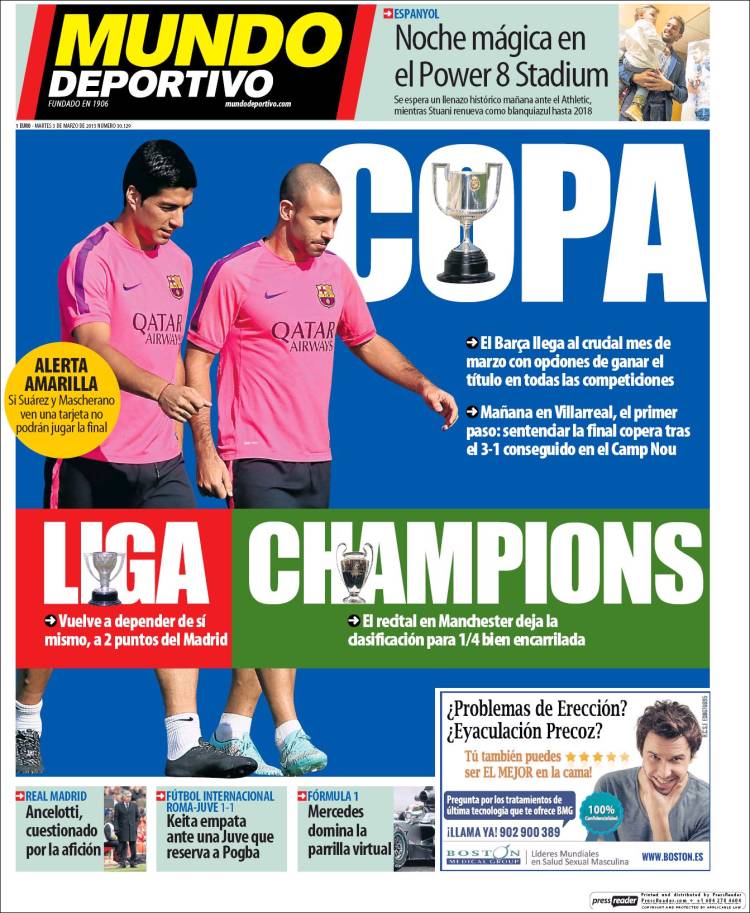 Tomorrow at Villarreal, the first step: to seal the Cup final after winning 3-1 at the Camp Nou

League – It again depends upon themselves, two points away from Madrid

Yellow alert: if Suarez and Mascherano receive a yellow card they will not be able to play in the final

A magic night in the Power8 Stadium: they are hoping for a historic full house tomorrow against Athletic, while Stuani renews as a Blanquiazul until 2018

Ancelotti, questioned by the fans

Roma 1 Juve 1: Keita earns a draw against a Juve that rests Pogba