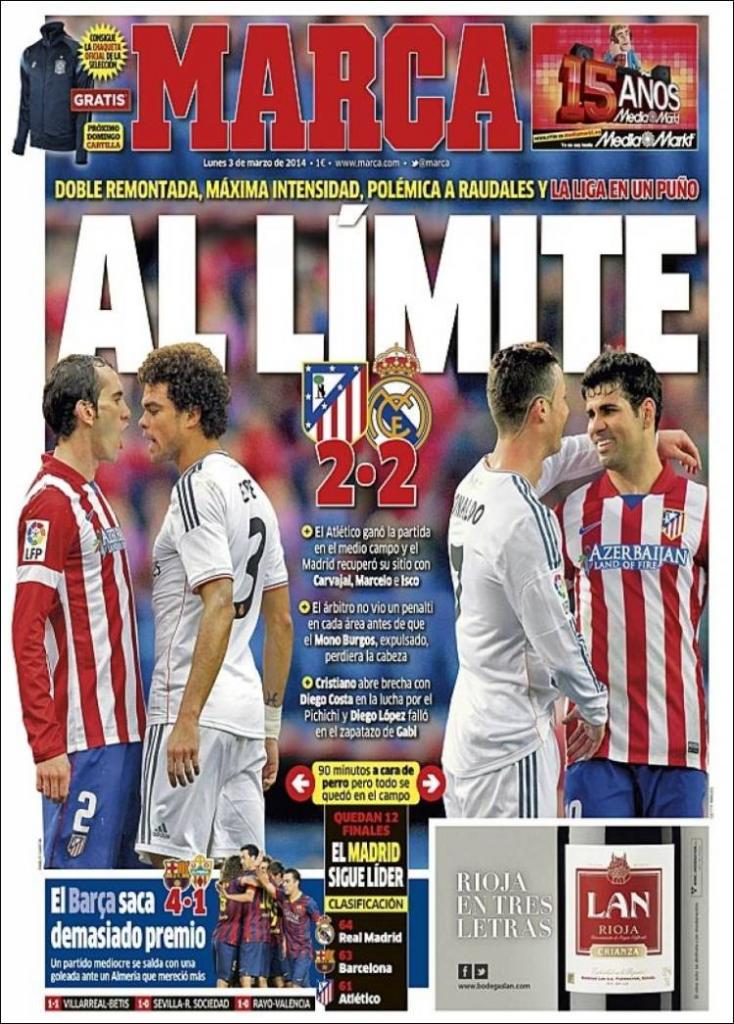 Two comebacks, maximum intensity, controversy and a league that has everyone waiting with bated breath

Atletico won the first half and Madrid came back thanks to Carvajal, Marcelo and Isco

The referee did not see a penalty in the area before sending off Mono Burgos, who lost his head

Barca get more than they deserve 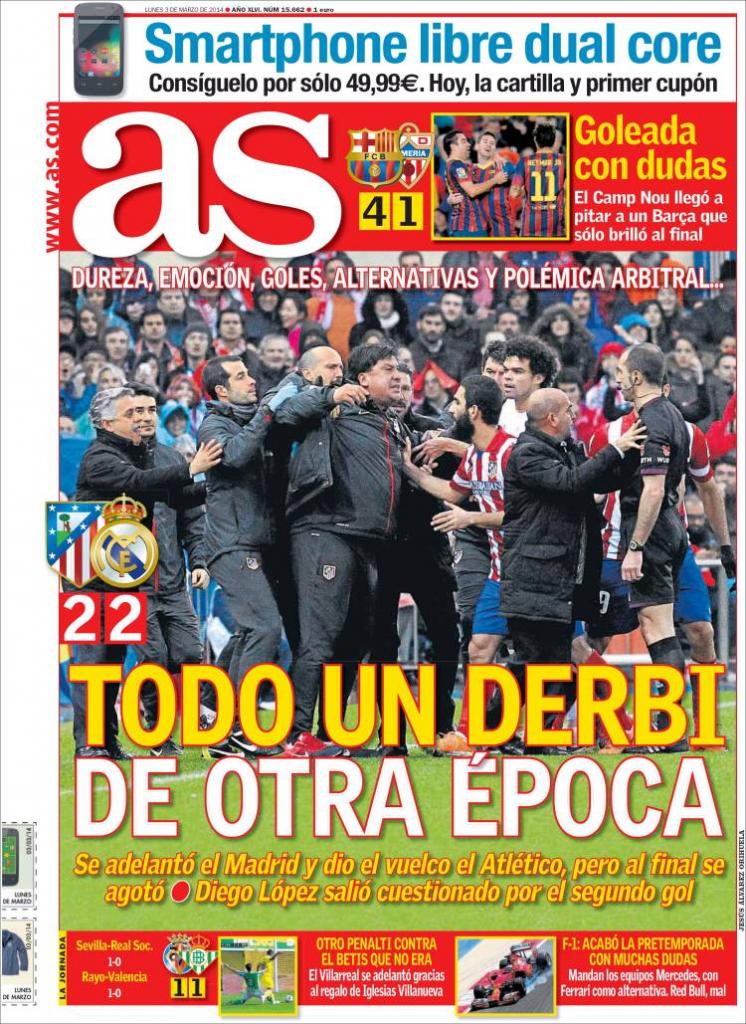 A derby of another era

Madrid went ahead, Atletico turned things around but ran out of steam

Camp Nou at one stage was jeering their team

Another penalty against Betis that was not a penalty

Villarreal went ahead thanks to a gift from Iglesias Villaneuva

Formula 1: The preseason finishes with many doubts 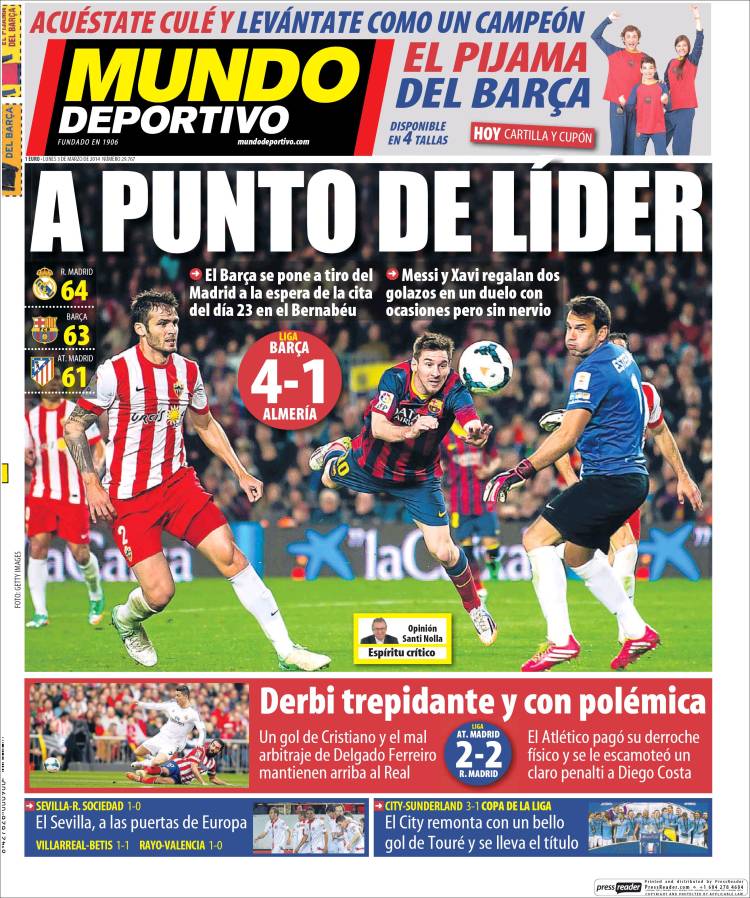 Getting closer to the top

Barca recover some ground against Madrid ahead of March 23

A frenetic derby with controversy

Sevilla give themselves a European chance