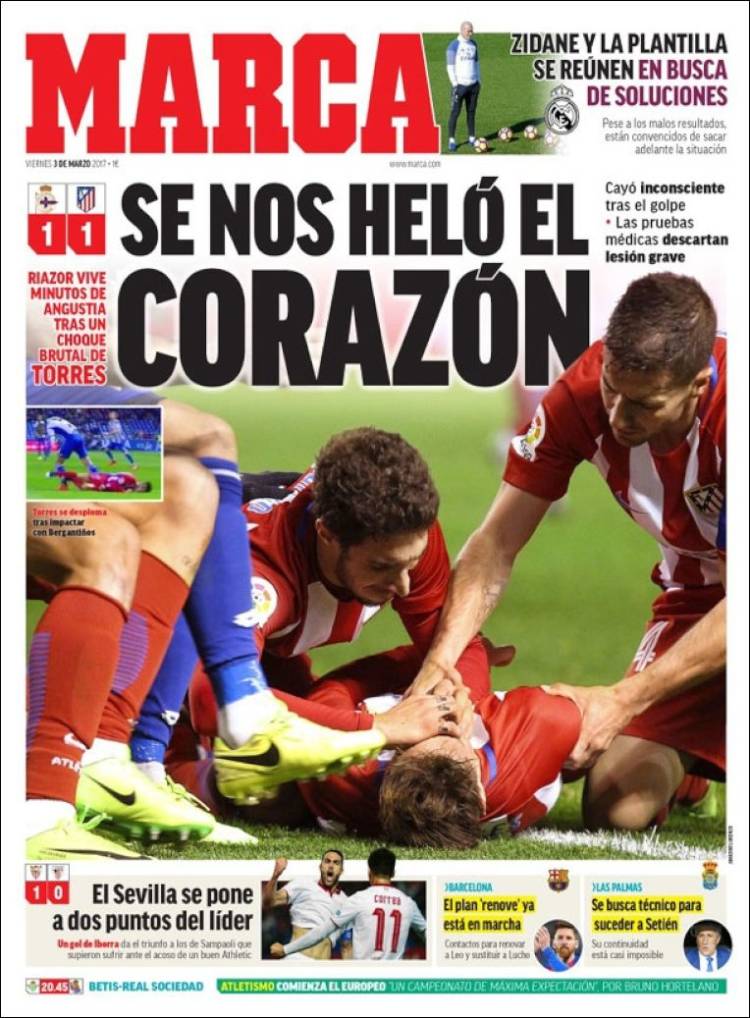 We had our heart

Zidane and squad gather in search of solutions - despite poor results, they're convinced they can move forward

Plan to renew Messi deal already on the way

Las Palmas search for a successor for Setien 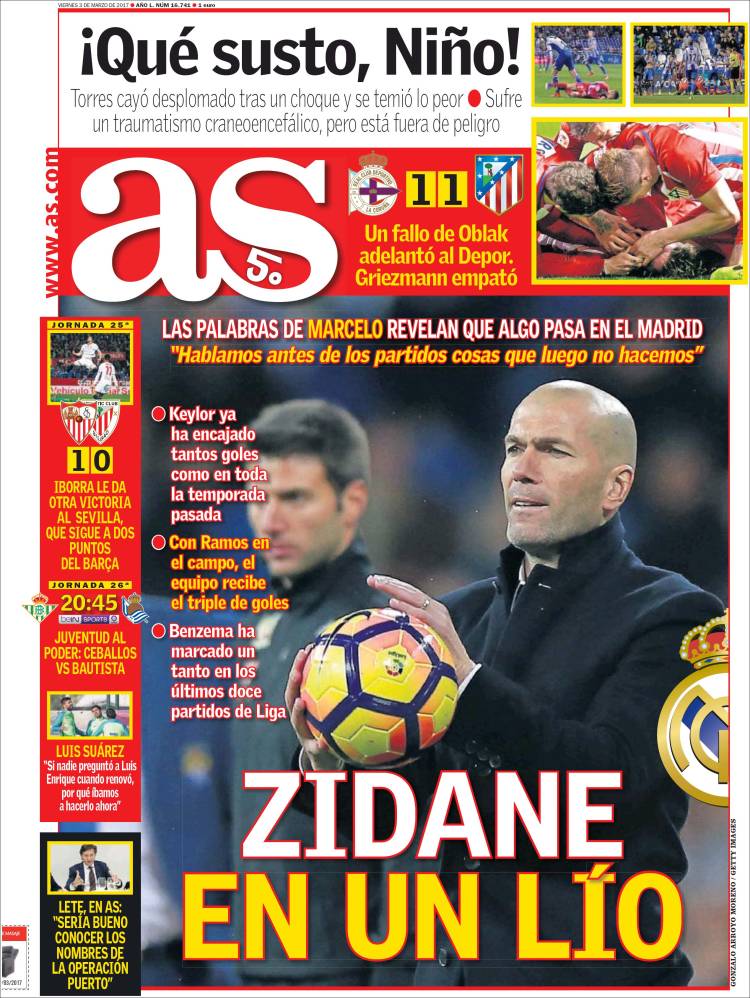 Zidane in a loop

Keylor's already conceded as many goals as in all of 2015/16, With Ramos, RM concede 3x as many goals, Benzema has one goal in last 12 La Liga games

What a fright, Nino! - Torres fell after a foul and we feared the worst, suffered traumatic head injury but is 'safe from danger'

Iborra secures another Sevilla win, within 2 points of Barca 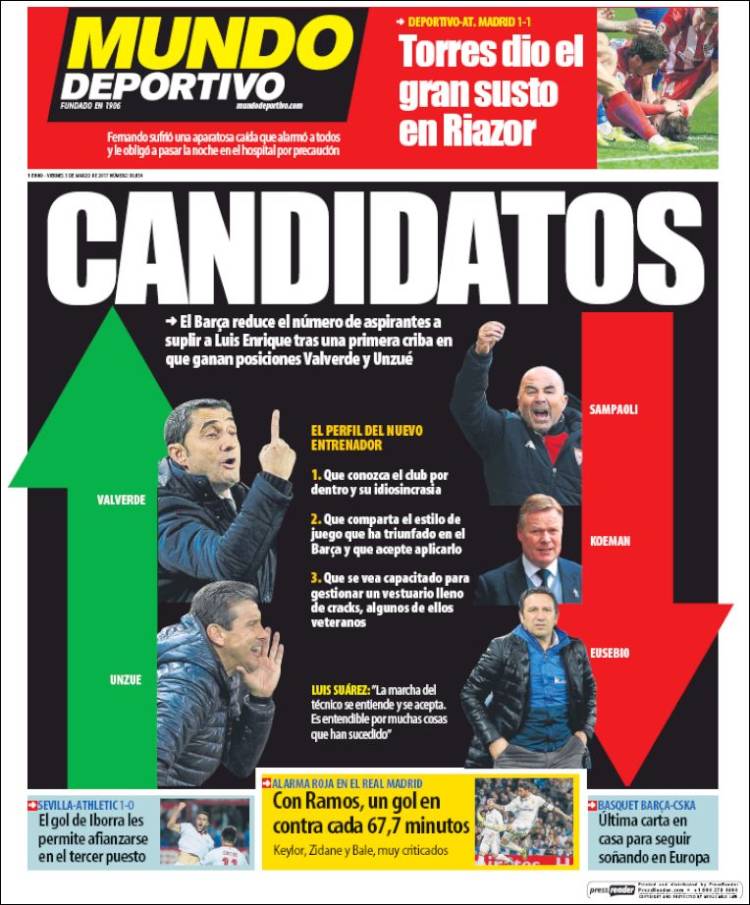 The profile of the new manager:

1) Must know the club and it's idiosyncracy, 2) Understands how Barca wants to play and wish to apply it, 3) Ability to manage a dressing room of great players and older players too

Iborra goal allows Sevilla to hold on to title race