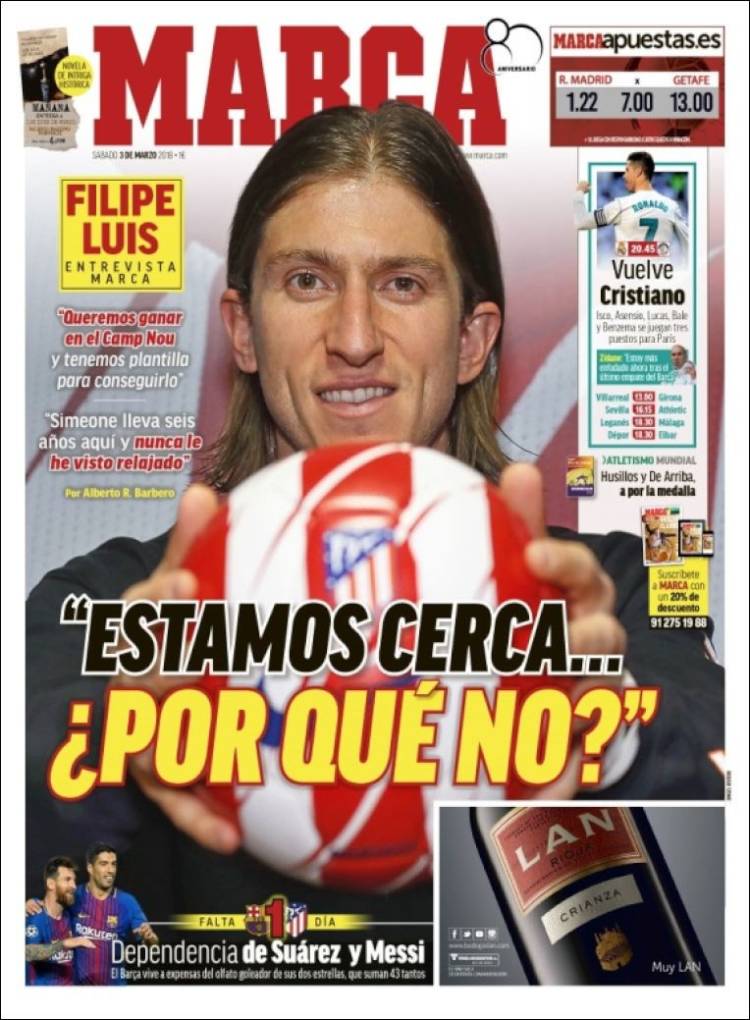 Reliance on Suarez and Messi

Barca live off the goals of their two stars, who have netted 43 times

Isco, Asensio, Lucas, Bale and Benzema will play for their places in Paris 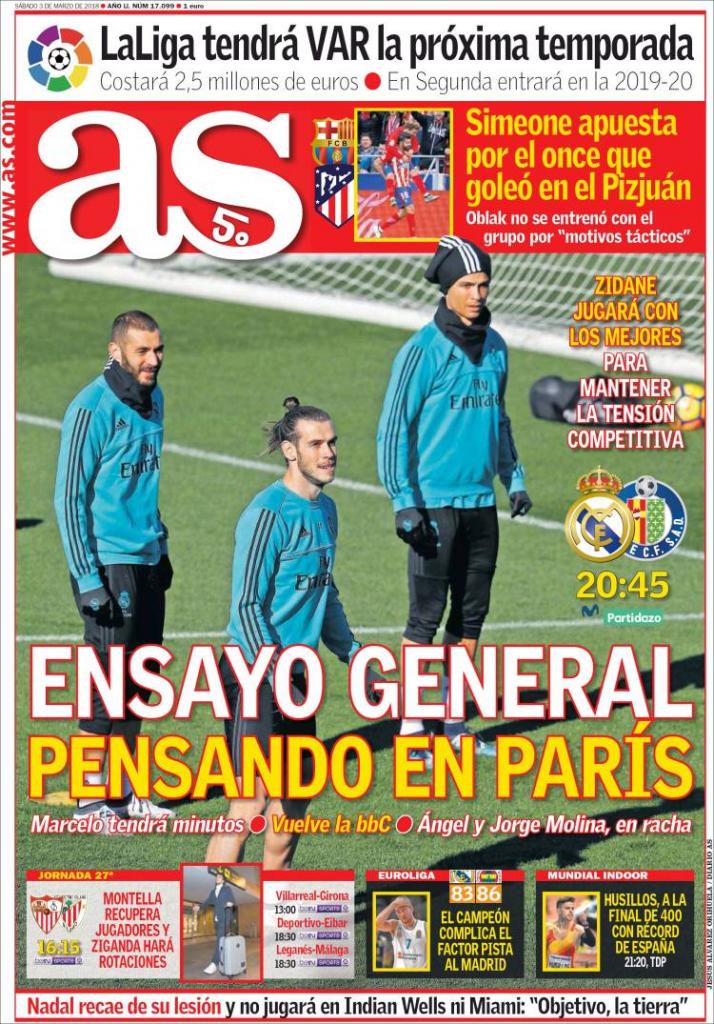 La Liga will have VAR next season

Simeone banks on the XI that scored plenty at the Pizjuan

Oblak does not train with the group on "tactical grounds"

Marcelo will get minutes

Angel and Jorge Molina, in form

Montella gets his players back, Ziganda to rotate 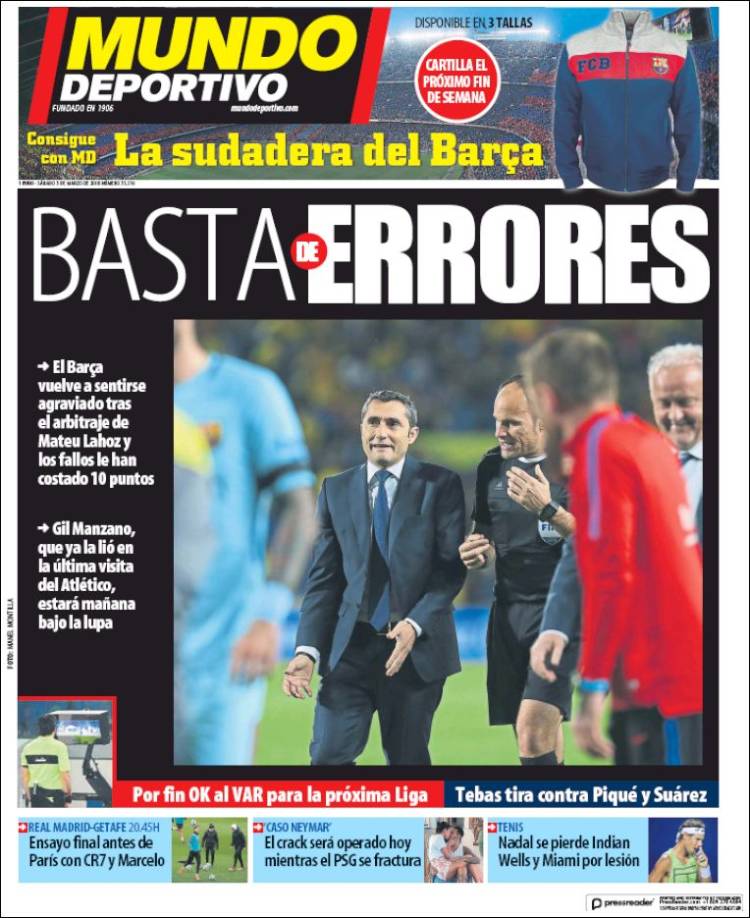 Gil Manzano, who messed up the last visit of Atletico, will be under scrutiny tomorrow

Finally the OK to VAR in La Liga next season

Tebas hits out at Pique and Suarez

Dress rehearsal for Paris with CR7 and Marcelo

The 'crack' will go under the knife today, while PSG fall apart