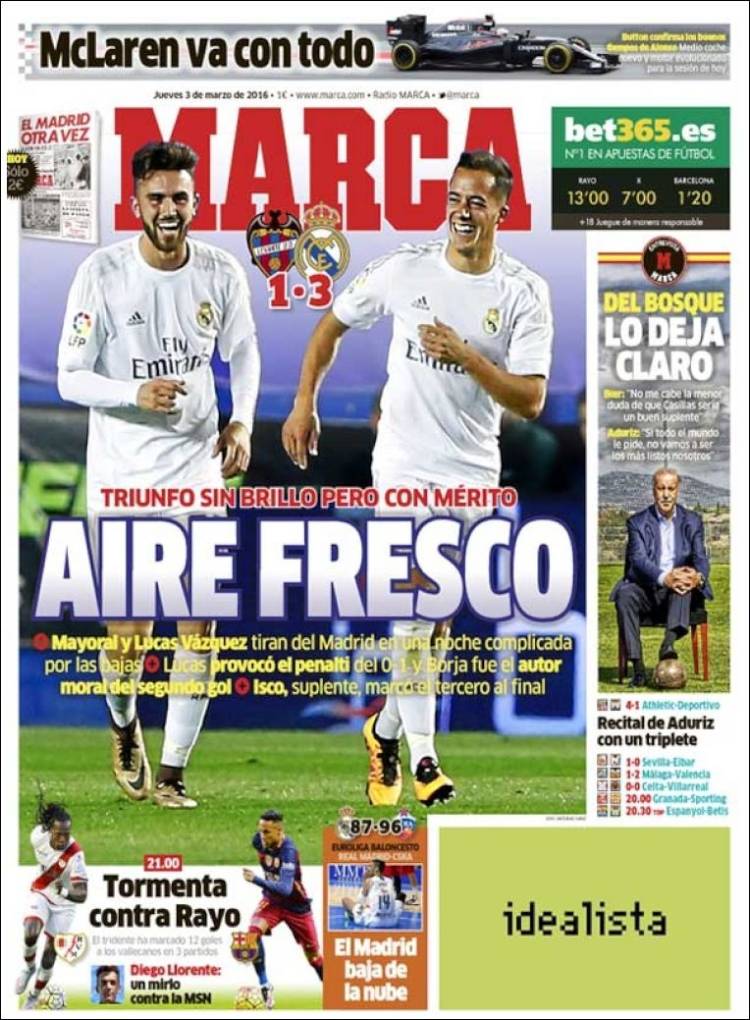 Dull win but a deserved one

Isco, a substitute, scored the third at the end

Del Bosque makes himself clear on Casillas and Aduriz

Aduriz recital with a hat-trick

Diego Llorente: a chick against the ‘MSN’ 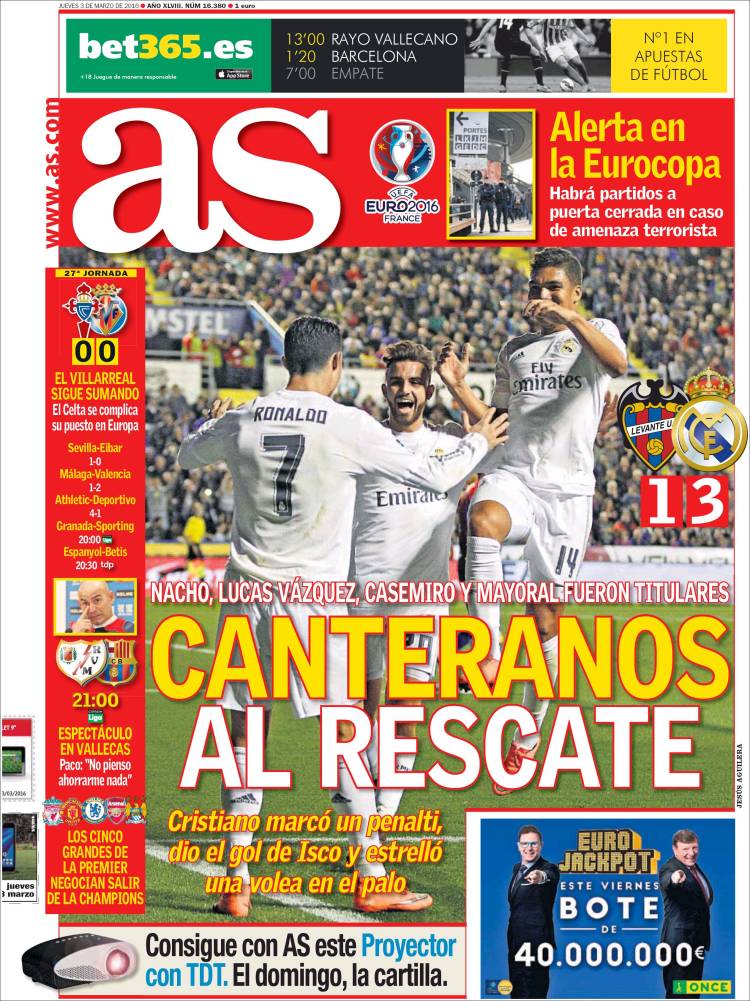 Cristiano scored a penalty, set up a goal for Isco and crashed a volley against the post

Celta complicate their place in Europe

Paco: “I won’t spare anything” 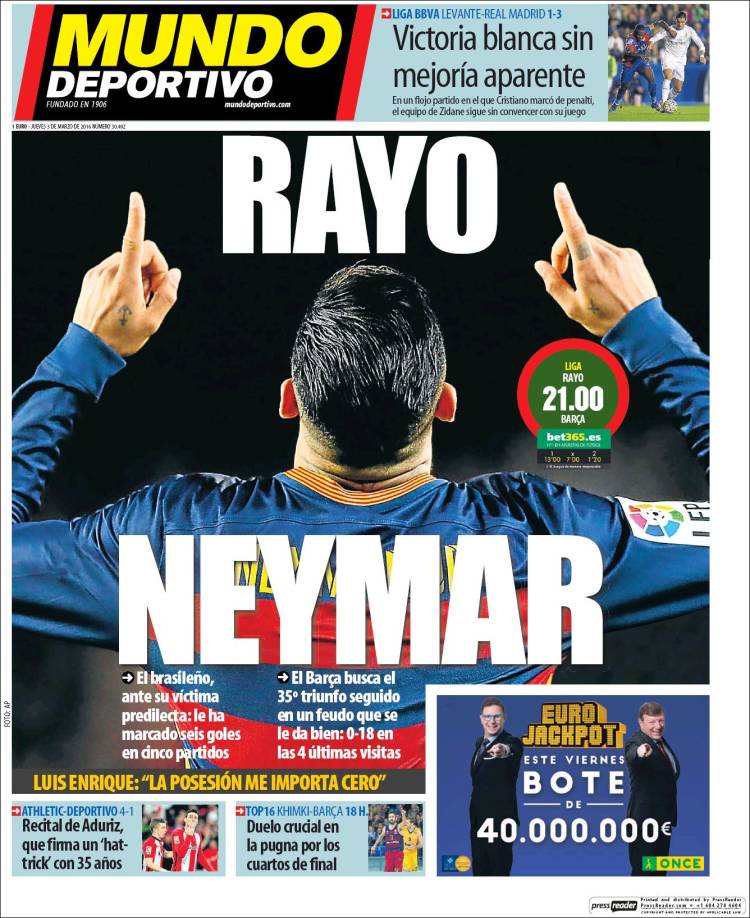 The Brazilian against his favourite victim: he has scored six goals in five previous meetings

Barca look to make it 35 games unbeaten and are in good shape to do so: 0-18 in their last four visits

Blancos victory with no apparent improvement

In a poor game, in which Cristiano scored a penalty, Zidane’s team still did not convince with their performance

Aduriz registers a hat-trick at 35