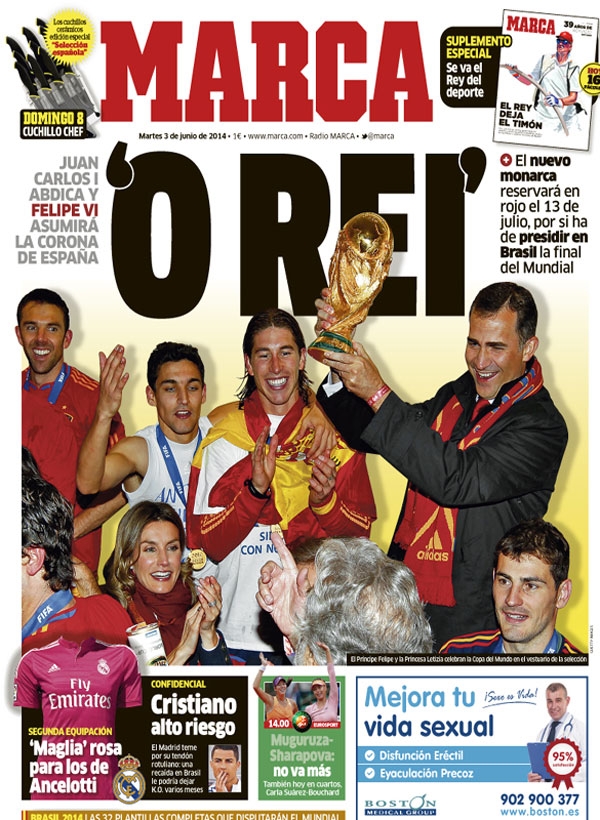 The new monarch has set aside the 13th July in red in case he has to go to Brazil for the final.

High risk for Cristiano: Madrid fear for his patellar tendon, a relapse in Brazil could leave him out for a long time. 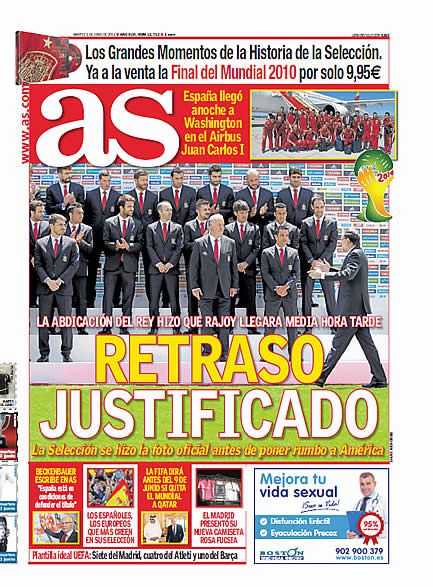 A justified delay: The King's abdication made Rajoy arrive half an hour late

The squad have their official photo before heading to America

Beckenbauer writes in AS: Spain is in great condition to defend the crown

Spaniards are the Europeans that believe in their team the most

Uefa's dream team: 7 from Madrid, four from Atleti and one from Barca 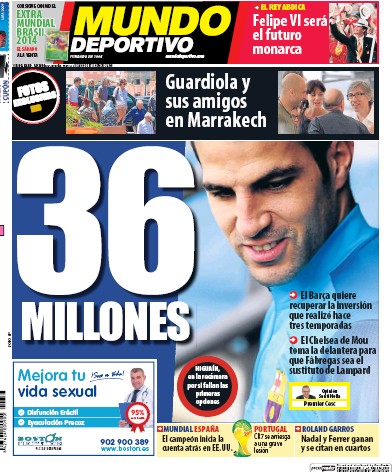 Barca want to recoup the investment they made 3 years ago

Guardiola and friends in Marrakesh.

World Cup: The Champions start their countdown in America

Higuain in the thoughts of Barca in case other options fall through.