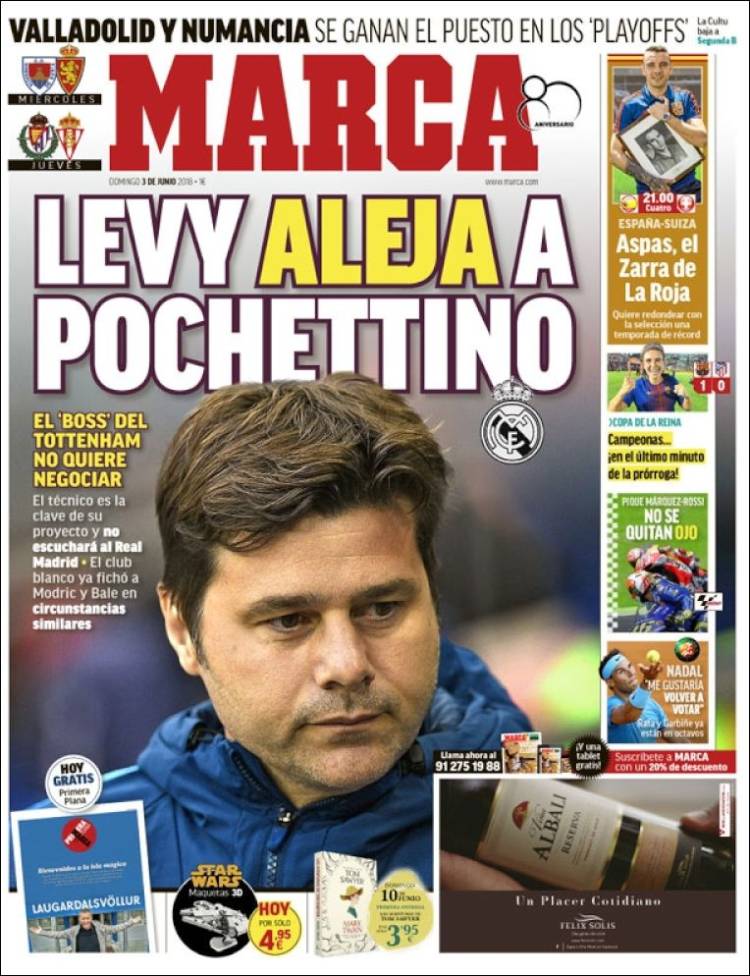 Aspas, the Zarra of La Roja

The Tottenham boss does not want to negotiate

Champions... in the last minute of stoppage time! 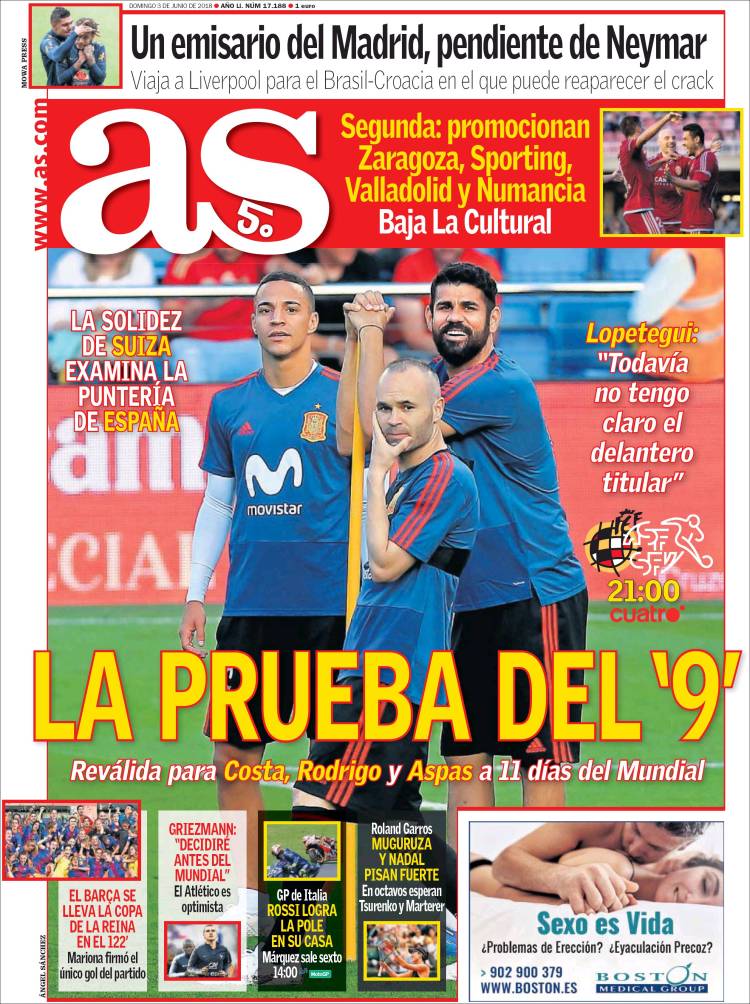 A Madrid emissary, thinking about Neymar

He travels to Liverpool for Brazil-Croatia, where he can make his comeback

Segunda: Zaragoza, Sporting, Valladolid and Numancia in the playoffs

Lopetegui: "I'm still not clear on who will be the starting striker"

Exam time for Costa, Rodrigo and Aspas, 11 days before the World Cup

Barca deliver the Women's Copa in the 122th minute 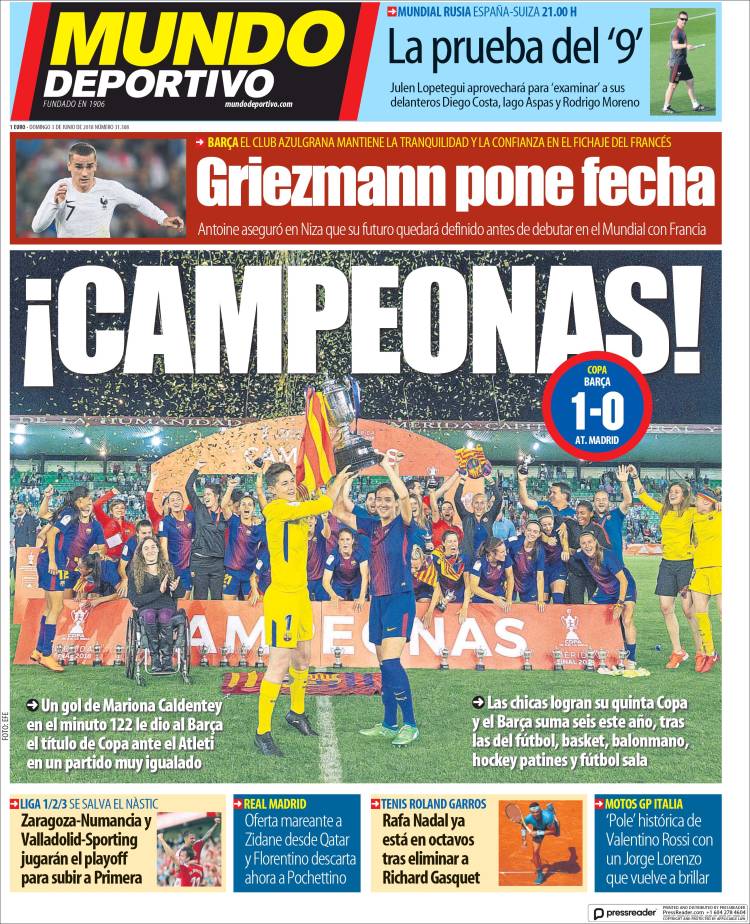 Barca remain calm and confident about signing the Frenchman

The ladies register their fifth Copa and Barca make it six this year after those in football, basketball, handball, hockey and futsal.