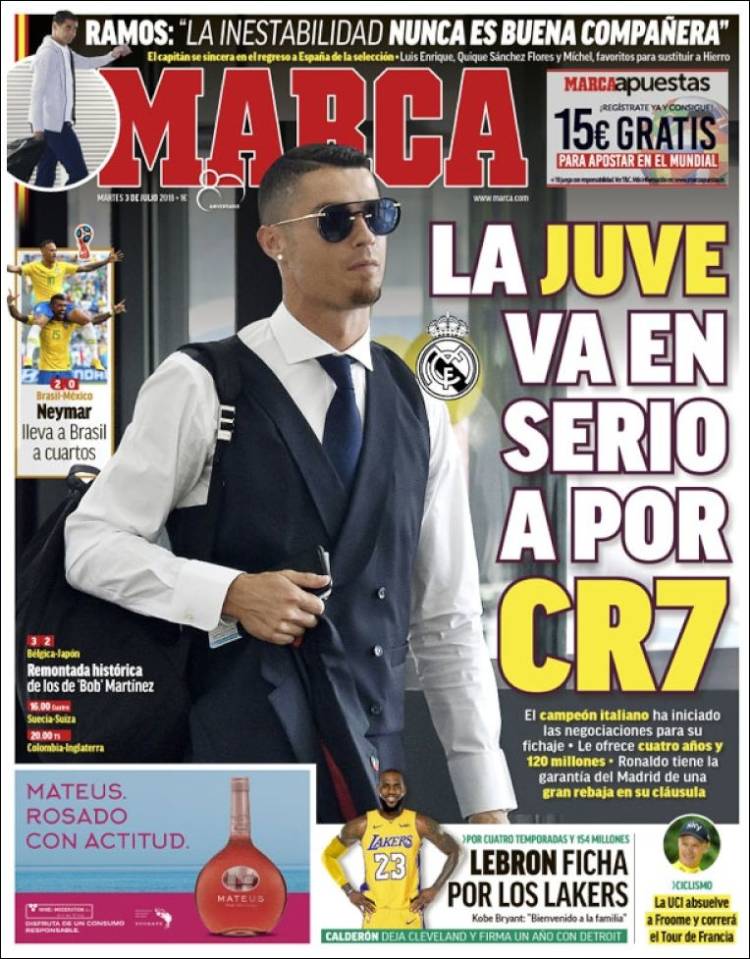 Neymar brings Brazil to the quarter-finals 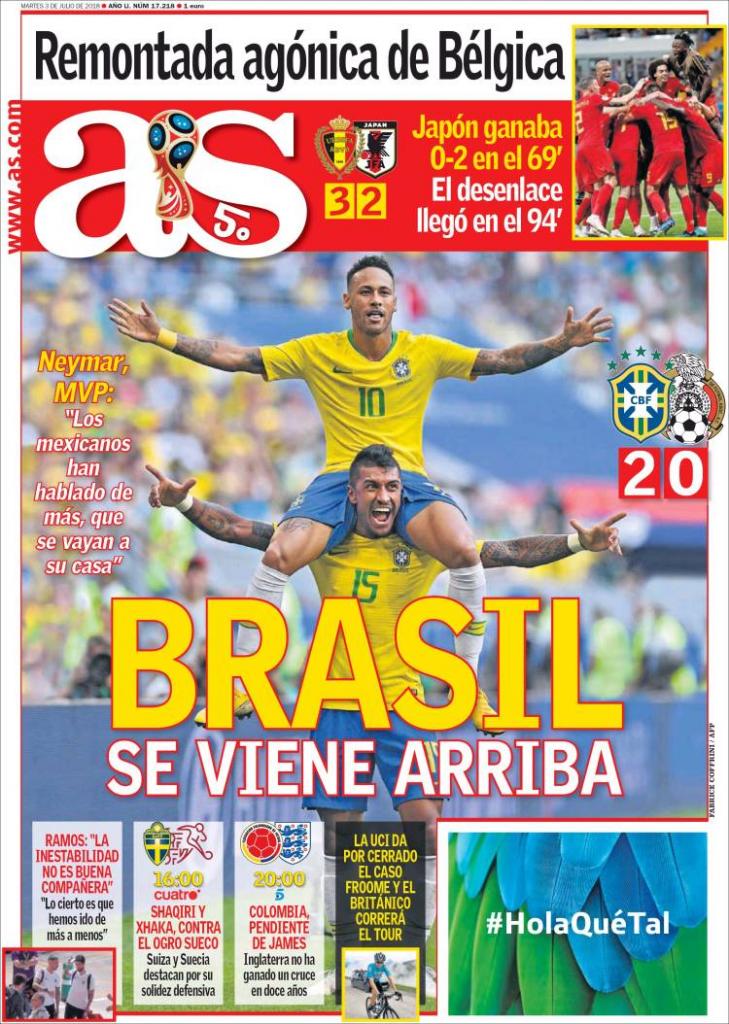 Neymar: "The Mexicans have spoken of more, let them go home"

Ramos: Instability is not a good companion - 'the truth is that we went from more to less'

Colombia, depend on James 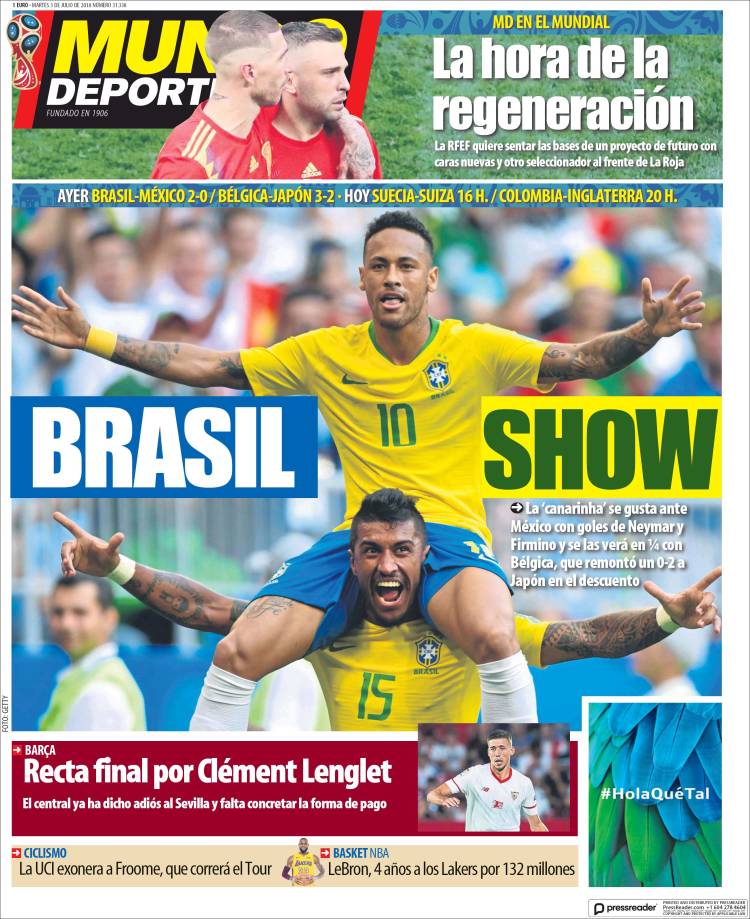 Into quarters through Neymar and Firmino goals, will play Belgium after their comeback against Japan

Final straight for Clement Lenglet - he has said goodbye to Sevilla