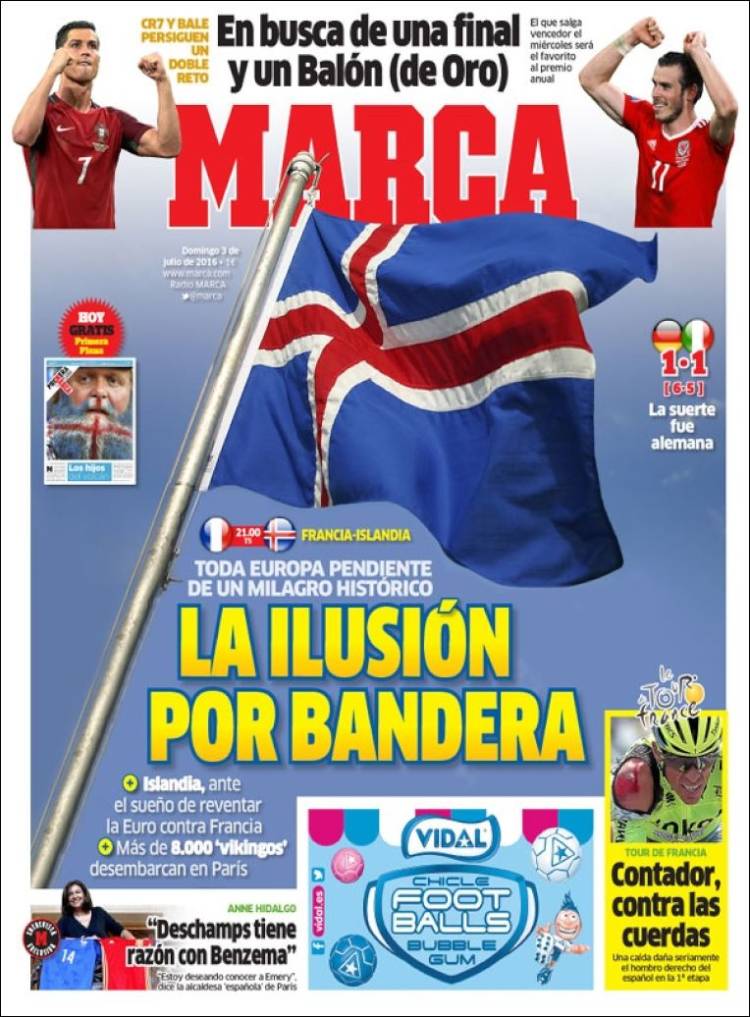 Enthusiasm for the flag

All of Europe are thinking about a historic miracle

Iceland, faced with the dream of blowing up the Euros against France

Luck was with the Germans

In search of a final and ball (of gold)

CR7 and Bale pursue a double-challenge

“Deschamps is right about Benzema” 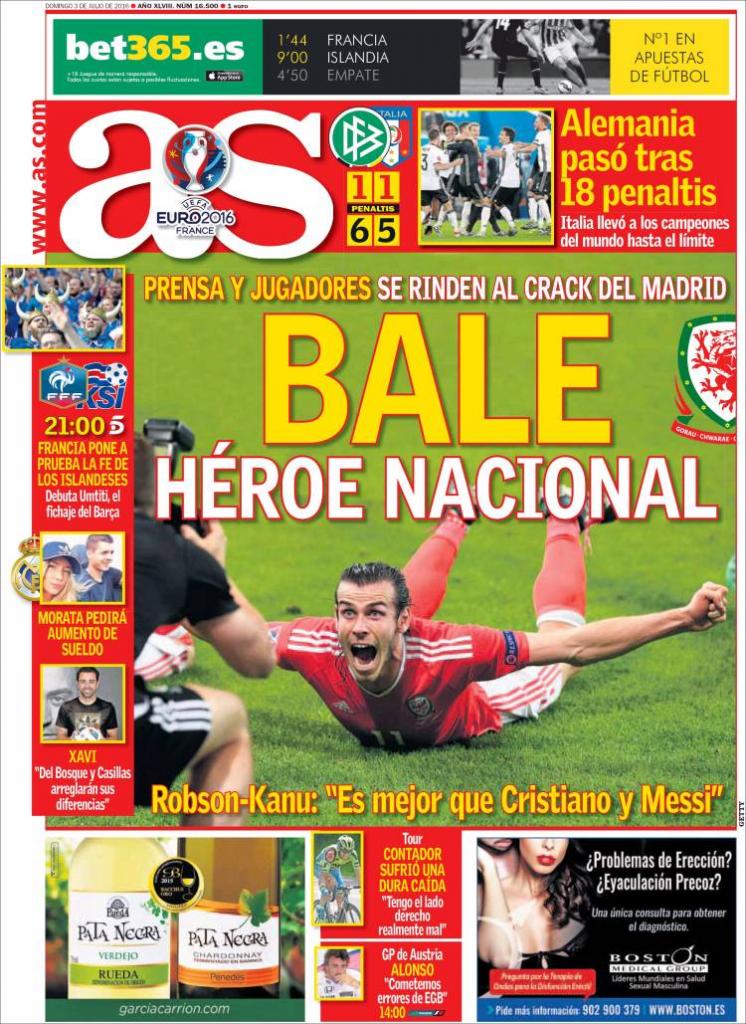 Press and players bow down to the Madrid star

Germany through after 18 penalties

Italy pushed the world champions to the limit

France puts the Icelanders’ faith to the test

Morata asks for a pay rise

Xavi: “Del Bosque and Casillas will settle their differences” 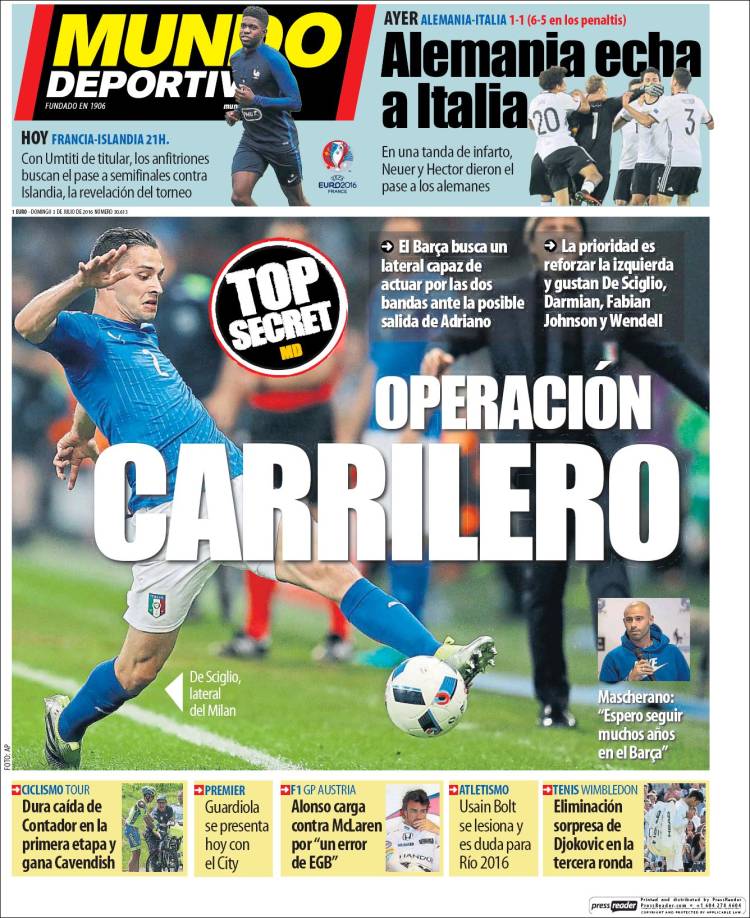 The priority is to strengthen the left side, and they like De Sciglio, Darmian, Fabian Johnson and Wendell

In a nerve-shredding shootout, Neuer and Hector sent Germany through

With Umtiti as a starter, the hosts look to progress in the semi-finals against Iceland, the revelations of the tournament

Mascherano: “I hope to continue at Barca many years”

Guardiola will be presented by City today