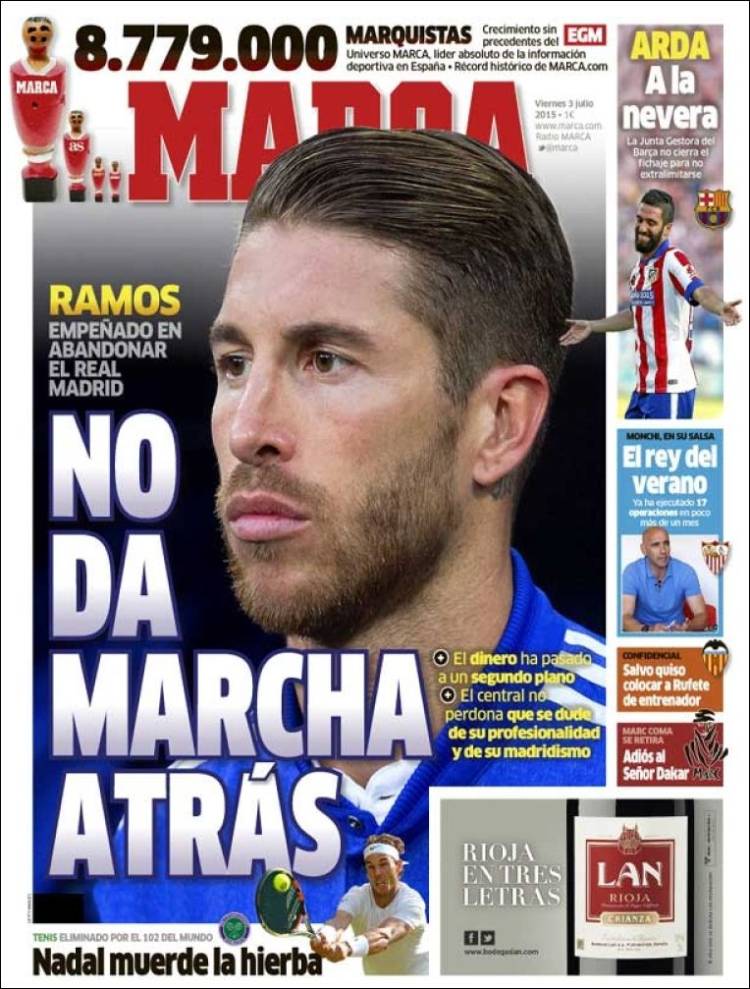 Money has gone into the background

Monchi, in his element

The King of Summer

He has already made 17 deals in little over a month 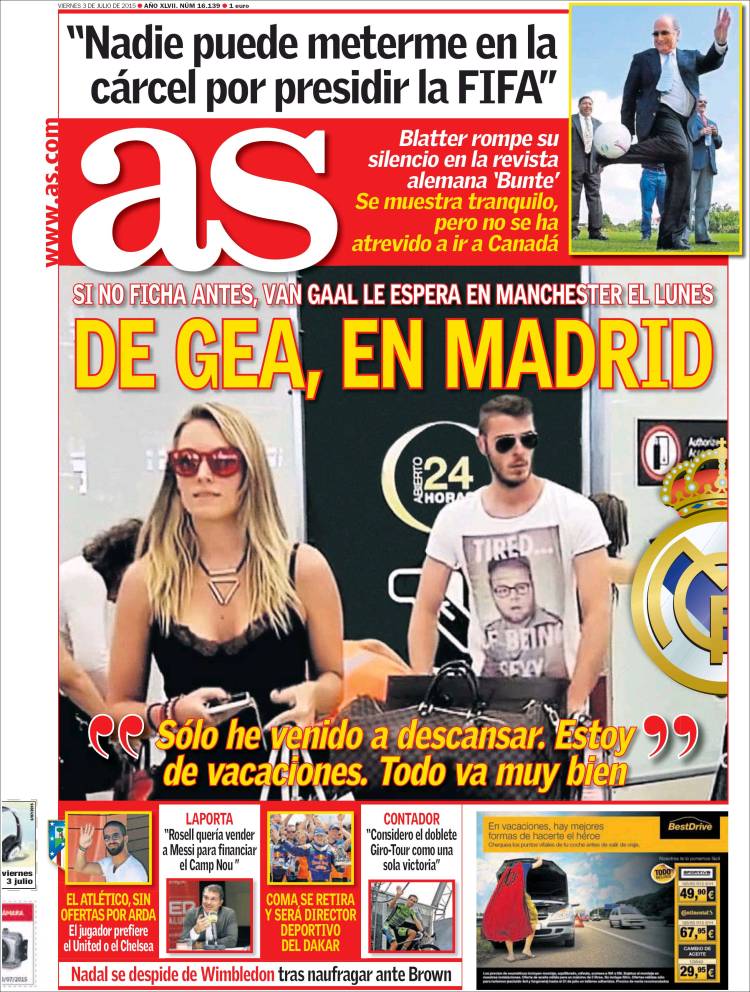 If there was no deal before, Van Gaal expects him in Manchester on Monday

“I just came to rest. I’m on holiday. Everything is going great”

Blatter broke his silence in the German magazine ‘Bunte’

“No-one can put me in prison for chairing FIFA”

Atletico, no bids for Arda

The player prefers United or Chelsea 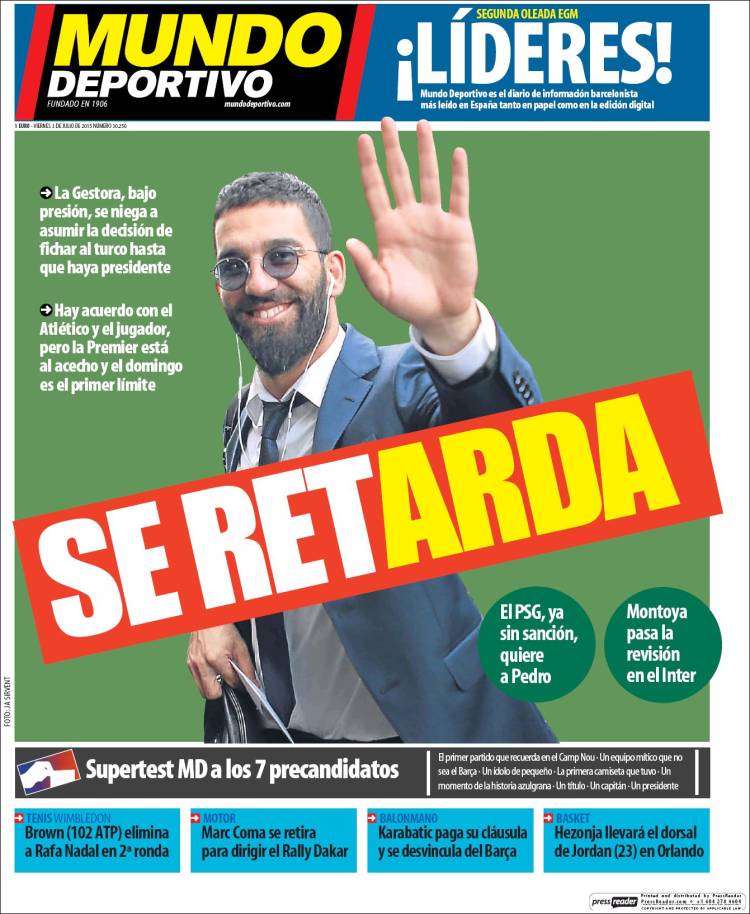 Under pressure, the executive board refuse to make a decision on signing the Turk until a President is elected

There is an agreement with Atletico and the player, but Premier League clubs are lurking and Sunday is the first deadline

Montoya passes a medical at Inter