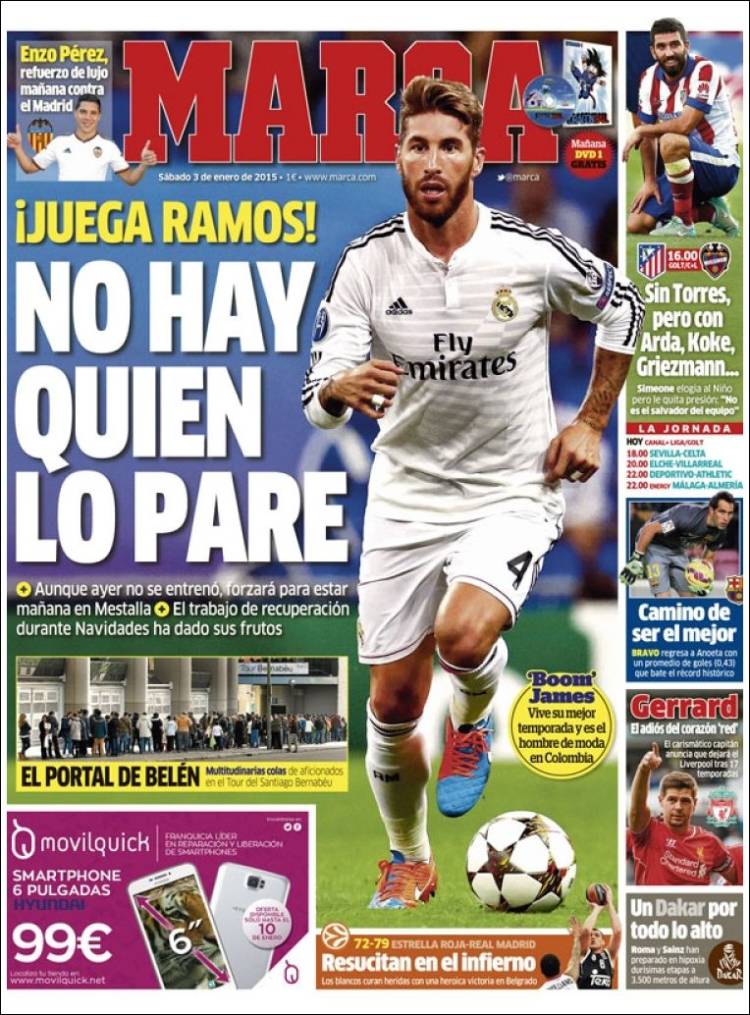 Nobody can stop him

Although he didn’t train yesterday, he will push to be at Mestalla tomorrow

His recovery work over Christmas has paid off

Massive queues of fans for the tour of the Santiago Bernabeu

‘Boom’ James: he is having his best season and is the man of the moment in Colombia

Without Torres, but with Arda, Koke, Griezmann...

Simeone praises El Nino but takes the pressure off: “He’s not the team’s saviour”

The road to be the best: Bravo returns to Anoeta with an average goals conceded [0.4] that beats the historic record

Gerrard: Goodbye from the Reds’ heartbeat: the charismatic captain announces he will leave Liverpool after 17 seasons

Ancelotti: “We have a fantastic squad, the best in the world”

Valencia debate over the guard of honour for Madrid

Torres will be in the stands

Dani Alves: “That Barca can’t sign anyone is not my problem; I’ve got six months left” 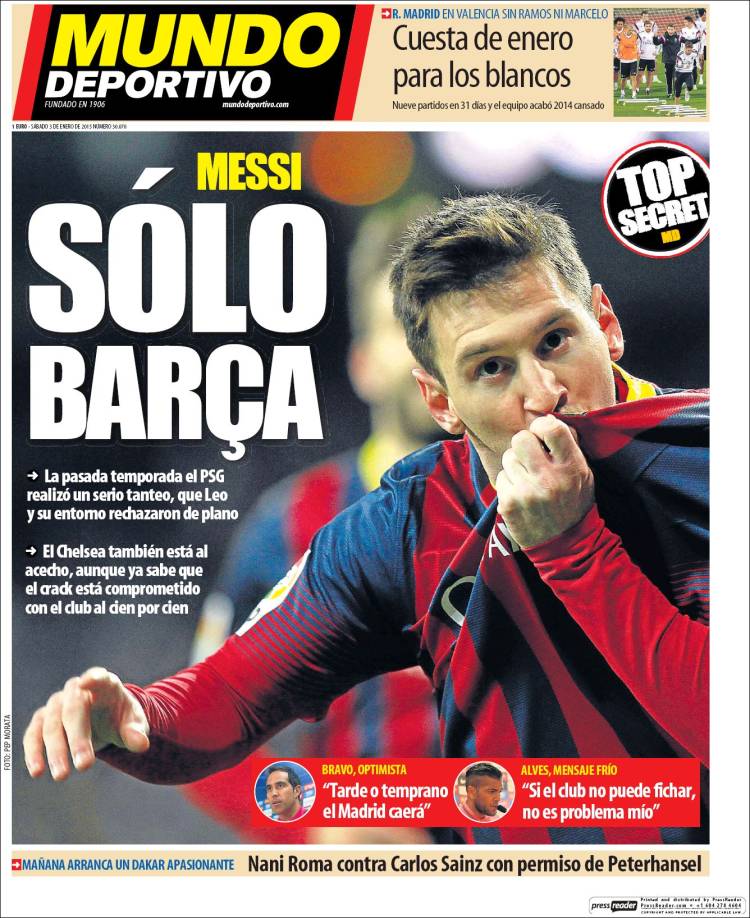 Last season PSG made a serious attempt for him, which Leo and his representatives categorically turned down

Chelsea are also lurking, although they know the star is committed to the club 100 per cent

Bravo optimistic: “Sooner or later Madrid will slip up”

Alves, an unwelcome message: “If the club can’t sign it’s not my problem”

Madrid in Valencia without Ramos and Marcelo

An uphill January for Los Blancos: nine games in 31 days and the team finished 2014 tired