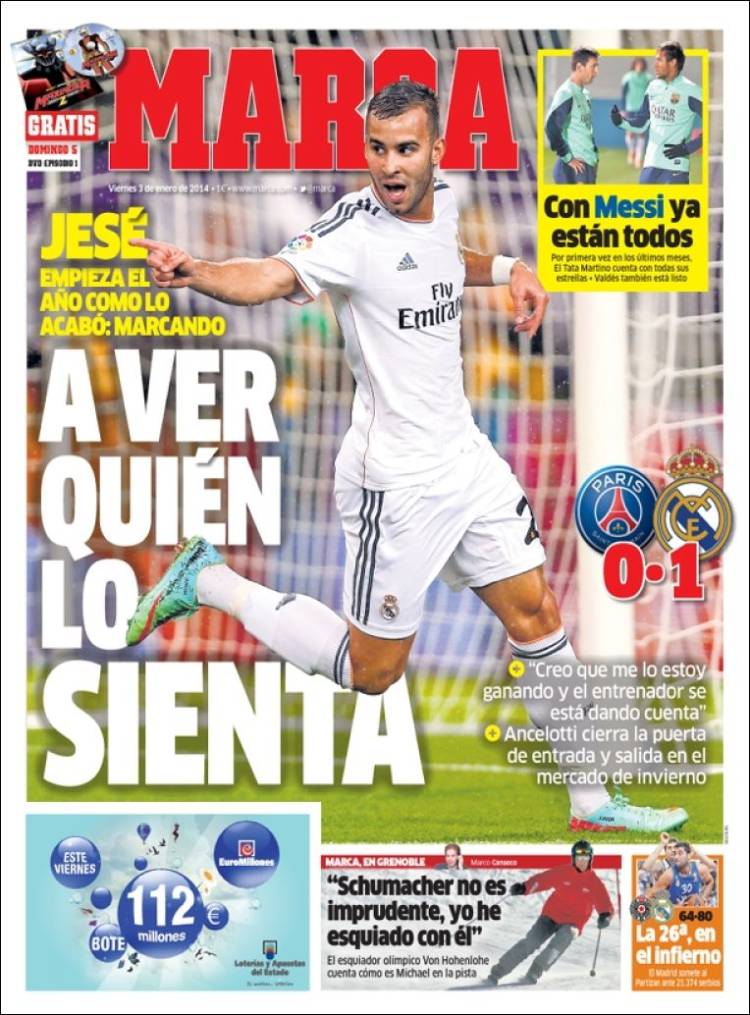 Look who it is

Jese starts the year like he finished it, scoring.

"I believe that my enthusiasm to play is being noted by the coach," Jese

Ancelotti closes the door for the January transfer window

Messi is again back with everyone

For the first time in the last few months, Tata Martinocan count on all his stars

"Schumacher is not reckless, I have skiied with him before," Von Hohenlohn says 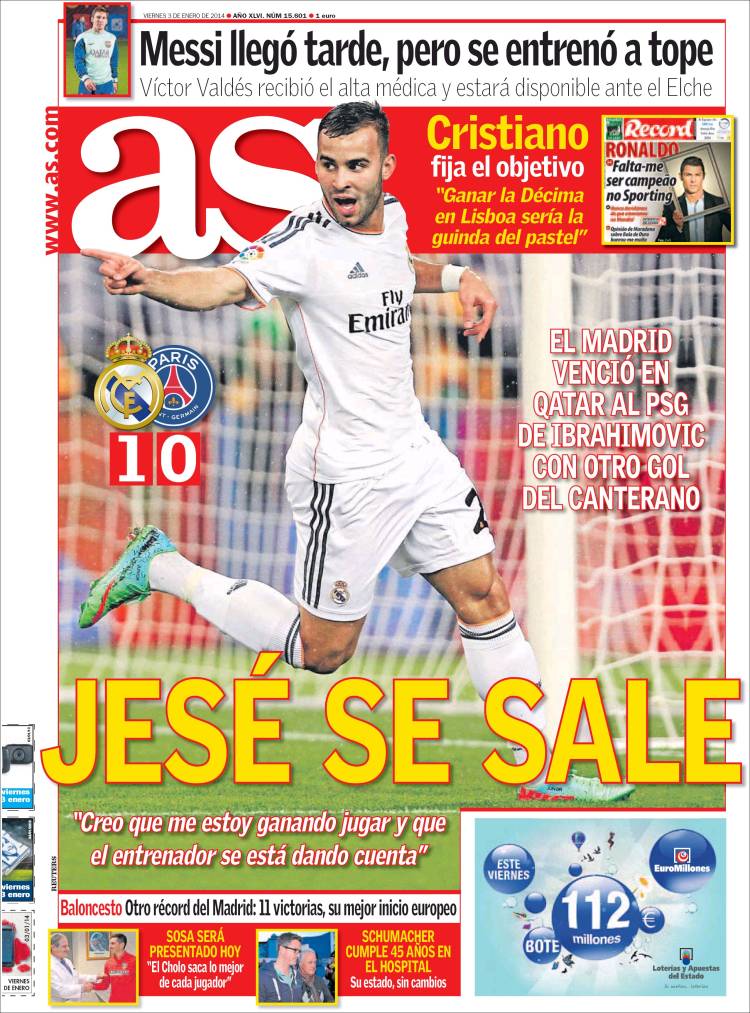 Basketball: Another record for Madrid: 11 wins, their best start to the European season ever

Cristiano fixed on the prize

Victor Valdes receives medical attention and could be ready for Elche 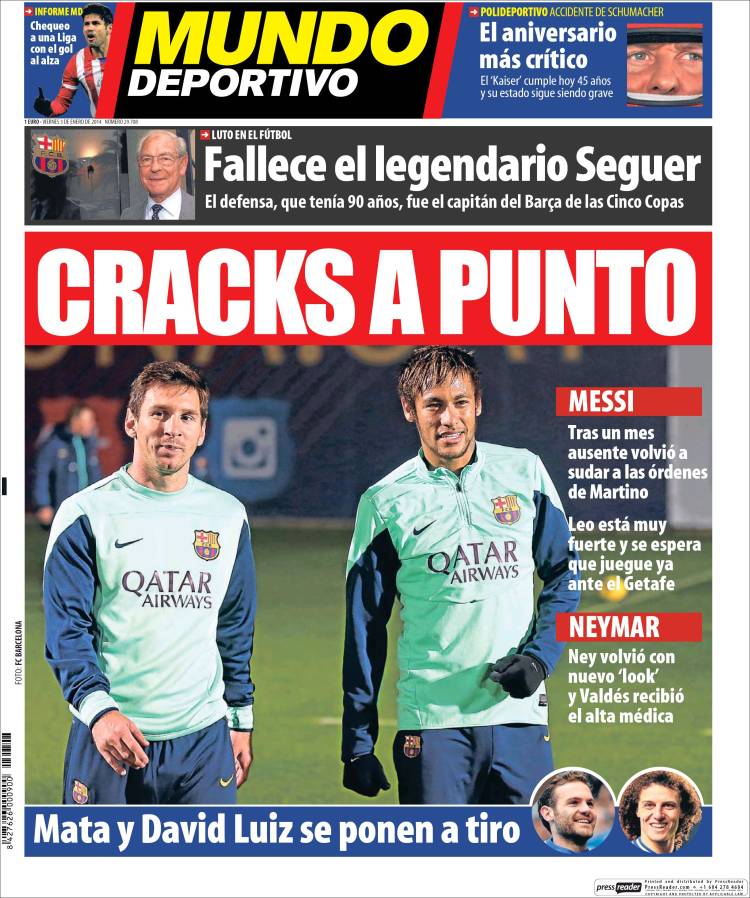 The stars are ready

Messi: After a month absent he returned to training

Leo is very strong and hopes to play against Getafe

Neymar: Ney returns wiht a new 'look' and Valdes is given medical approval

Mata and David Luiz the targets

The passing of the legendary Seguer

The defender, who had 90 years, was the captain of Barca

A most difficult birthday: Schumacher turns 45 today and continues to be in a critical state