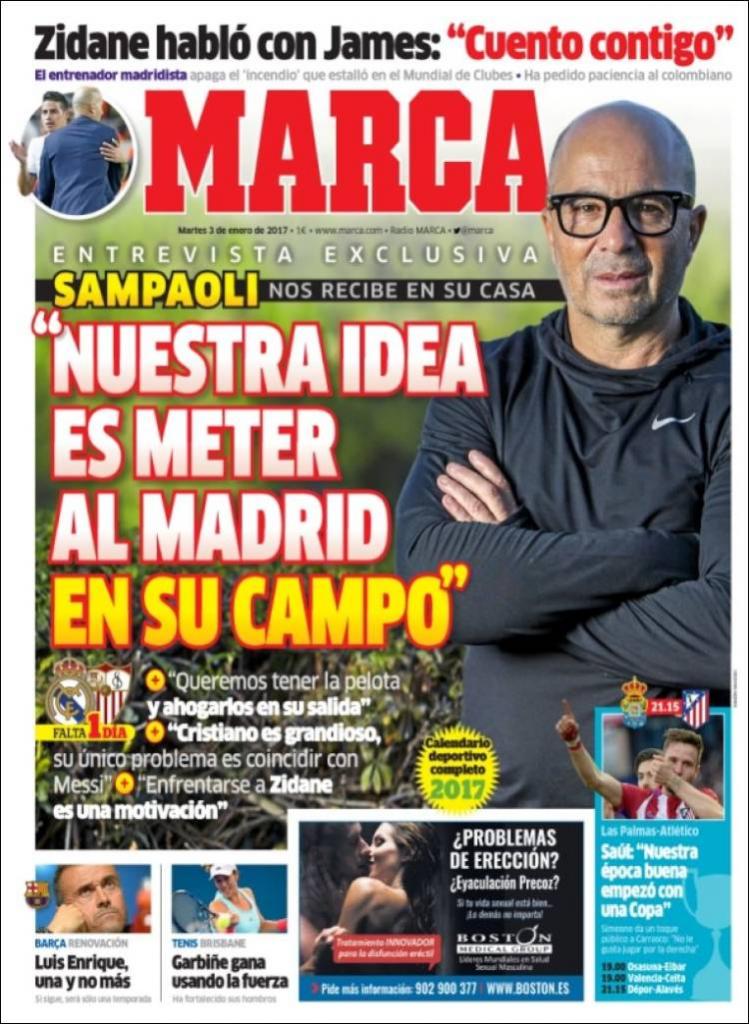 “Our idea is to play Madrid on their turf”

Sampaoli welcomes us into his home

“Cristiano is great, his only problem is coinciding with Messi”

“Facing Zidane is a motivation”

Zidane talks to James: “I count on you”

He asks the Colombian for patience

Luis Enrique, one and no more

Saul: “Our good times started with a Copa” 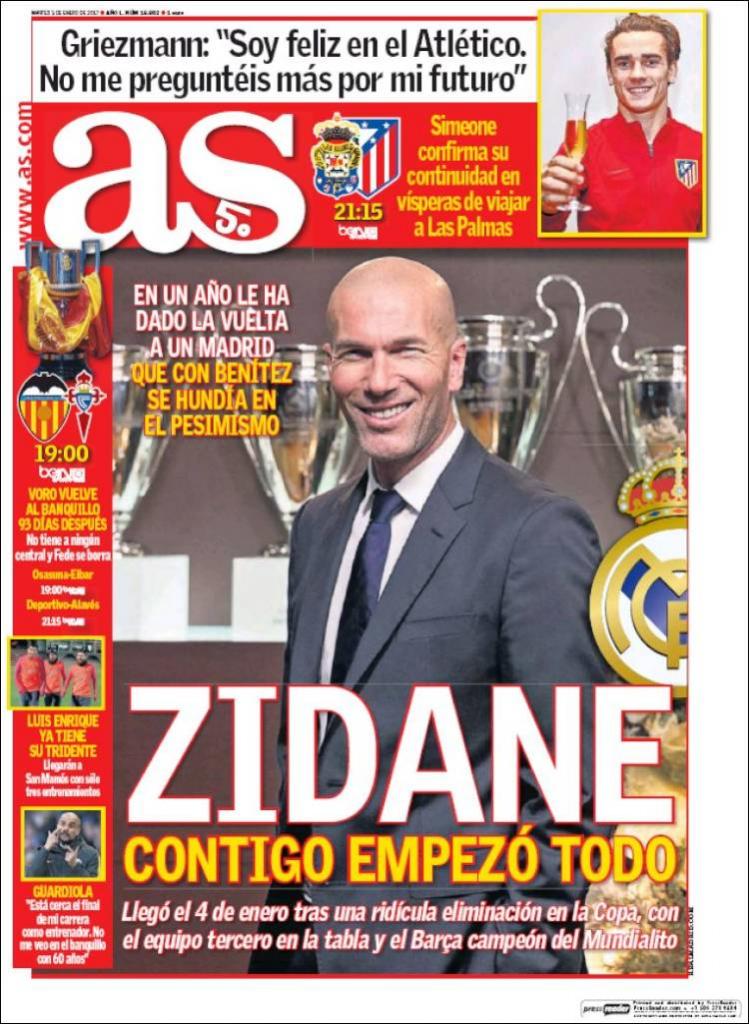 With you, everything started

In a year, he has turned around a Madrid side that with Benitez sank into pessimism

He arrived on January 4 after a ridiculous elimination from the Copa, with the team third in the table and Barca champions of the Club World Cup

Griezmann: “I’m happy at Atletico. Don’t ask me any more questions about my future”

Luis Enrique has his trident back

Guardiola: “I’m near the end of my career as a Coach. I don’t see myself in the dugout at 60” 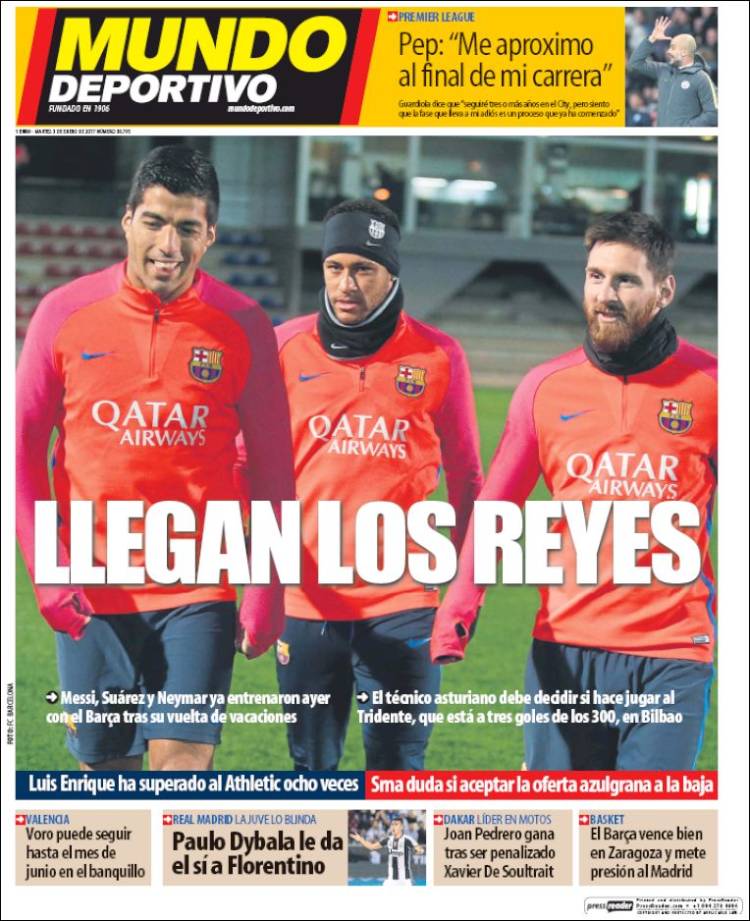 Messi, Suarez and Neymar trained with Barca yesterday after their returns from holiday

The Asturian Coach must now decide whether to play the trident, who are three goals from 300, in Bilbao

Pep: “I’m approaching the end of my career”

Voro can stay in the dugout until June