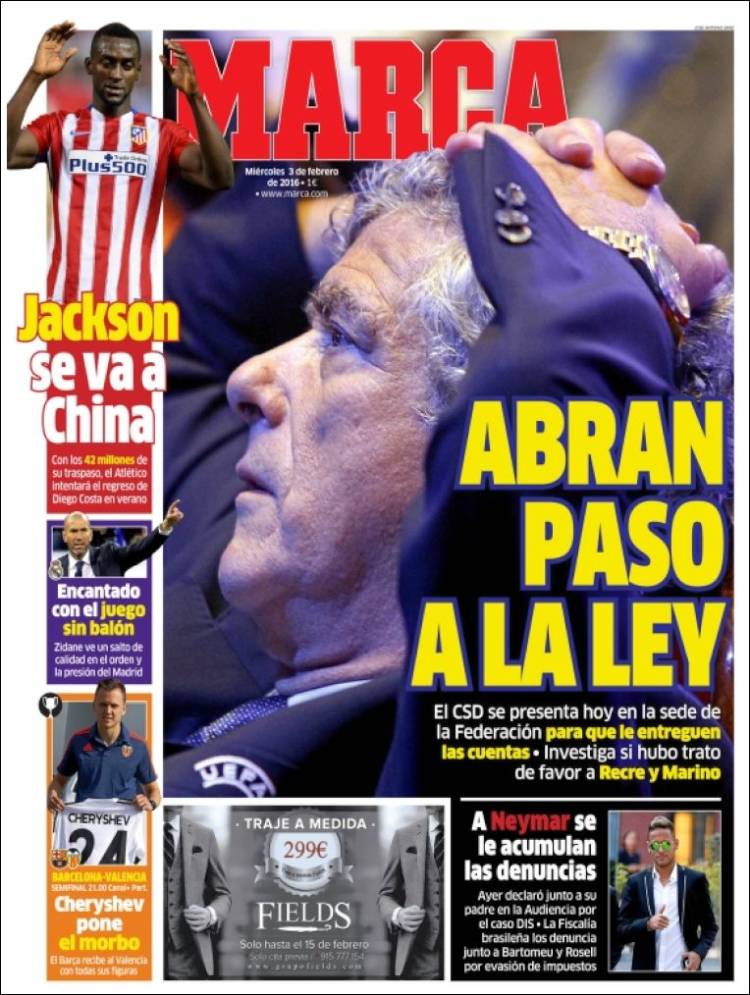 Make way for the law

Jackson is going to China

With the €42m of his transfer, Atletico will attempt the return of Diego Costa in the summer

Delighted with the play without the ball

Barca receives Valencia with everyone appearing 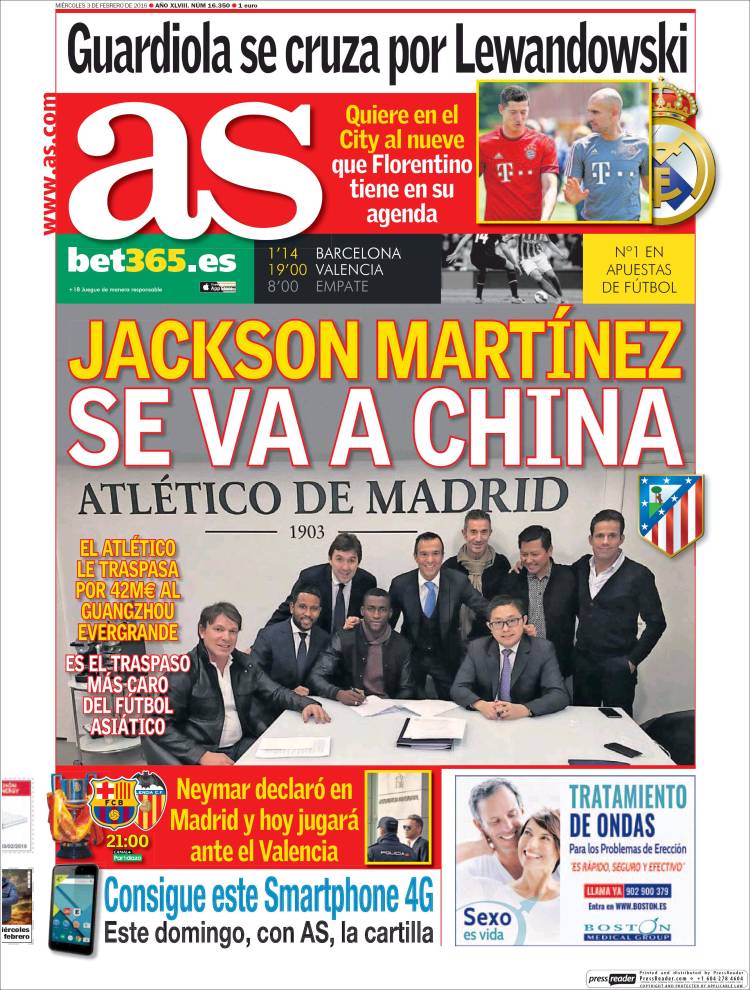 He wants at City the 9 Florentino has on his agenda

Jackson Martinez is going to China

Atletico transfers him for €42m to Guangzhou Evergrande

It is the most expensive transfer in Asian football

Neymar declared in Madrid and today plays against Valencia 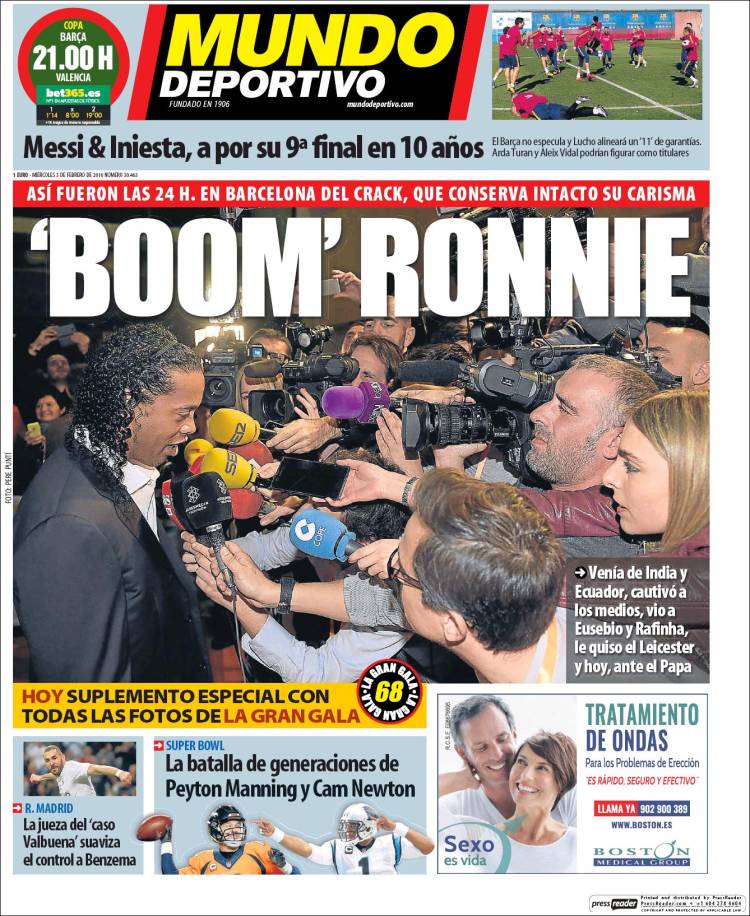 Messi and Iniesta, for their ninth final in 10 years

Arda Turan and Aleix Vidal could appear as starters

Thus were the 24 hours in Barcelona of the star, whose charisma is preserved intact

Coming from India and Ecuador, he captivated the media, saw Eusebio and Rafinha, he wanted Leicester and today, the Pope