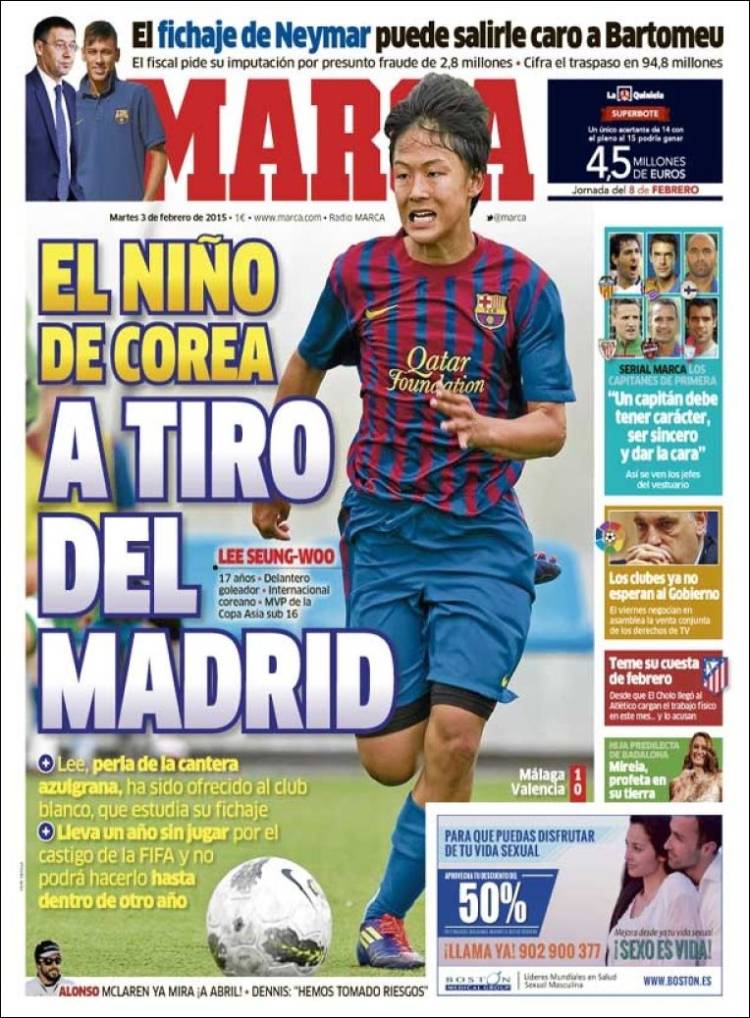 Lee, jewel of the Blaugrana youth system, has been offered to Los Blancos, who are studying his signing

The prosecutor asks for him to be charged for alleged fraud of €2.8m

The figure for the transfer is €94.8m

La Primera captains: “A captain must have character, honesty and be a leader”

This is how the dressing room leaders see things

The clubs will not now wait for the government: at a meeting on Friday they will negotiate the sale of TV rights

Fearing an uphill battle in February: since El Cholo arrived at Atletico they have carried out the physical work in this month...and they have picked up 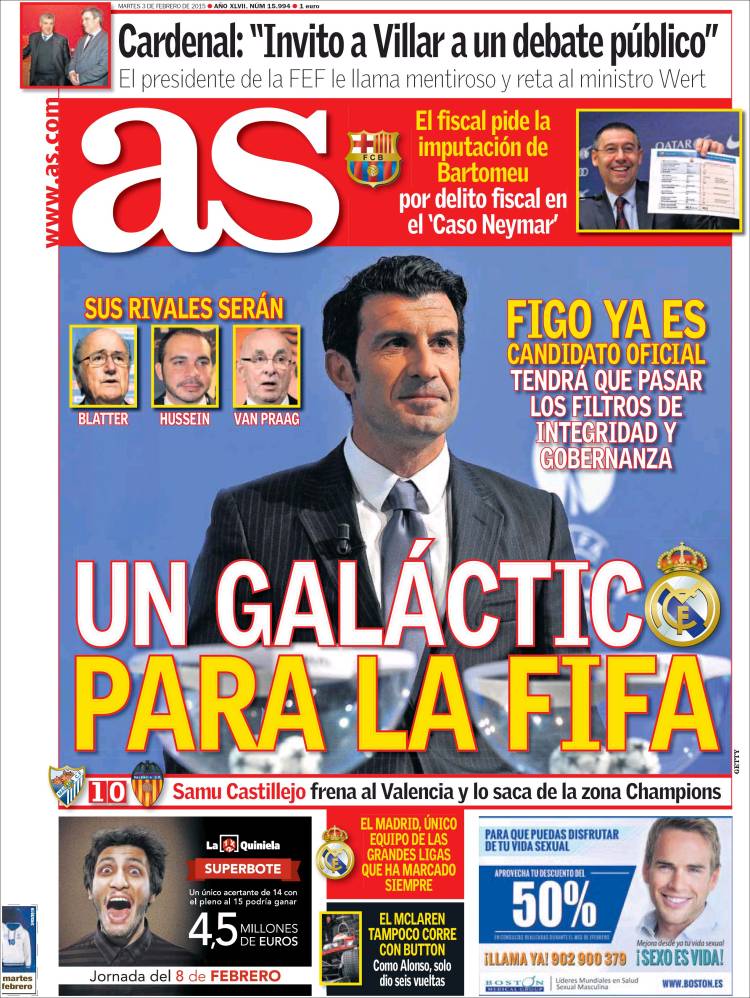 Figo is now an official candidate: he will need to pass the integrity and governance checks

His rivals will be Blatter, Hussein and Van Praag

Cardenal: “I invite Villar to a public debate”

The FEF President calls him a liar and challenges minister Wert

Madrid, the only team in the big European Leagues that has always scored 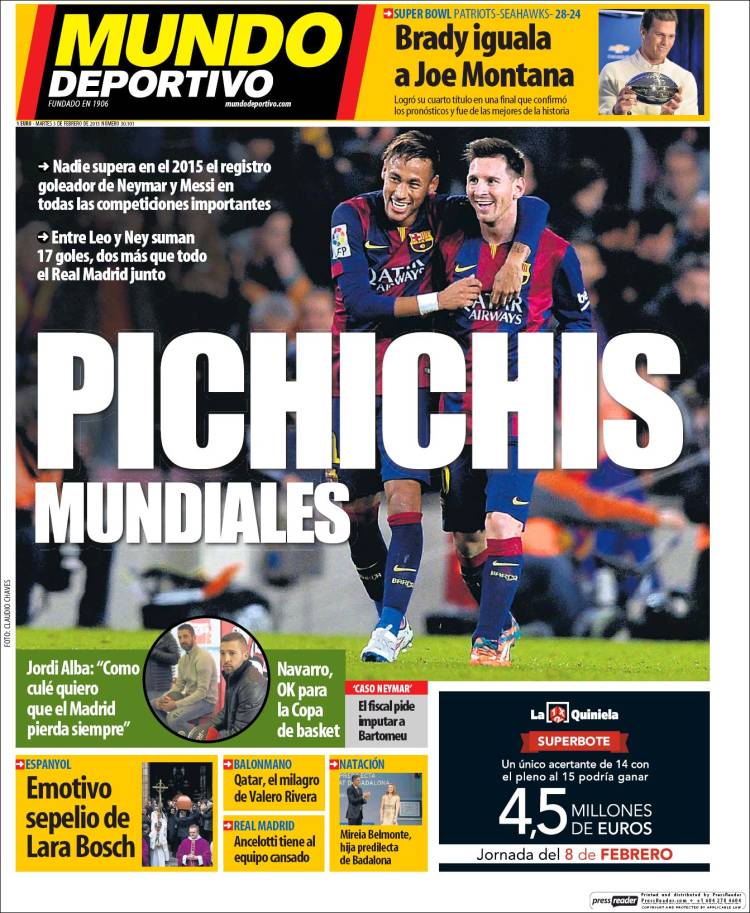 Between Leo and Ney they have scored 17 goals, two more than all the Real Madrid players put together

Jordi Alba: “As a Cule I always want Real Madrid to lose”

‘Neymar Case’: the prosecutor asks for Bartomeu to be charged