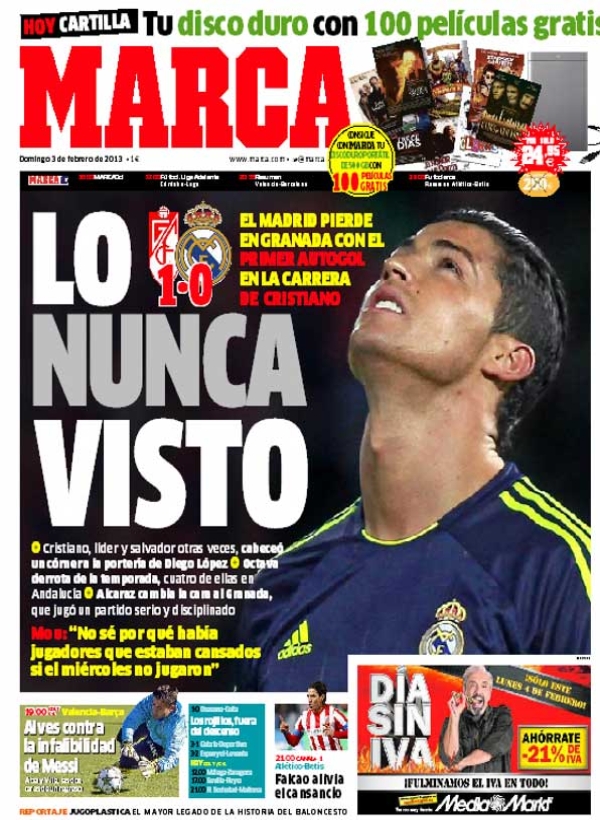 It's never seen Madrid lose in Granada with the first ever own goal in Cristiano's career Cristiano, leader and saviour other times, headed a corner into the goal of Diego Lopez The eighth defeat of the season, four in Andalucia Alcaraz changes the face of Granada as his team put on a serious and disciplined display Mou: " I dont know why some players had been tired when they did not play on Wednsuesday" Valencia v Barca: Alves against the infallible Messi Falcao relieves the fatigue Report: Plastic substance the best legacy from the history of basketball 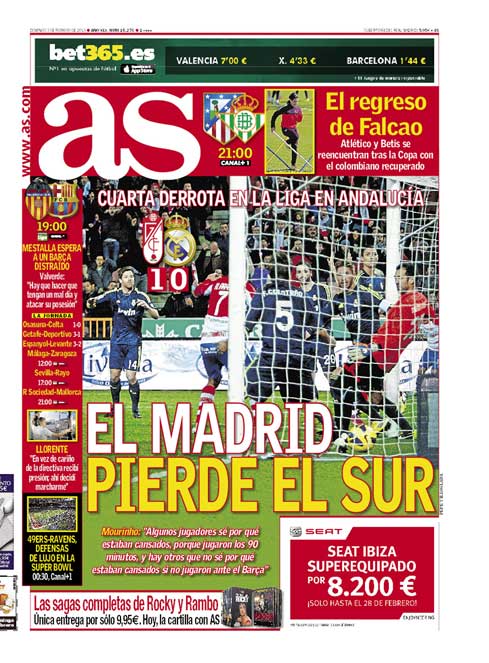 Madrid lose in the south
Fourth loss in La Liga in Andalucia
Mourinho: "Some of the players were tired because they played 90 minutes but others where tired and I dont know why because they did not played against Barcelona"
The return of Falcao: Atletico and Betis meet again after their Copa bout and the Columbian has recovered
Valencia v Barcelona: Mestalla wait for a distracted Barca
Llorente: "Instead of support from the board, I received pressure and so I decided to leave"
49ERS - Ravens, defenses of luxury in the Super Bowl 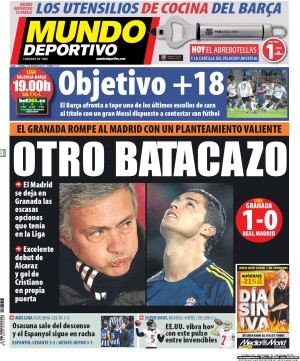 Another thump
Granada beat Madrid with a brave performance
Madrid leave Granada with even less chances than they had in La Liga
Excellent debut for Alcaraz and an own goal from Cristiano
Objective +18: Barca confront one of their last major obstacles for the title with an in-form Messi who is keen to respond to critics on the field
Osasuna 1-0 Celta: Osasuna halt their decline and Espanyol continue their streak
USA vibrates with the clash of invincibles