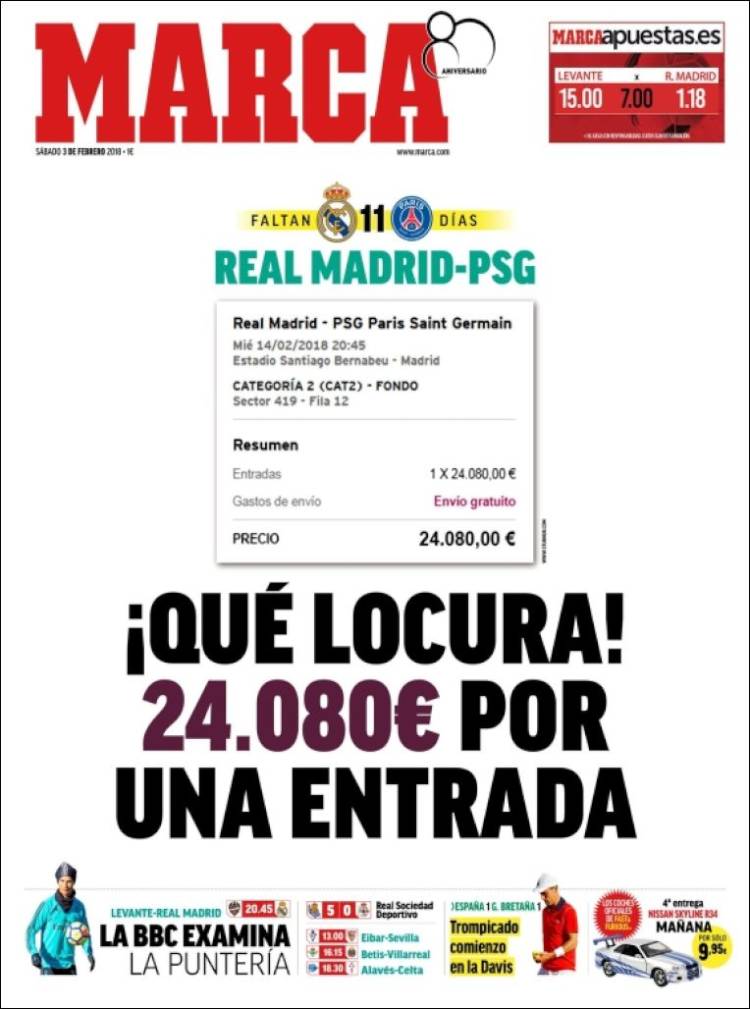 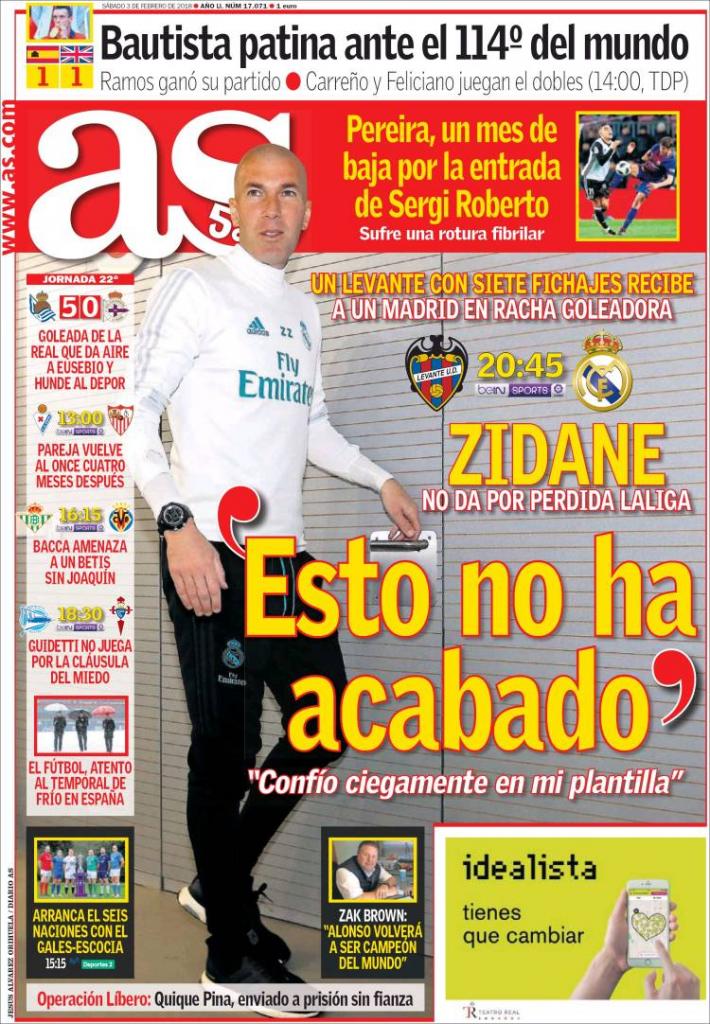 Pereira, out for a month after Sergi Roberto's tackle

He tore his hamstring

A Levante side with seven new faces

Against a Madrid side on a goalscoring run

Zidane does not give up La Liga

"I have blind faith in my players"

Bacca threat at Betis, who are without Joaquin

Guidetti does not play due to 'the clause of fear'

Football, attentive to the temperature, cold in Spain 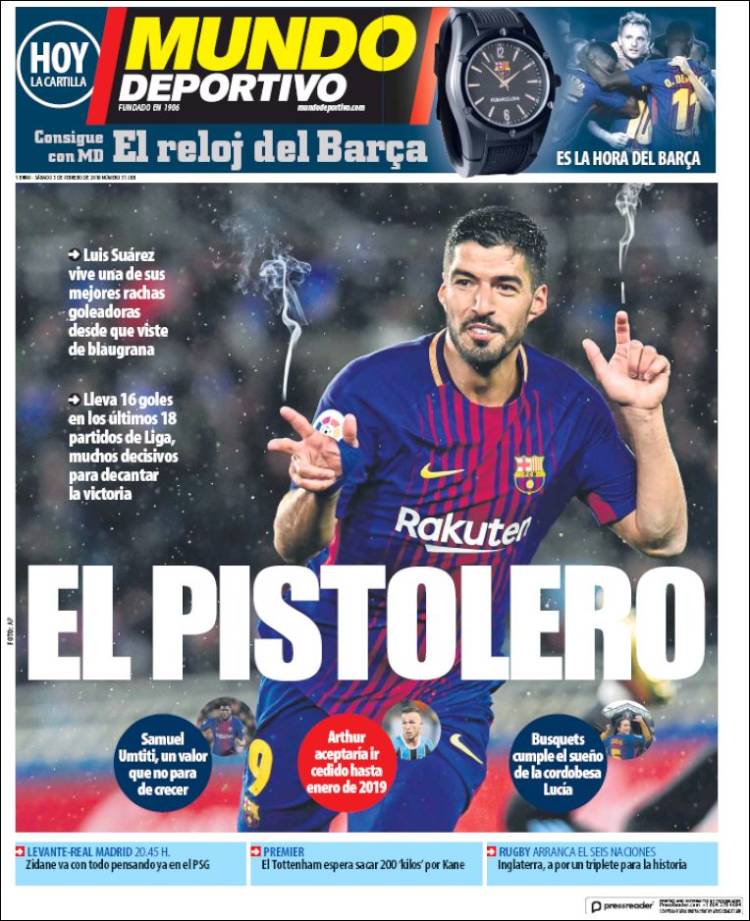 Samuel Umtiti, an asset that does not stop growing

Arthur accepts going out on loan until January 2019

Zidane goes with everything, already thinking about PSG