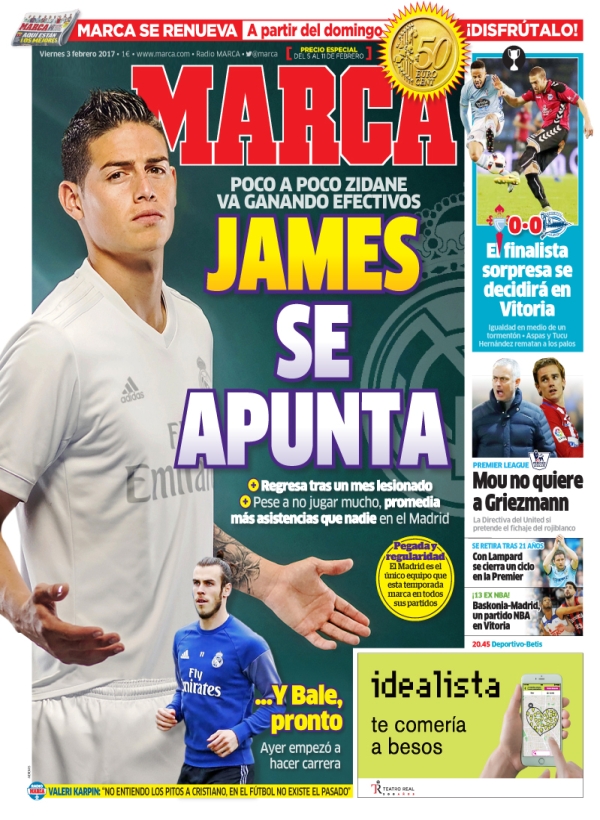 James is up for it

He is back after a month injured

Despite not playing much, he averages more assists than anyone at Madrid

0-0 - the surprise finalist will be decided in Vitoria

Valeri Karpin: 'I don't understand the whistles for Cristiano, in football the past doesn't exist.' 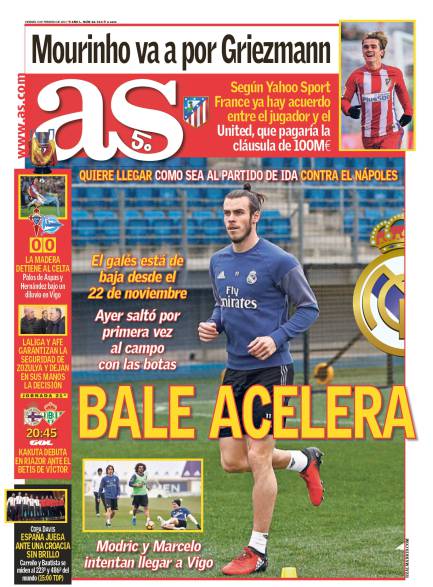 The Welshman has been out since 22 November

Yesterday, he was on the pitch in boots for the first time

He wants to make it for the first leg against Napoli

Modric and Marcelo try to get to Vigo

According to Yahoo Sport France, there is already a deal between the player and United, who will pay the 100m euro release clause 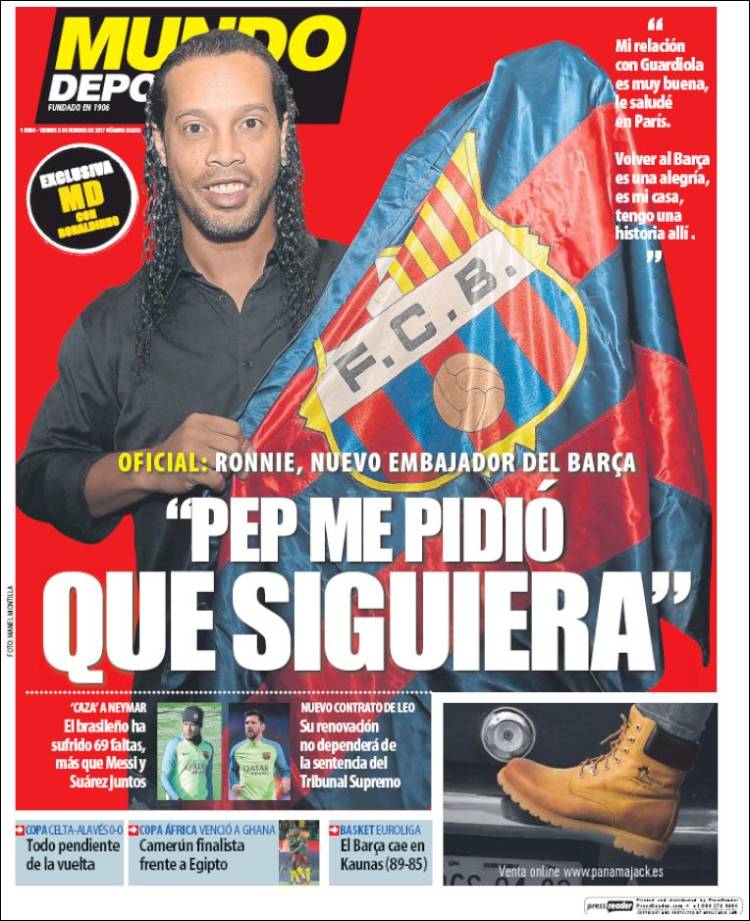 'Pep asked me to continue'

'My relationship with Guardiola is very good, I said hello to him in Paris'

'Returning to Barca is a source of happiness, it is my home, I have a history there'