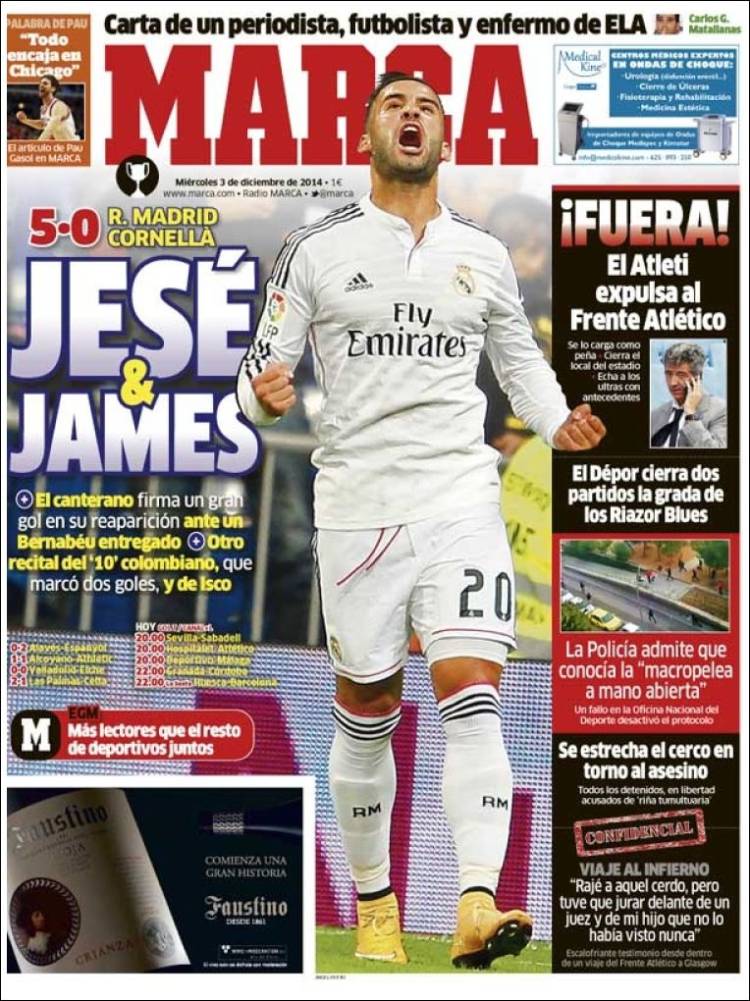 Another recital from the Colombian No 10, who scored two goals, and from Isco

A journalist, a footballer and patient’s letter from ELA

Out! Atleti expel the Frente Atletico

They get rid of them as a supporters club, close their part of the stadium, and eject the Ultras with criminal records

The police admit they knew about the “open-handed fight”

A failure in the National Sports Office deactivated the procedure

They are closing in on the murderer’s social circle

“We’ll get inside that group if we have to go in front of a judge, and my son was never seen again”

The frightening testimony from inside a Frente Atletico trip to Glasgow 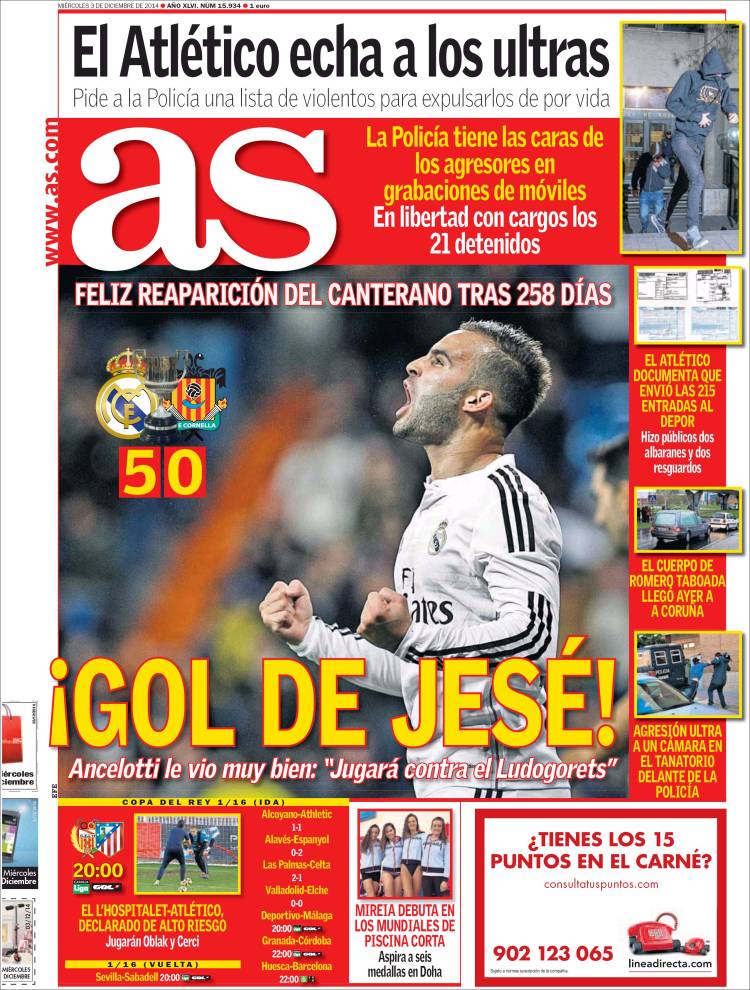 A happy reappearance from the youth player after 258 days

Ancelotti sees him as very well: “He will play against Ludogorets”

The police have the aggressors’ faces on mobile recordings

The 21 arrested at large with charges

Atletico document that they sent 215 tickets to Depor

The body of Romero Taboada arrived in La Coruna yesterday 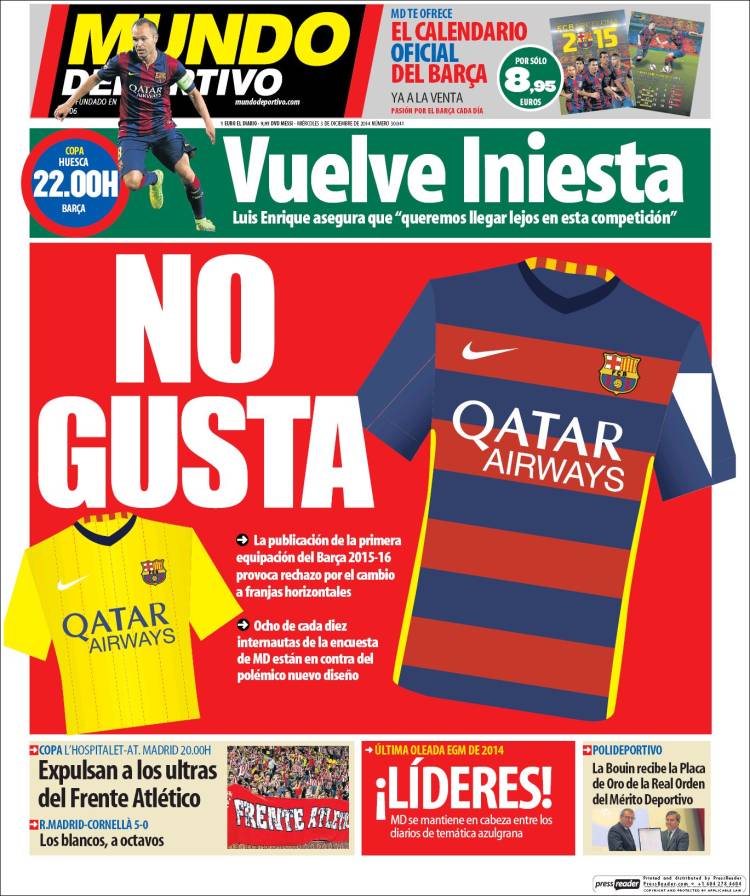 Los Blancos, into the Last 16