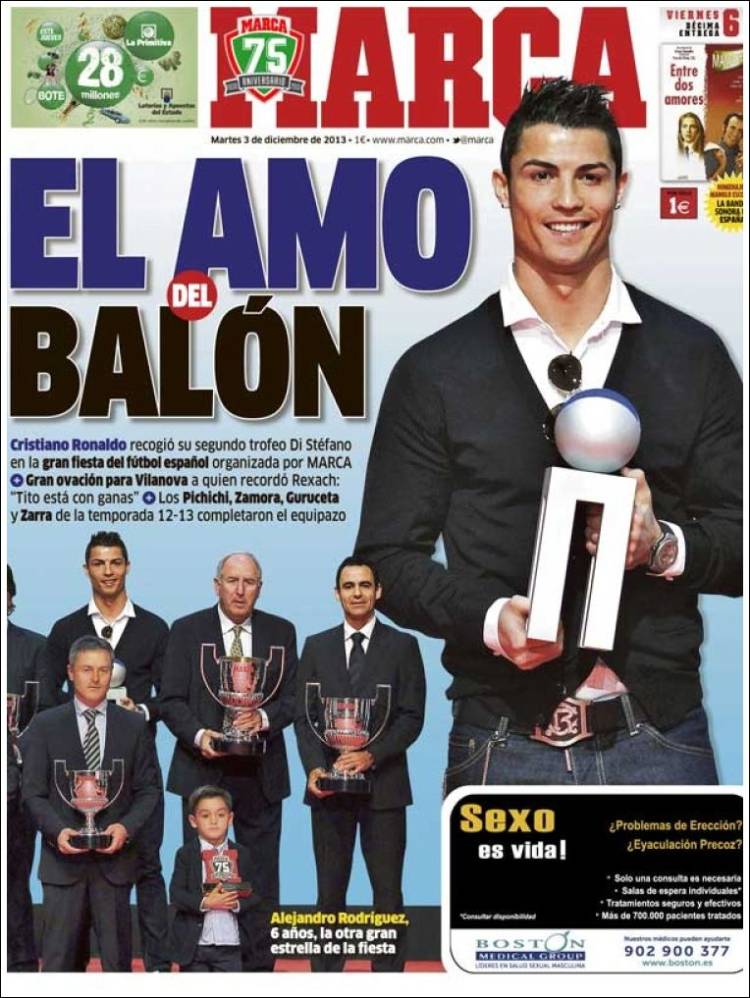 The Soul of the Balon

A great ovation for Vilanova, who Rexach remembered: "Tito is enthusiastic"

The Pichichi, Zamora, Guruceta and Zarra of the 12-13 season makes for a great side

Alejandro Rodriguez, 6-years-old, the other great star of the fiesta 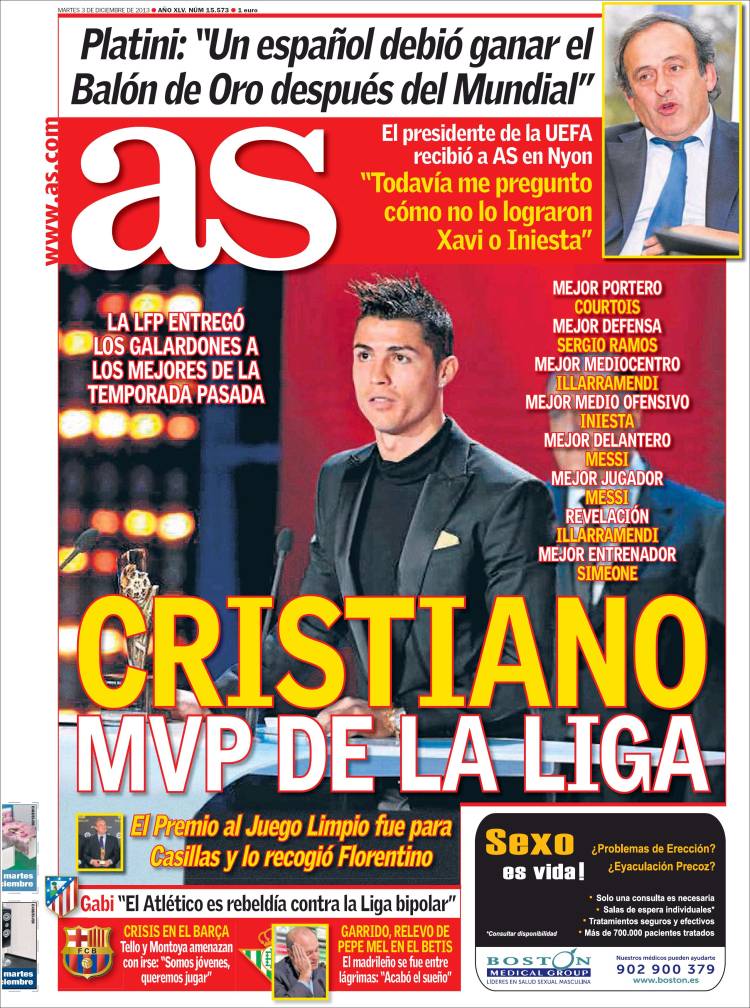 The LFP awards the best of last season

The award for Fair Play went to Casillas, recognised by Florentino

Gabi: "Atletico is the rebel in a bipolar La Liga"

Tello and Montoya threaten to leave: "We are young and we want to play"

The Madrileno left amid tears: "The dream is over"

Platini: "A Spanish player should have won the Balon d'Or after the WOrld Cup"

The UEFA President receives AS in Lyon: "I still ask myself how Xavi or Iniesta have not won it" 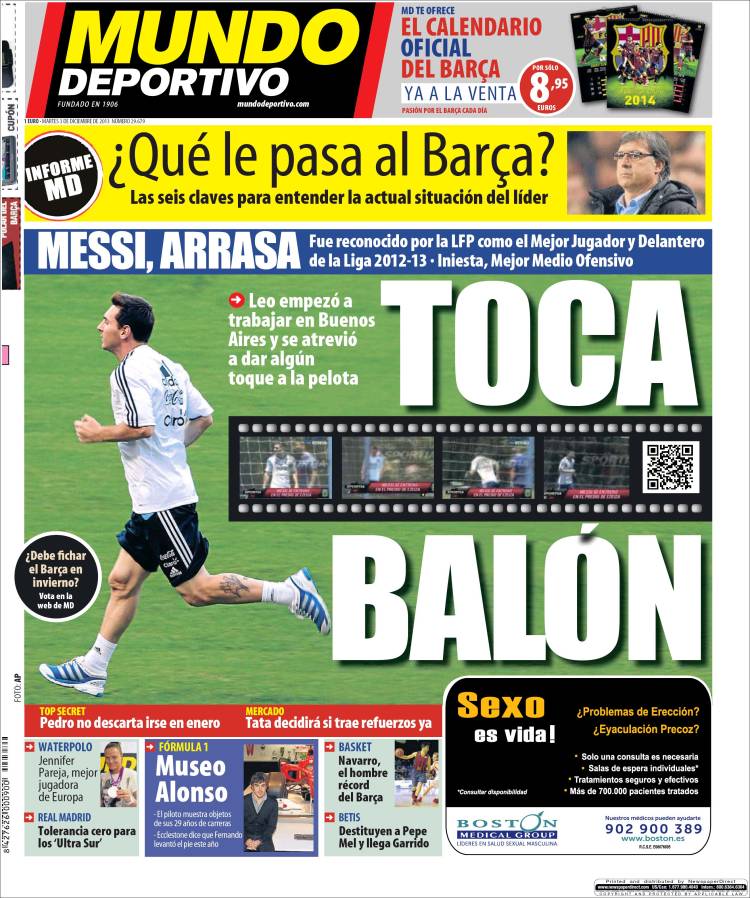 Playing with the ball

What has happened at Barca?

The six keys to understanding the current situation of the leader

Messi sweeps up the awards

Pedro thinking of leaving in January

Tata will decide if he needs reinforcements